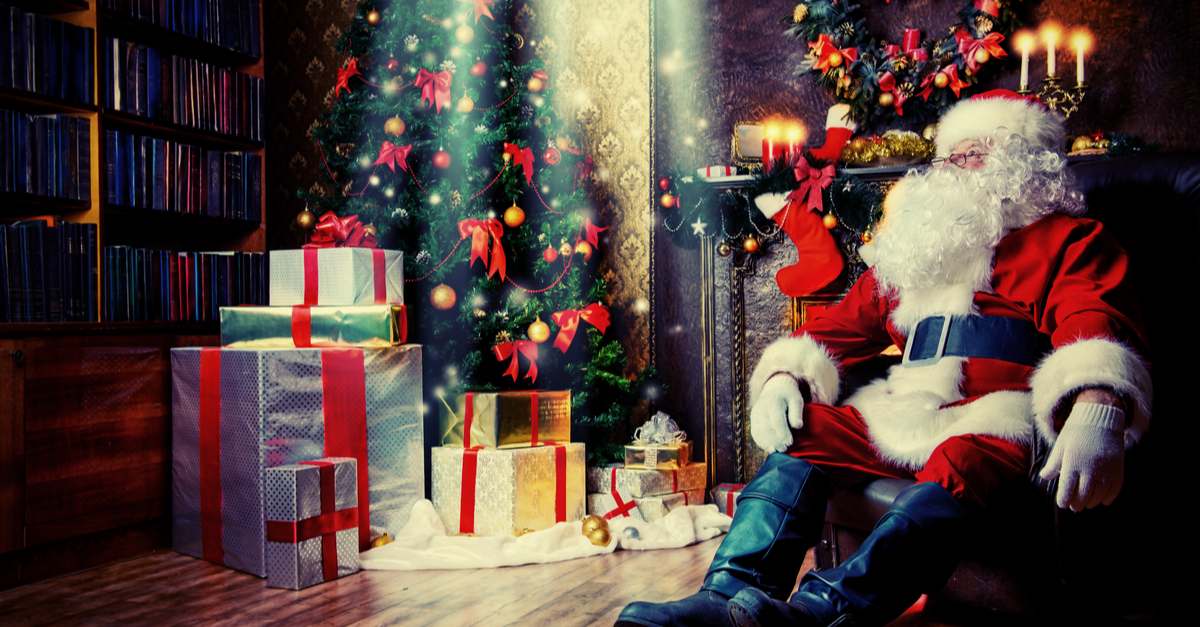 The following article, Fauci Uses Santa as Prop for Shot Promotion, Says Kris Kringle Is OK Because He Got Booster, was first published on Flag And Cross.

Not content with his sway over the United States, American COVID czar Dr. Anthony Fauci is apparently extending his sphere of influence to encompass the North Pole, as well.

For the second year in a row, the director of the National Institute of Allergies and Infectious Diseases is taking an unusual interest in the vaccination status of one Kris Kringle, letting children and their parents know that Santa Claus has gotten his booster jab.

Fauci has used these PR offensives time and again to try and break down any resistance to his agenda. Here at The Western Journal, we’re resolute in our opposition to Fauci’s technocratic omnipresence in our daily lives — and you can help us by subscribing.

“As Christmas approaches, Santa is making a list and checking it twice. He’s also ready to deliver presents around the world after receiving his COVID-19 booster shot, according to Dr. Anthony Fauci, the nation’s leading infectious disease expert,” the paper reported.

“This year he is even more protected because he has been fully vaccinated and boosted. Santa will be just fine and is good to go!”

Oh, well, thank heavens. My kids were beginning to wonder until we got the go-ahead from the good doctor. Now we can put up the tree!

This is our second Christmas where virtually every American and their children are distinctly aware of Fauci — and it’s the second one where he’s used Santa as part of a vaccine-awareness campaign.

Last year, Fauci told the same publication that Mr. Claus wasn’t at risk of “spreading any infections to anybody.”

“Santa is exempt from this because Santa, of all the good qualities, has a lot of good innate immunity,” Fauci said.

However, he told CNN that immunity wasn’t quite so innate. Instead, he said he’d personally vaccinated St. Nicholas.

Santa Claus will be coming to town this year, Dr. Anthony Fauci says.

“I took care of that for you,” he says. “…I took a trip up there to the North Pole; I went there and I vaccinated Santa Claus myself. I measured his level of immunity, and he is good to go.” #CNNSesameStreet pic.twitter.com/CNJ520XTew

“Well, I have to say I took care of that for you because I was worried that you’d all be upset,” Fauci said in an appearance on the network last December.

Yes, because the NIAID director had nothing better to do than sit on a plane to the North Pole for 12 hours to give Santa his inoculation. If the toy factory up there doesn’t have access to health care of their own and needs to rely on our COVID czar to administer the eponymous Fauci ouchie, the vaccines should be the least of everyone’s worries. It’s time to get Santa’s elves the tinsel-lung treatment they all deserve, I say.

No, it’s not unusual for Santa to be used for everything from raising money for the Salvation Army to hawking fizzy sugar-water for Coca-Cola.

It’s a bit different, however, when the most powerful unelected bureaucrat in America since World War II is commandeering Kringle for his own machinations, which — like it or not — aren’t universally popular.

This was pathetic enough last year when Fauci appeared on CNN to talk about giving St. Nicholas his shot. This year, it’s not just pathetic, it’s divisive. Yes, Virginia, there is a Santa Claus — and he’ll be giving Dr. Fauci a whole lot of coal this year.

Continue reading: Fauci Uses Santa as Prop for Shot Promotion, Says Kris Kringle Is OK Because He Got Booster ...