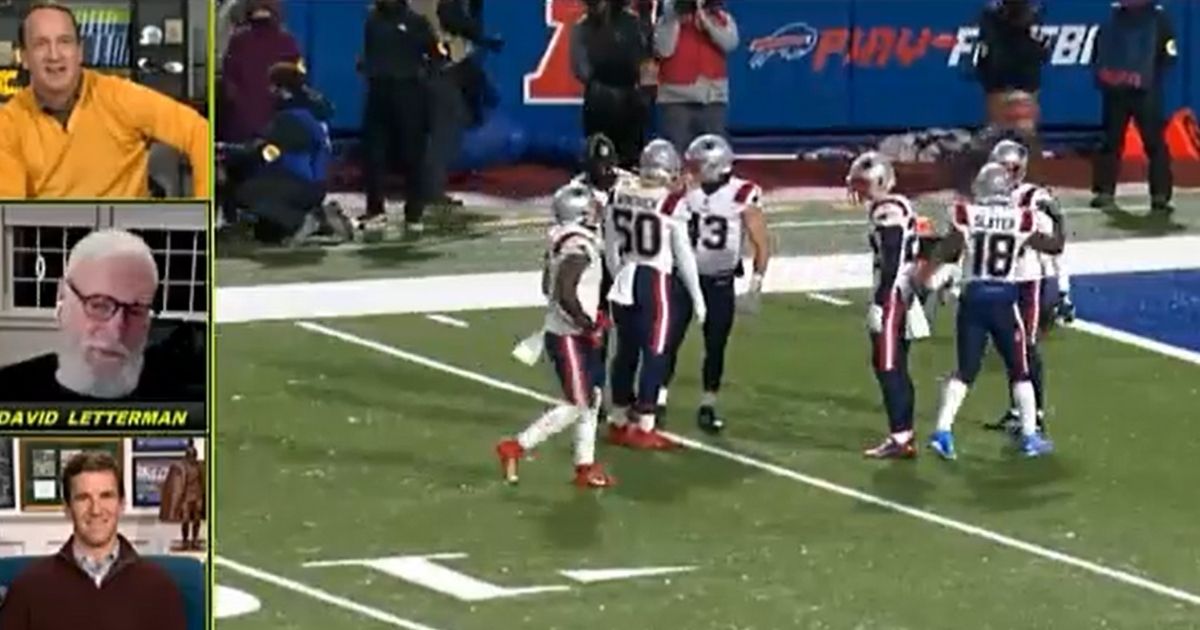 After an unflattering anecdote about NFL Commissioner Roger Goodell was zapped in midstream Monday night, ESPN was mocked for trying to protect Goodell.

The “ManningCast” with brothers Peyton and Eli Manning was in full swing on ESPN2 during the “Monday Night Football” game between the New England Patriots and Buffalo Bills, with former late-night host David Letterman popping in to poke fun at Patriots head coach Bill Belichick.

“You get the guy who blows his nose in his hand and then wipes his sweatshirt…” – David Letterman on Bill Belichick #ManningCast pic.twitter.com/4wOgHk0FtU

Letterman, an Indianapolis Colts fan, then spoke about his appearance at the unveiling of the statue of Peyton Manning outside Lucas Oil Stadium. He was among the speakers at the October 2017 event.

The former host of the CBS “Late Show” was on a roll as he wound up, Brobible noted.

“I also sat next to Roger Goodell and Roger Goodell says to me, what are you going to do when you get up there?” Letterman recounted. “And I say, ‘I’m going to talk about Peyton and the city and what he’s done for the town and his career and try to make some jokes …

No one will ever know what Letterman was going to say because ESPN picked that moment to cut to a commercial.

“Given this is a broadcast that’s refused to hit the dump button on people cursing and Eli throwing up the double birds on camera, it’s funny to think the line gets drawn at possibly making fun of Roger Goodell,” Robby Calland wrote on Uproxx.

Many on Twitter also doubted that this was merely a technical issue or coincidental timing.

They just cut Letterman off when he mentioned Goodell getting booed!

Letterman talking Goodell gets cut out to a USAA Gronk commercial…. This is no coincidence.

Lol they just cut off letterman because he was bashing Goodell

Did they just cut Letterman in the middle of his Goodell getting booed story?

Goodell was in fact booed mercilessly upon the occasion, according to CBS News.

That event came even before the commissioner in the wake of protests over the death of George Floyd last year, aligned the league with the Black Lives Matter movement.

“I personally protest with you and want to be part of the much-needed change in this country.

“Without black players, there would be no National Football League. And the protests around the country are emblematic of the centuries of silence, inequality and oppression of black players, coaches, fans and staff.

“We are listening. I am listening, and I will be reaching out to players who have raised their voices and others on how we can improve and go forward for a better and more united NFL family.”