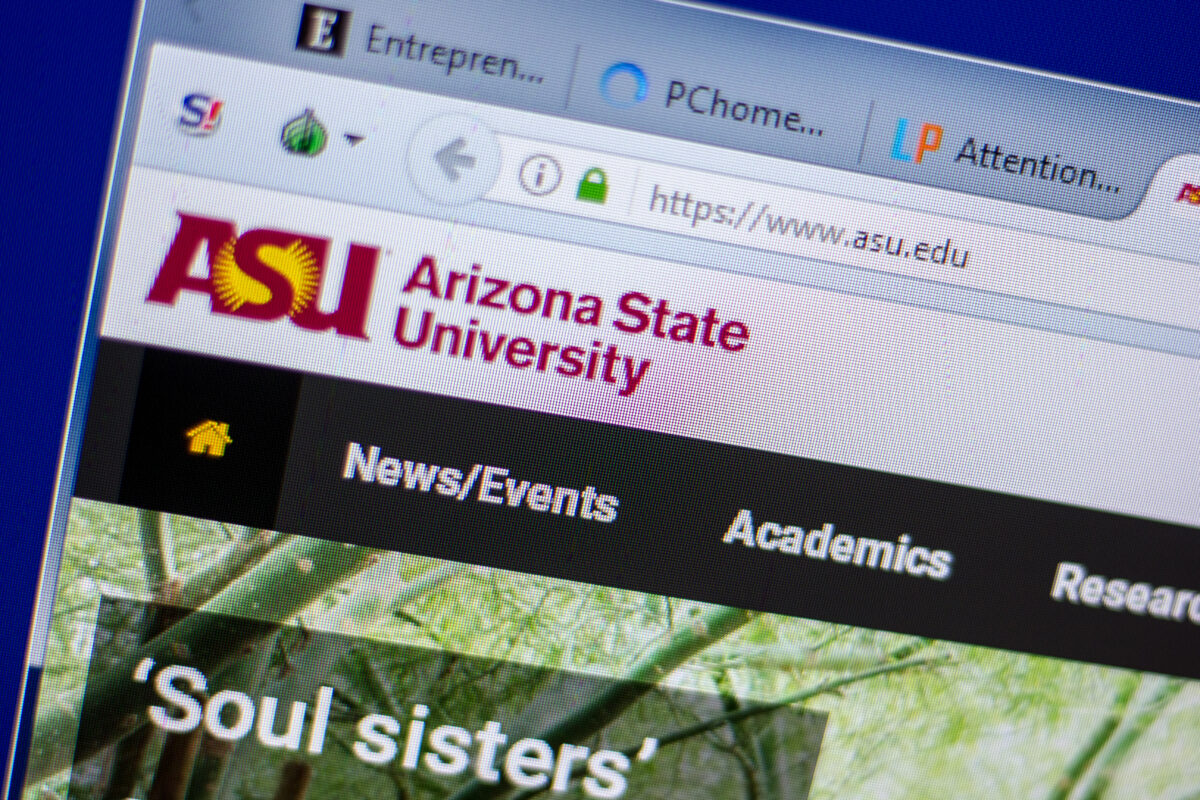 During a recent appearance on Blaze TV’s “You Are Here,” Rittenhouse told host Sara Gonzales as much.

“ASU, Arizona State University — I’ll be there in the spring!” Rittenhouse said according to Law Enforcement Today.

The show’s host then responded to Rittenhouse with a follow-up question –“Weren’t there people protesting that?”

Indeed, the leftists over at ASU made quite a fuss when they found out Rittenhouse had been taking classes there remotely.

The Arizona State University Students for Socialism, Students for Justice in Palestine, Multicultural Solidarity Coalition and MECHA de ASU all planned a protest together demanding Rittenhouse be booted from the college, despite only ever being guilty of exercising his right to self-defense.

ARIZONA: Kyle Rittenhouse didn’t get a guilty verdict because he was F*cking WHITE!”

ASU socialists protest Kyle Rittenhouse attending online classes at the university even though he is no longer enrolled at the school pic.twitter.com/StRU30QMRo

Apparently, these students didn’t watch the trial too closely.

First, they falsely claimed Rittenhouse is a white supremacist, a claim that was shown to be completely baseless during the trial’s proceedings.

Second, one of the ASU protesters claimed Rittenhouse had killed “black and brown people.” This, too, is untrue; all three of the aggressors shot by Rittenhouse (two of whom were killed) were white.

According to Rittenhouse, the protests didn’t work.

Following the student outcries, officials at ASU claimed Rittenhouse was not actually enrolled at the school.

“Kyle Rittenhouse has not gone through the admissions process at Arizona State University and is not enrolled in the Edson College of Nursing and Health Innovation,” the school said, according to Law Enforcement Today.

“ASU can confirm that Mr. Rittenhouse enrolled as a non-degree seeking ASU Online student for the session that started Oct. 13, 2021, which allows students access to begin taking classes as they prepare to seek admission into a degree program at the university.”

A spokesperson for Rittenhouse — Dave Hancock — told Fox News that Rittenhouse had withdrawn from classes last semester and, “now that the trial is behind him,” will be returning to classes “in-person” soon.

“Amid his most recent semester, Kyle’s professors at Arizona State University recommended a compassionate withdrawal of his online classes. Now that the trial is behind him, Kyle is eager to enroll in more classes. He is hopeful that attending Arizona State in person will soon be an option,” Hancock said.

It’s looking like Rittenhouse will be attending school in person. Given this fact, expect more news of leftist meltdowns to come out of ASU in the near future.