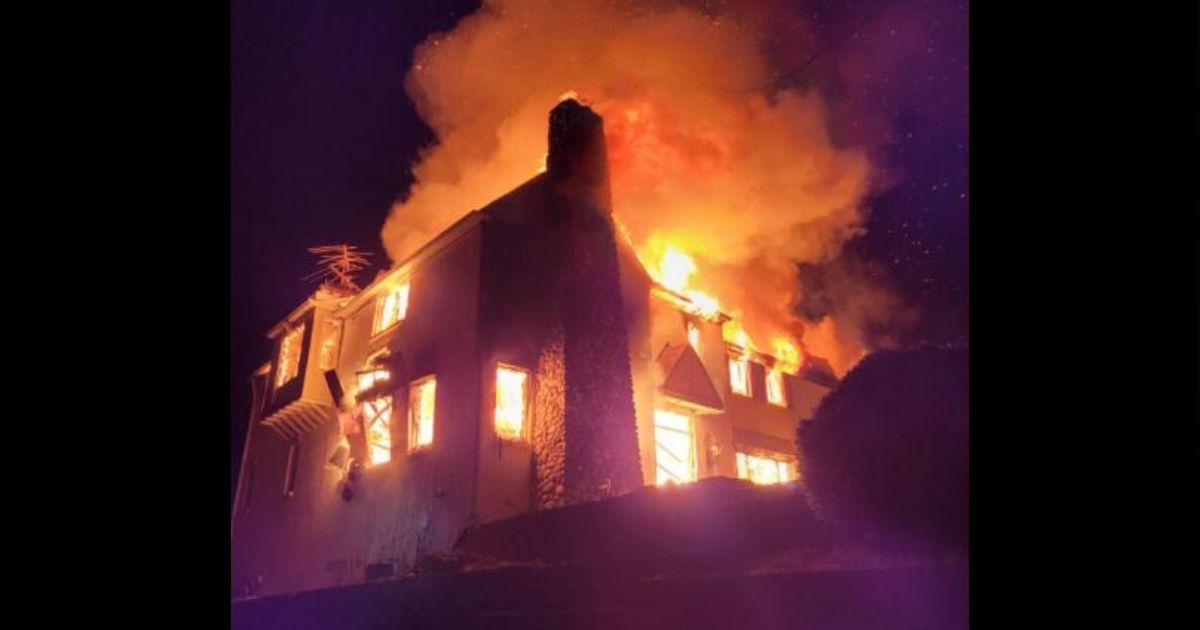 The following article, Man Accidentally Burns Down His Million-Dollar Home Fighting Snake Infestation, was first published on Flag And Cross.

When people mention spotting a spider, a snake or another creepy crawly in their home, one (mostly) joking reaction is that the place should be burned down.

But for one man in Dickerson, Maryland, that was a very real — if unintended — consequence of a method he reportedly used to rid his home of snakes.

It’s a bizarre tale, certainly: A man attempts to handle what he determined to be a snake infestation with live coals and accidentally sets his $1.8 million home on fire.

According to WJLA-TV in Washington, the owner of the home in the D.C. suburbs used live coals to smoke out the unwanted reptiles but ended up smoking out himself and most of the value in the structure after the coals got too close to combustible material in the basement and started a fire.

Around 10 p.m. on Nov. 23, 75 firefighters showed up, but the house was already engulfed in flames and had begun to collapse.

The home, which according to Redfin was built in 1977 in the Tudor style, boasted six bedrooms and seven bathrooms and sat on nearly 25 acres.

One of the features of the manor was a nearly mile-long drive to the house without any fire hydrants, which proved to be a problem when fire crews arrived and couldn’t locate any nearby water hookups.

Conservation specialist Beth Schlimm told WTTG-TV in Washington it wasn’t impossible for homeowners to find snakes seeking refuge from the elements by hunkering down in homes.

“During the wintertime, like any other animal, you know they’re naturally going to want to find a space where they can stay warm and they’re not going to freeze,” Schlimm said.

“So typically that might mean finding a crevice in a fallen tree or in a pile of rocks. But occasionally they find a crack in someone’s foundation to their house.”

According to Montgomery County Fire and Rescue Service spokesman Pete Piringer, the fire started in the basement, where the owner had left the smoking contraption to do its work.

“Whatever process was being used, and there was number off, they believe a number of platforms — metal buckets, containers of various kinds used, throughout, creating the smoke,” Piringer said.

“And they believe some of that, again, combustibles, in this case, may have been a wall or some other combustible material, too close to the heat source,” he said.

Needless to say, officials do not recommend using this method to combat unwelcome snakes, for reasons so clearly demonstrated in this case.

Thankfully, no one was injured in the blaze, which was deemed accidental, and the owner very likely accomplished what he set out to do.

While no one has been able to determine the status of the snakes, it’s pretty safe to say they’re likely no longer a problem.