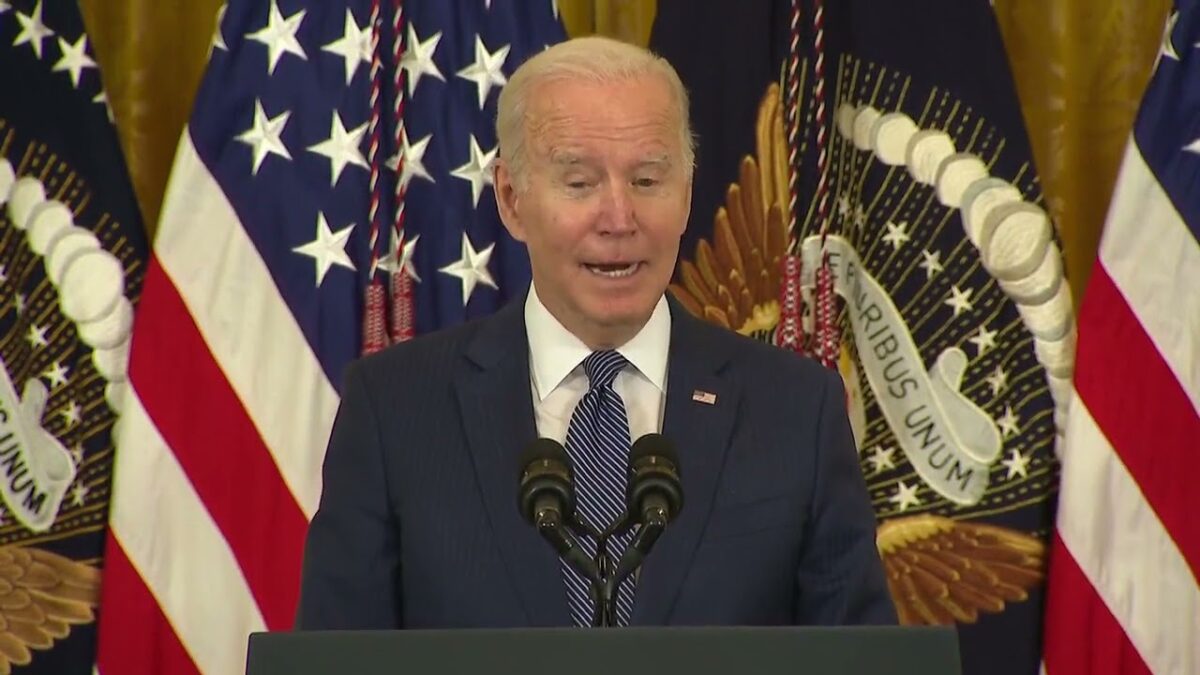 The following article, Biden Has Extreme Brain Malfunction on Live TV While Trying to Explain Gas Prices, was first published on Flag And Cross.

Speaking at an event in Kansas City, Missouri, on Wednesday, President Joe Biden touted a small drop in the price of gas.

“Two weeks ago, I announced the largest ever release of the U.S. strategic petroleum reserve to increase the supply of oil to help bring down prices,” he said. “Now today, the average price you’re paying here in Kansas City is below $2 a gallon” — blinks — “$3 a gallon, it’s down to $2.90 a gallon, 20 percent down from cents for — from a month ago.

“Nationally, prices are down seven cents a gallon and continue to fall. We’re making progress. We’re going to keep at it to ensure the American people are paying their fair share for gas.”

Biden has NO CLUE what he is saying and NO PLAN to lower gas prices. pic.twitter.com/iIqfpE8yWX

The truth is that it’s become painful to watch the president speak. Brain malfunctions like this one have become the norm with Biden. Although his handlers do their best to minimize his engagement with others to the greatest extent possible, these occasions cannot be entirely eliminated.

On the left, no one says a word about Biden’s obvious mental decline. But it is real.

Recently, I watched a video of then-Vice President Biden on a state visit to Ukraine in December 2015.

He had complete command of his mental faculties, his speech was clear and fluid, and he was leading. He was not searching for a teleprompter. He spoke extemporaneously before groups of people and didn’t appear to be dodging reporters.

From the moment Biden launched his presidential campaign in April 2019, it was apparent he had changed in the two years he had been out of the spotlight.

His ability to communicate had diminished noticeably. He would lose his train of thought and stumble over and even slur his words. It wasn’t his age — although he is now the oldest president in American history. We all know 90-year-olds who are as sharp as tacks.

The conservative media noticed the change immediately. The legacy media, of course, dismissed questions about Biden’s cognitive powers. No one was willing to admit that Biden’s verbal struggles were a sign of his deteriorating mental health.

Now, nearly three years have passed since his return to the national stage and the decline is undeniable.

Is there really anyone willing to step forward with a straight face and say there’s nothing wrong here?https://t.co/YwemWerdLS

The foreign media sees it.

In February, Sky News Australia host Cory Bernardi told viewers, “Never before has the leader of the free world been so cognitively compromised. It’s clear to me at the least that U.S. President Joe Biden is struggling with dementia and is clearly not up to the task he’s been sworn in to do.”

Biden’s mental decline has become too obvious for Democrats to hide.

When will his party finally admit that the emperor has no clothes?