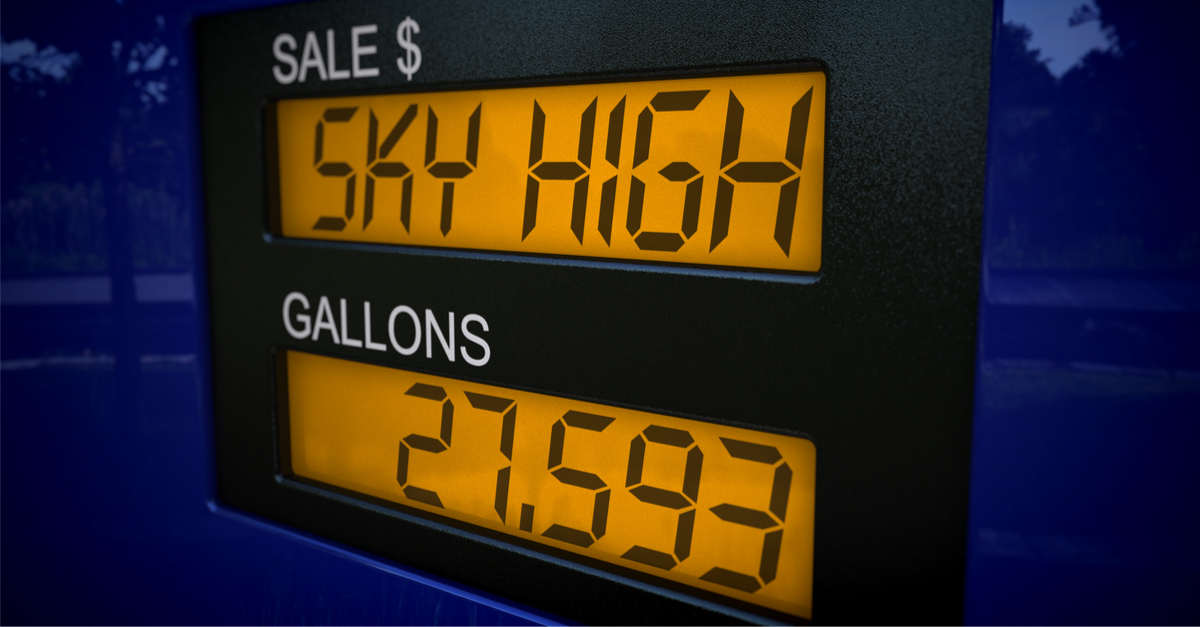 The following article, Watch: Biden’s Energy Sec Can’t Answer the Most Basic Question on Gas Prices, was first published on Flag And Cross.

Energy Secretary Jennifer Granholm did not have an answer to a basic question someone in her position ought to know: How many barrels of oil does the U.S. consume per day?

Gasoline prices are currently at a seven-year high, and the spike is a major component in the 6.9 percent inflation rate the nation is experiencing, the highest in 31 years.

At a White House news briefing Tuesday, Granholm said, “We, in this administration, are leaving no stone unturned as we examine the market to figure out what is behind the high prices.”

“This administration has been looking at every single tool that we can use to shield families from the rising cost of fuel,” the former Michigan governor added.

Granholm noted that President Joe Biden has authorized the release of up to 50 million barrels of oil from the Strategic Petroleum Reserve in the weeks ahead.

The SPR holds up to 727 million barrels. In 2020, former President Donald Trump ordered it to be filled when crude prices were low.

A reporter asked Granholm how many barrels of oil Americans consumes per day.

“I don’t have that number in front of me. I’m sorry,” she answered.

REPORTER: “How many barrels of oil does the U.S. consume per day?”

Energy Sec. Granholm: “I don’t have that number in front of me. I’m sorry.” pic.twitter.com/lToOjsLNLu

That’s quite a response after claiming the administration is “leaving no stone unturned as we examine the market.”

The most fundamental information one would need in examining the market would have to be the supply and the demand.

The reporter followed up citing a figure from the U.S. Energy Information Administration website stating that the country consumed a little over 18 million barrels a day in 2020, which was the lowest since 1995.

He pointed out that releasing 50 million barrels of oil would be the equivalent of less than three days consumption.

Granholm responded saying the intent was to make the oil available over the next weeks, not all at once, as a bridge intended to ease price pressures.

The secretary predicted the price would start to tick down through December and into the new year.

However, Granholm emphasized multiple times that the Biden administration’s long-term solution is to “build clean,” with power sources like wind and solar.

The United States is producing nearly 2 million barrels of oil a day less under Biden than it was at its peak under Trump, during whose administration the nation became a net energy exporter for the first time in nearly 70 years.

Granholm told reporters she is not sure why oil production has not bounced back, noting there are 150,000 fewer workers in the industry now and 250 fewer rigs working than pre-COVID.

Well, let me help the secretary.

On Biden’s first day in office, he canceled the Keystone XL pipeline, which was slated to transport over 800,000 barrels of oil a day from Canada to refineries in Texas.

And he paused issuing oil exploration permits on federal lands, and his Interior secretary closed down drilling in the Arctic National Wildlife Refuge in Alaska too.

The EIA reported in April that oil production in the Last Frontier reached its lowest level in more than 40 years in 2020.

The downward trend has been continuing since the late ’80s and opening ANWR, which likely holds over 10 billion barrels of untapped oil reserves, offered an opportunity to reverse the trajectory.

Earlier this month, Granholm laughed when asked what her plan is to increase oil production in America.

“That is hilarious,” she responded. “Would that I had the magic wand on this.”

Biden and the Democrats are out-of-touch with how their failed policies hurt working families.pic.twitter.com/9lbi2Nzx5I

You know former President Barack Obama in 2016 said there was no magic wand that Trump could wave to bring factory jobs back, but the 45th president found it.

He also located the wand that enabled the U.S. to become the top oil producer in the world.

If Granholm and Biden have any questions, just look to Trump’s policies, and the way back to lower prices will become very clear.