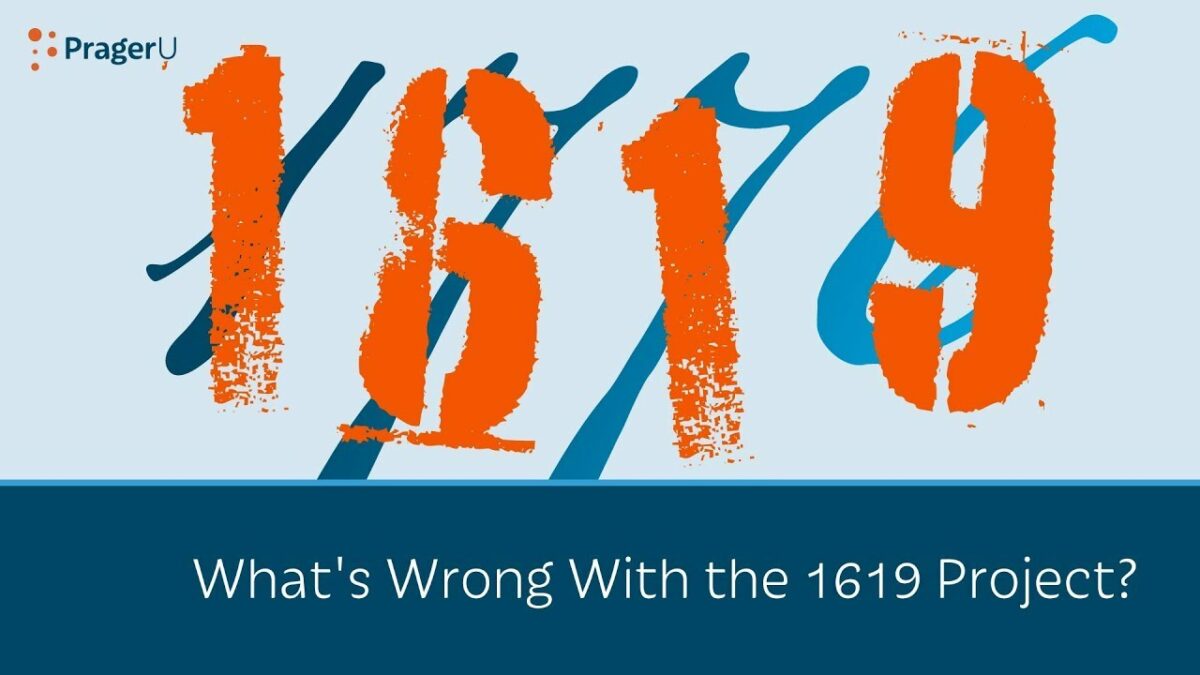 Legendary civil rights leader Robert Woodson is an American hero who champions excellence. Woodson has taken on the villainous Nicole Hannah-Jones, who recently released an expanded version of her anti-American essay collection, “1619 Project,” which emphasizes horror over heroism in its depiction of American history.

“Nikole Hannah-Jones’ latest iteration of the controversial ‘The 1619 Project’ once again proves itself untrustworthy, and in some cases just as guilty of revisionism as the false histories it seeks to correct,” Woodson wrote in an article in the Daily Mail.

Woodson is a realist. He grew up fatherless in a low-income black neighborhood in Philadelphia. His experiences with segregation and racism led to his involvement with the civil rights movement in the 1960s. Although he had dropped out of high school, Woodson overcame the difficulties of his childhood and earned an Ivy League master’s degree.

His story is heroic. Woodson is no victim; he is an embodiment of excellence. He is a virtuous man.

The ‘1619 Project‘ is rather easily refuted. The claim, for example, that preserving slavery was the real cause of the American Revolution, which was a central point of the original publication, is demonstrably false and ignores issues like taxation without representation, the Stamp Act, and the list goes on.

As a realist, Woodson is fully aware of evil episodes in American history and past attempts to cover them up. The Commonwealth of Virginia,  for example, “required that American slavery be taught to school children as a benign institution in which happy and carefree bondsmen were grateful recipients of free food and housing,” Woodson noted. “This was not 150 years ago but as recently as the 1970s.”

The real problem, according to Woodson, is “the story of blacks in America as told in American classrooms is too often the tale of what has been done to us, not what we have done in response.”

Having spent his career helping low-income people of all races overcome poverty, Woodson has witnessed “countless Americans overcome homelessness, abuse, addiction, the loss of loved ones, and so much more to become successful, productive, and redeemed.”

Instead of focusing exclusively on the evils that men do — the oppressors who would do anything to keep the oppressed under their control — Woodson champions everyday heroes who have overcome incredible odds to succeed.

Hannah-Jones is not a victim, though she, and many like her, would teach students that all minorities are victims of white men bent on their domination.

“There is something particularly tiresome to me about middle and upper class educated blacks who never picked cotton or sat on the back of any bus being so aggrieved about wrongs they never even experienced,” Woodson writes. These are the same people who sow discord by obscuring the truth.

There is something surreal about it all. These people are either irrevocably cynical or dangerously delusional. Whatever the case, they are unbalanced in their treatment of history.

To illustrate the vitriol of those who seek to paint America as irredeemable for past sins, Hanna-Jones, in response to the Kyle Rittenhouse verdict, tweeted, “In this country, you can even kill white people and get away with it if those white people are fighting for Black lives. This is the legacy of 1619.”

In this country, you can even kill white people and get away with it if those white people are fighting for Black lives. This is the legacy of 1619.

Rittenhouse was cleared last week of all charges related to the shooting of three men in Kenosha, Wisconsin, during a riot.

This type of rhetoric by an influential public figure is a poison that stirs up hatred, rather than seeking its cure.

The 1619 Project is collection of essays that “ignited a firestorm of controversy not because most Americans want to deny that slavery was indeed terrible, but because the authors were weaponizing slavery to try to manipulate the country to adopt a progressive policy agenda that only a tiny fraction of Americans favor,” Woodson observed.

“By contrast, the Woodson Center’s 1776 Unites curriculum tells the stories of ordinary black Americans who suffered under slavery and segregation but triumphed and achieved remarkable things.”

The 1776 Unites curriculum was launched in 2020. The Woodson Center website says the curriculum “represents a nonpartisan and intellectually diverse alliance of writers, thinkers, and activists focused on solutions to our country’s greatest challenges in education, culture, and upward mobility.

“1776 Unites maintains a special focus on voices in the black community who celebrate black excellence, reject victimhood culture, and showcase the millions of black Americans who have prospered by embracing the founding ideals of America.”

Critical race theory, of which 1619 is but one iteration, seeks to create a world where sins can never be forgiven. This is hell. It is anti-American. It is a perversion of the Judeo-Christian values upon which America was founded.

In fact, it is a perversion of the Western tradition writ large. From Leonidas at the Hot Gates to WWII, free men have stood against tyrants. Critical race theory promotes tyranny.

Throw Big Tech into the mix and you have a dystopian nightmare brewing. Today’s would-be tyrants envision a world where the people are willingly enslaved. For that to happen, everything needs to be in black and white: the oppressed and their oppressors. This is what they are teaching in our schools.

There is no room for heroes in this dark vision. Like all totalitarians, Hannah-Jones and her ilk seek to be oppressors, rather than the oppressed. There is no other option in their nightmarish world.

Thank God for people like Bob Woodson. He is a realist and a hero, not an ideologue. He lives in reality, not a manufactured version of it.

Heroes, by nature, are living examples of excellence. Students need examples they can look up to, not hate.

We need the 1776 Unites curriculum in our classrooms. Students need to unfold their human potential instead of stunting it by way of false dichotomies and reductionist myths.