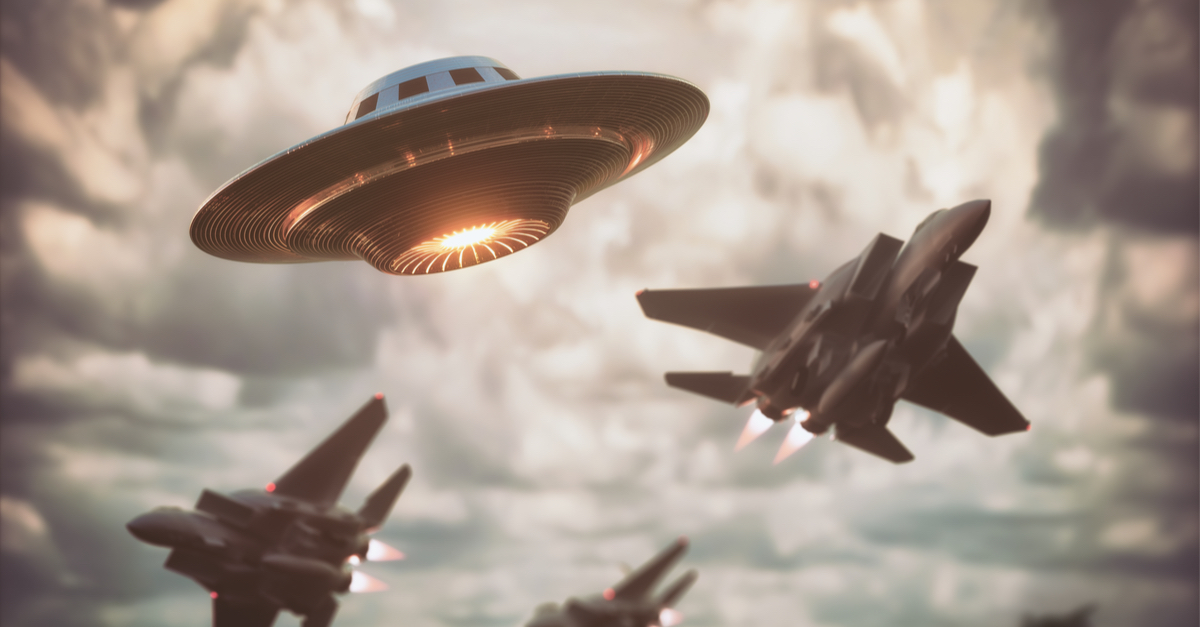 The following article, Pentagon Gets Serious About Threat of UFO’s in Restricted US Airspace, was first published on Flag And Cross.

Something is out there, after all, and the US government has finally decided that it’s time to get serious about it.

For decades, the feds have denied and deflected just about every facet of the UFO phenomenon, making plenty of ordinary Americans feel silly about their extraordinary experiences.

But all that is changing, especially now that these sightings seem to be concentrating over restricted US airspace, and with whatever these craft are seemingly fixated on shadowing our military.  The Pentagon has now been forced to get serious about it.

US defence officials have announced the launch of a task force to investigate reports of unidentified flying objects in restricted airspace.

The group will assess objects of interest and “mitigate any associated threats”, the Pentagon said on Tuesday.

The new group will be overseen by top military and intelligence leaders.

The Airborne Object Identification and Management Synchronization Group will “detect, identify and attribute objects of interest in [special use airspace]”, Deputy Defence Secretary Kathleen Hicks said in a memo to senior Pentagon leadership on Tuesday.

The shift in approach arrived after the infamous “Nimitz” incident, in which Navy fight pilots interacted with a “Tic Tac” shaped object off the coast of California for several hours, recording the experience on their jets’ advanced targeting systems.

Continue reading: Pentagon Gets Serious About Threat of UFO’s in Restricted US Airspace ...