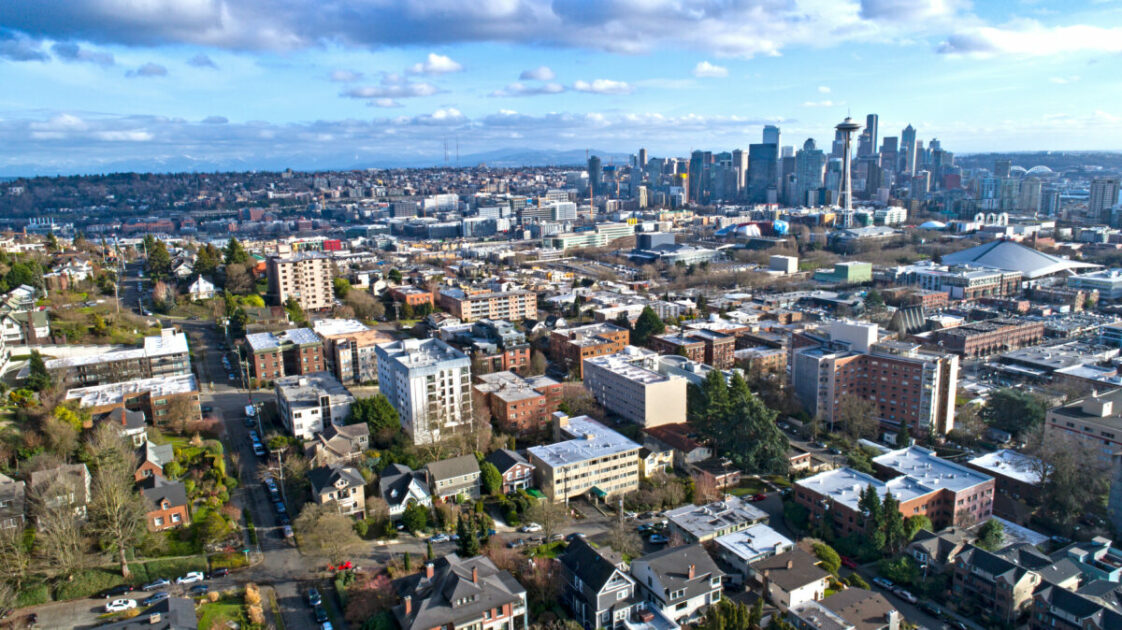 The following article, Leftists Claim Critical Race Theory Isn’t Being Taught in Schools, But in Seattle, They Aren’t Even Hiding It, was first published on Flag And Cross.

It’s the party line on critical race theory: It’s just a legal theory that’s being used in academia, and it’s definitely not being taught in our schools.

The Associated Press’ Bryan Anderson wrote earlier this month that the term “seemed to appear in statehouses and at political rallies almost from nowhere. Over the past year, it has morphed from an obscure academic discussion point on the left into a political rallying cry on the right.”

He added that there was “little to no evidence that critical race theory itself is being taught to K-12 public school students, though some ideas central to it, such as lingering consequences of slavery, have been.”

The chairwoman of the school board in Loudoun County, Virginia — arguably ground zero for the debate over critical race theory — said during an October interview with NBC News’ “Meet the Press Reports” that CRT was “not in our curriculum,” adding that the term “has been manipulated to replace what is really equity initiatives and teaching students about their biases and our teachers about their biases.”

In one of America’s most liberal cities, however, they’re not even hiding the fact it’s part of the curriculum.

According to a Monday report from the Washington Examiner, Seattle Public Schools openly acknowledges teaching critical race theory as part of a mandatory class and employs an individual who “is responsible for building leadership racial capacity through a critical race theory lens to analyze common practices and procedures within SPS Central Office.”

In addition, City Journal’s Christopher Rufo — who has published a series of exposés on critical race theory in public schools — unearthed documents showing that critical race theory was being taught to Seattle Public School employees as part of “racial equity training” and that the district had “School Racial Equity Teams” that “focused on Critical Race Theory.”

In an explainer for a course called “Black Studies” on its website, Seattle Public Schools said the class “focuses on Black/African American experiences from a national and global perspective.”

SPS said it was “working to develop liberatory curriculum for grades K-5 that embeds Black Studies across all subjects, and to create a district-wide Black Studies course for middle and high school students that will be required for graduation from Seattle Public Schools.”

The concept of colorblindness, CRT proponents claim, precludes a proper reckoning with America’s racial past. They say our existing cultural framework should be analyzed with an eye toward equity.

While only a component of the course, one can espy CRT’s influence in the flurry of buzzwords used to describe the Black Studies class. This isn’t just, as the AP’s Anderson described it, teaching Seattle students about the “lingering consequences of slavery.”

What’s more, the Examiner reported that a CRT specialist is employed by Seattle Public Schools in its Department of Racial Equity Advancement.

Rufo, meanwhile, tweeted documents that showed critical race theory had manifested itself in other ways in Seattle’s public schools:

Ballard High School even has a course that explicitly teaches critical race theory. They’re not even trying to hide it. pic.twitter.com/MDXb2VSONo

This is what you’re able to say in a city like Seattle where that kind of language isn’t going to touch off a parental revolt. Anyone who lives in Seattle and sends his or her kids to public schools already knows what SPS is willing to countenance.

Consider that the district was planning to send children back to the classroom this past spring with homeless encampments still on the grounds of several schools and you get an idea of how far to the left pedagogy in the Pacific Northwestern metropolis has gone.

In places such as Virginia’s Loudoun and Fairfax counties, however — where we saw the loudest parental revolts this year — things aren’t so uniformly illiberally liberal. Thus, schools can’t say that the concepts of critical race theory have been absorbed into the curriculum, even with evidence they have been.

Without a fight, rest assured educators will be saying the quiet part out loud in a few years — just like they’re doing in Seattle now.

Remember: The goal is that they no longer have to hide that you’re paying to send your kids to be indoctrinated this way. Those on the left just know that if they come right out and admit it, they lose elections.

Continue reading: Leftists Claim Critical Race Theory Isn’t Being Taught in Schools, But in Seattle, They Aren’t Even Hiding It ...