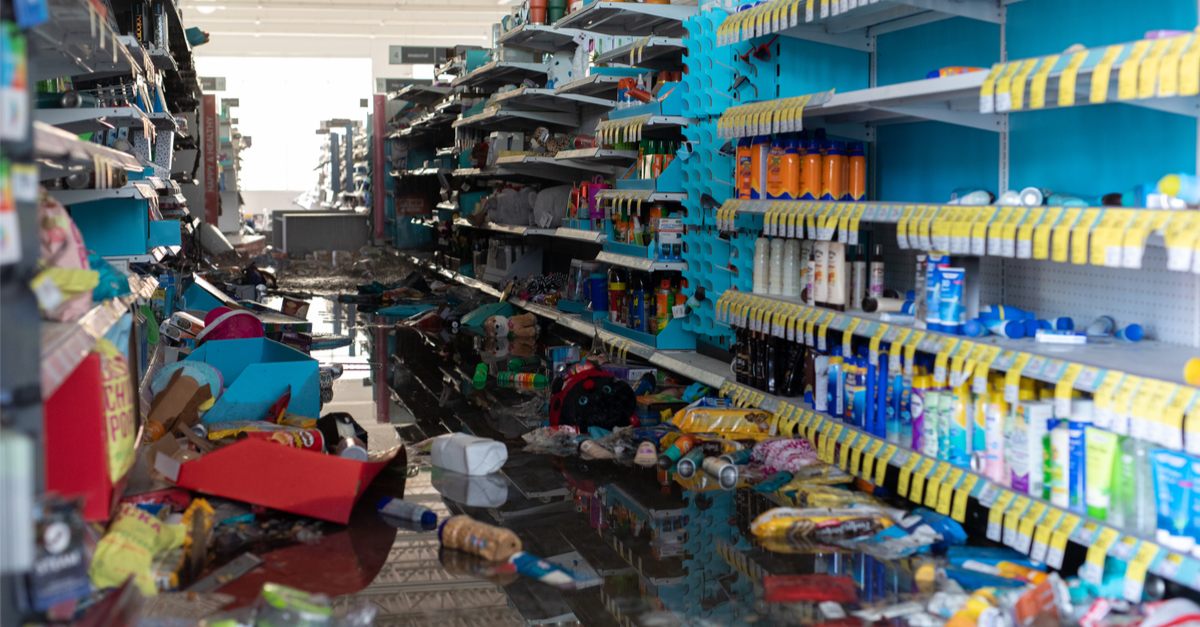 The holiday season, for all of its glory and kindness, and its emphasis on the human spirit, also brings with it a traditional uptick in petty crime.

Much of the reason for this comes from the additional fiscal requirements of Thanksgiving, Christmas, Hanukkah, and New Year’s Eve, with gift-giving, travel, drinking and dining being loaded into the last 6th of the entire year.  To accommodate the expectations, there are many among us who’ll turn to thievery and con-jobs in order to offset the costs of November and December.

In 2021, this financial stress has manifested itself in several high profile, brazen acts of mass looting, and police are having trouble keeping up.

Mobs of thieves ransacked at least two dozen San Francisco area businesses over the weekend, as smash and grab incidents rage in the Bay Area.

The mobs of thieves hit a handful of pharmacies and marijuana dispensaries in Oakland, including the Wellspring pharmacy that released surveillance video of the scene to the media. Police added that the mobs in Oakland fired 175 shots during the incidents, forcing officers to pull back to safe locations, The Mercury News reported.

Some of these incidents were caught on camera:

The pharmacy sped up the video & said their employees all came in today & restored the pharmacy so patients could get their meds tomorrow.

The incidents have been largely compounded by widespread corporate policies that instruct employees not to interfere with shoplifters, due to cruel fact that these companies would be far more fiscally liable for the injury of an employee than the loss of inventory.