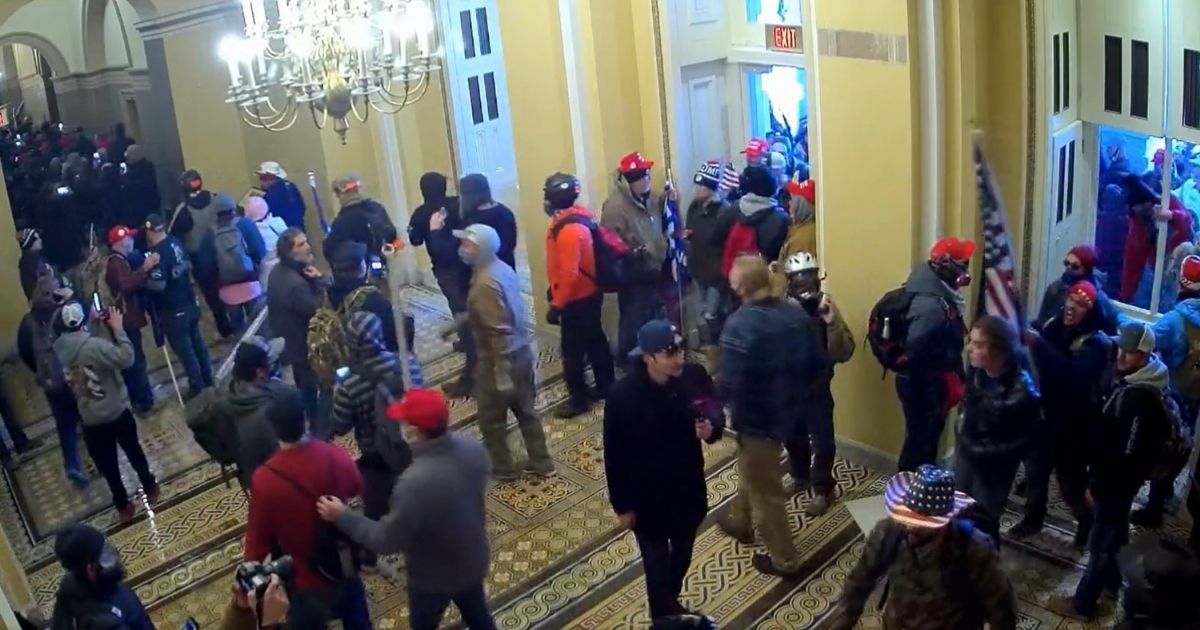 The following article, Unseen Video: Jan. 6 Looks More and More Like a Trap for Trump Supporters, was first published on Flag And Cross.

Given their way, the establishment media would have you believe that thousands of Trump supporters planned an insurrection and forcefully entered the Capitol building on Jan. 6.

“Capitol Punishment” tells the real story from that day, and you can sign up now to get never before seen accounts when the film premieres on Thanksgiving Day.

As footage has shown, there were some people who acted violently on Jan. 6. But that was not the case around the entire perimeter of the Capitol building.

Derek Kinnison was at the Capitol on Jan. 6, and he said his experience was much different from the one the establishment media has portrayed.

“We saw a set of open doors,” Kinnison said in the film. “My partner Tony, he looked at me, I looked at him. He said, ‘What do you think about that?’ And I said, ‘I don’t like it.’

If you want to hear shocking stories like Kinnison’s and many more, sign up today to secure your copy of “Capitol Punishment” for its Thanksgiving Day debut.

Even though Kinnison did not enter the Capitol, he told filmmakers the FBI showed up at his house in full force. His partner, Tony Martinez, also faced fully armed agents at his front door.

“There was a sense of, also, of course this is happening,” Martinez told The Western Journal of his feelings when the FBI arrived.

Kinnison and Martinez both said their daughters were home when the FBI arrived.

The men said neither of them had any idea their families would be subjected to those circumstances because the FBI arrived unannounced without previous attempts to contact them.

This is the treatment many people are facing from the federal government for the simple act of going to the Capitol building and asking questions about the legitimacy of the 2020 election.

If you want to hear more stories and uncover the truth behind the media lies regarding Jan. 6, sign up now to watch “Capitol Punishment” on Thanksgiving Day.