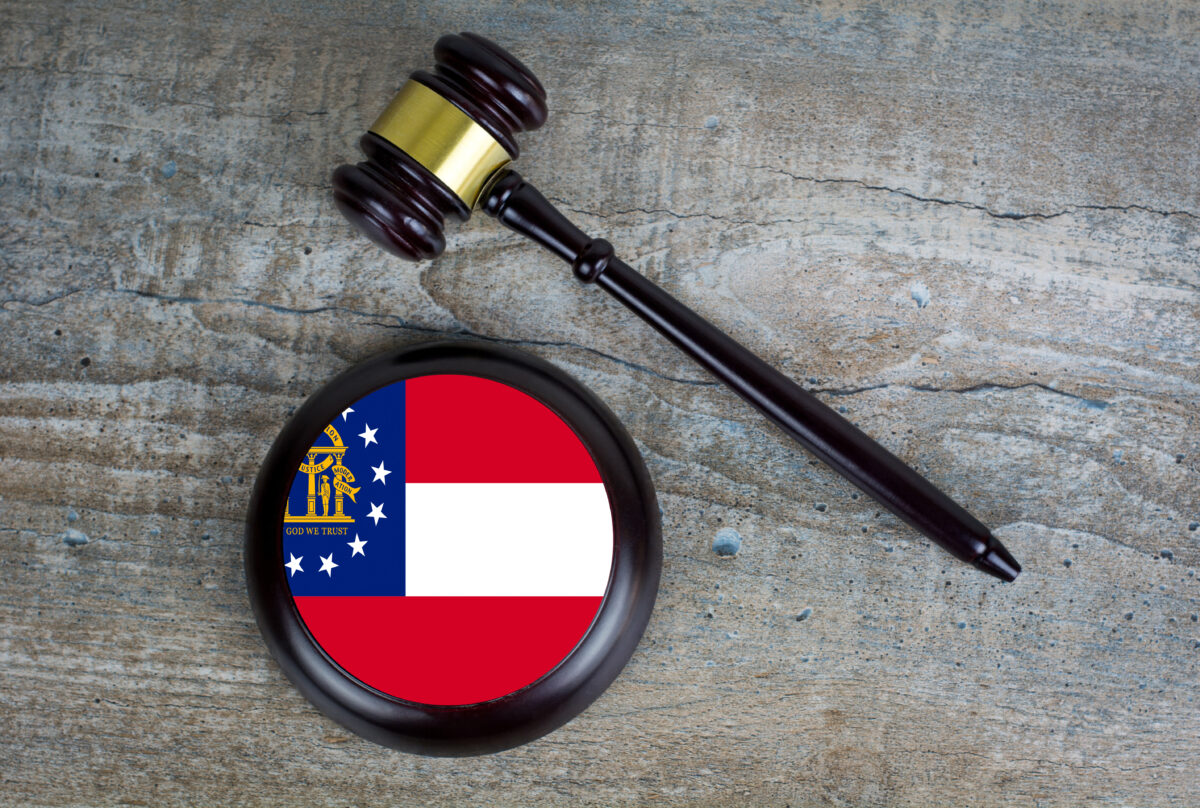 The following article, Three White Men Murdered a Black Man Found Guilty: The Trial Mysteriously Not Covered by the Media, was first published on Flag And Cross.

While the Kyle Rittenhouse trial and verdict dominated headlines, the trial of the three men charged in Ahmaud Arbery’s death has been largely overlooked.

The three men on trial were Travis McMichael, his father, Gregory McMichael, and their neighbor William “Roddie” Bryan. Today the jury found them guilty in the death of Arbery.

It’s been more than a year and a half since 25-year-old Arbery was killed near Brunswick, Georgia, and over the past three weeks, the trial of the three defendants has been playing out.

On Feb. 23, 2020, while out on a run in a suburban neighborhood near Brunswick, Arbery was shot after an encounter with the three men.

The killing went largely unnoticed for a few months until on May 5, 2020, a video of the encounter and Arbery’s resulting death was released, according to CNN’s timeline of events.

According to the video, and the accounts from the three men convicted, they pursued Arbery through the neighborhood and tried to stop him. When he resisted, Travis McMichael shot Arbery three times.

The McMichaels said they thought that Arbery looked like a suspect that had allegedly been seen in the neighborhood and they suspected was involved in some robberies. So the McMichaels armed themselves, Gregory with a pistol and Travis with a shotgun, and pursued Arbery in a pickup truck through the neighborhood. Bryan later joined the pursuit with his truck, as the BBC reported.

After the video of the conflict and shooting surfaced, the McMichaels were arrested on May 7, 2020. A few days later, Georgia’s attorney general requested a federal investigation into the incident. After that, Bryan was arrested on May 21, 2020.

In June, all three men were indicted on murder charges, and in July, they all pleaded not guilty. After that, the McMichaels were denied bond.

In April of this year, the suspects were indicted on federal hate crime charges, plead not guilty again, in federal court, and then waited for the trial to begin.

One complication in the case was that Arbery reportedly had run-ins with the law before. Before the trial began, the presiding judge, Superior Court Judge Timothy Walmsley, ruled that the defense would not be allowed to use evidence from Arbery’s past, The Associated Press reported in September.

The judge said that evidence of Arbery’s past run-ins with the law could unfairly “lead the jury to believe that although Arbery did not apparently commit any felony that day, he may pose future dangerousness in that he would eventually commit more alleged crimes, and therefore, the Defendants’ actions were somehow justified … The character of victim is neither relevant nor admissible in murder trial.”

Finally, in October, jury selection began, and by Nov. 3, a jury was seated. The jury is made up of 11 white jurors and one black juror, CNN reported.

Now the three men are facing nine charges each. For each charge, the three defendants are charged individually and as “parties concerned in the commission of a crime” as The New York Times reported.

Malice murder is defined by Georgia’s laws as causing a person’s death with deliberate intention. Felony murder applies when a death is caused when committing another felony, “irrespective of malice,” according to state law. Felony and malice murder both carry sentences of life imprisonment.

Aggravated assault is defined as an assault with a deadly weapon. False imprisonment is when a person without legal authority arrests, confines or detains a person. And criminal attempt to commit a felony is defined by Georgia as “any act which constitutes a substantial step toward the commission of that crime.”

In the trial, the McMichaels’ defense argued that Travis shot Arbery in self-defense, and that the McMichaels and Bryan were attempting to conduct a citizen’s arrest of Arbery since they suspected that he might have stolen something from a house in the neighborhood that was under construction, NPR reported.

However, Detective Parker Marcy of the Glynn County Police Department testified in the trial that Gregory McMichael told him that he never saw Arbery commit a crime, CNN reported.

The prosecution and the judge did make it clear to the jury that there was also a major flaw in the McMichaels’ reasoning that they were justified in performing a citizen’s arrest.

The prosecution explained that “immediate knowledge” of Arbery committing a crime is a requirement of a citizen’s arrest. Lead prosecutor Linda Dunikoski said the men decided to “attack” because Arbery “was a black man running down the street,” not because he was a threat, NBC News reported.

Walmsley further clarified this point to the jury that a “private citizen’s warrantless arrest must occur immediately after the perpetration of the offense, or in the case of felonies during escape.”

“If the observer fails to make the arrest immediately after the commission of the offense, or during escape in the case of felonies, his power to do so is extinguished,” Walmsley said.

Travis McMichael also took the stand during the trial and testified that he was attacked by Arbery and said that he believed he was in a “life or death situation” when he shot Arbery, as KESQ-TV reported.

“I shot him … He had my gun, he struck me, it was obvious … that he was attacking me, that if he would have gotten the shotgun from me, then it was a life or death situation,” McMichael said.

In the closing arguments, the prosecutor said the defendants were not acting in self-defense. Arbery was unarmed and they had no justification for a citizen’s arrest.

But the defense continued to argue in their closing arguments that the McMichaels were justified in trying to detain Arbery and then defend themselves against him.

“You are allowed to defend yourself. You are allowed to use force that is likely to cause death or serious bodily injury if you believe it’s necessary,” defense attorney Jason Sheffield said. “At that moment Travis believed it was necessary. This is a law that is for a person in Travis’s situation.”

Meanwhile, Bryan’s defense lawyers argued that his involvement was irrelevant to Arbery’s death.

The jury found all three men guilty, however.

CNN reported that Travis McMichael is convicted on one count of malice murder and four counts of felony murder. He has also been indicted on three “separate federal hate crime charges, which include interference with rights, attempted kidnapping and using, carrying, brandishing, and discharging a firearm during and in relation to a crime of violence.” The federal trial is set to take place in February and he could face additional penalties.

Gregory McMichaels, Travis’ father, has also been convicted of felony murder. Like his son, he also faces three separate federal hate crime charges, including  “interference with rights, attempted kidnapping and using, carrying, brandishing, and discharging a firearm during and in relation to a crime of violence.”

Finally, William “Roddie” Bryan was convicted of felony murder but the jury acquitted him of the malice murder charge. Like the McMichaels, Bryan also faces federal hate crime charges.