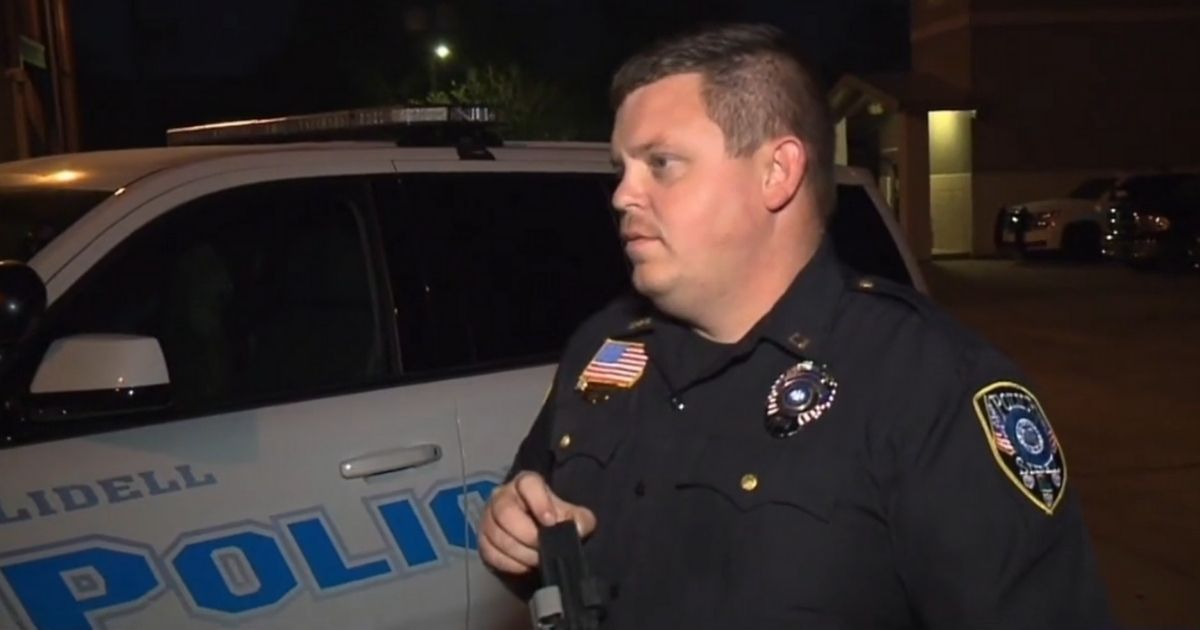 The following article, Officer Uses Tourniquet to Save 66-Year-Old Man with Dementia After Train Severs His Leg, was first published on Flag And Cross.

On Saturday night, police in Slidell, Louisiana, were alerted to an accident in which a train hit a person who had been on the tracks.

The train engineer told police that the man appeared to have been sleeping on the tracks when the train hit him at around 9:30 p.m., according to WWL-TV.

Officers searched in the dark, and one of them was able to locate the injured man within minutes. The man’s severed leg was still next to him on the tracks, and he would’ve bled out within a few more minutes if the officer hadn’t immediately applied a tourniquet.

The Slidell Police Department posted about the incident the following day.

“A 66-year-old man, who is possibly suffering from dementia, was struck by an Amtrak train last night in Slidell,” the post began.

“Around 9:30pm (Saturday, November 20th), Slidell Police were contacted by an Amtrak train engineer who stated his southbound train struck a person, who appeared to have been sleeping on the tracks.

“Slidell Police searched the area of Highway 11 and Indiana Avenue, and located the man suffering from [an] amputated leg. Officers quickly applied a tourniquet, which presumably saved the man’s life.”

The man was then taken to the University Medical Center in New Orleans. He was listed in critical condition, but the fact he was even alive at that point was attributed to the responding officer’s quick response.

“An emergency room doctor informed officers had it not been for their quick response, and application of the tourniquet, the man would not have survived,” the post stated.

“I am very proud of our officers for their quick response and performing lifesaving measures on this gentleman,” Slidell Police Chief Randy Fandal said.

“Our officers are educated on a lot more than just law enforcement techniques, during their annual continuing education training. My thoughts and prayers are with the victim and for his road to recovery.”

The life-saving officer was eventually identified as Darren Marcev, who has been with the Slidell Police Department for four years.

Seuzaneau also confirmed that the gentleman had dementia.

“He does suffer from dementia and the railroad tracks were in very close proximity to his house,” Seuzaneau said. “So last night for whatever reason, you know, he was, he was out. We don’t know what was going through his mind or, or, or what happened moments beforehand.

“It’s a miracle in itself that this gentleman is expected to survive.”

Continue reading: Officer Uses Tourniquet to Save 66-Year-Old Man with Dementia After Train Severs His Leg ...