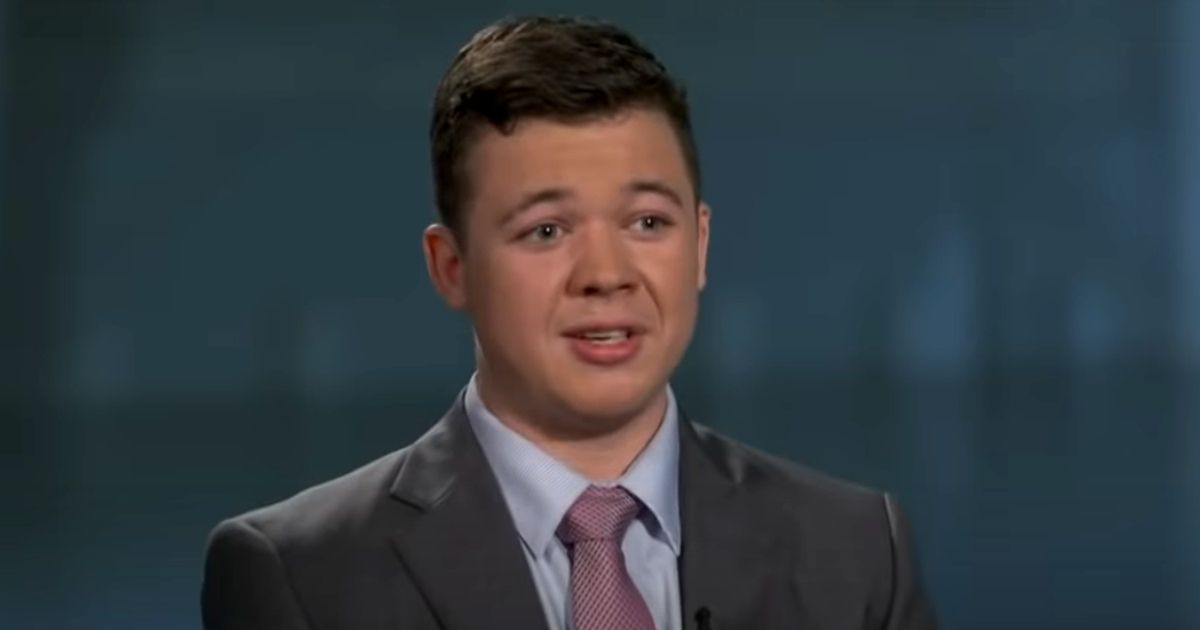 The following article, In Just 25 Seconds, Rittenhouse Dismantles Biden for Framing Him as a White Supremacist, was first published on Flag And Cross.

Kyle Rittenhouse on Monday condemned President Joe Biden’s rush to judgment and his false depiction of Rittenhouse as a white supremacist.

The 18-year-old, who last week was acquitted of murder and other charges in the Aug. 25, 2020, shootings of three people during a riot in Kenosha, Wisconsin, was interviewed by Fox News’ Tucker Carlson.

Rittenhouse has maintained that he fired in self-defense, and a jury in Kenosha agreed.

During last year’s presidential campaign, however, Biden attacked the teenager in an effort to score political points.

The Democrat issued a tweet on Sept. 30, 2020, that attacked former President Donald Trump for not sufficiently condemning white supremacy, and it included a video that had an image of Rittenhouse.

There’s no other way to put it: the President of the United States refused to disavow white supremacists on the debate stage last night. pic.twitter.com/Q3VZTW1vUV

The comment resurfaced in Rittenhouse’s trial when Biden’s was among the voices Judge Bruce Schroeder said jurors must tune out.

After Rittenhouse was acquitted, the president issued a statement saying “the verdict in Kenosha will leave many Americans feeling angry and concerned, myself included.”

Since Biden jumped in to condemn Rittenhouse last year, the claims that the teenager is a white supremacist have continued on social media.

Rittenhouse replied to the president and his other accusers Monday night when Carlson asked him about Biden’s comment.

“Mr. President, if I could say one thing to you, I would urge you to go back and watch the trial and understand the facts before you make a statement,” he said.

“That’s not a small thing to be called that,” Carlson said.

“No, it’s actual malice, defaming my character, for him to say something like that,” Rittenhouse said, using terms that hint at a possible lawsuit.

He said the facts of his case disproved all of the allegations about him.

“It’s actually quite hysterical how nobody can go back and look at the facts of the case,” the teenager said.

“None of that is true, and the lies that they can just get away with spreading, it’s just sickening and it’s a disgrace to this country,” he said.

Biden has been pushed to make amends by Republican Sen. Tom Cotton of Arkansas.

In an adaptation of his monologue on Fox News, Carlson shared something he found significant about his interview with Rittenhouse.

“It’s hard to ignore the yawning class divide between Kyle Rittenhouse and his many critics in the media,” he said. “Rittenhouse comes from the least privileged sector of our society. During high school, he worked as a janitor and a fry cook to help support his family.

“Last year, he got into college at Arizona State, and he’s very proud of it. In the world Kyle Rittenhouse grew up in, it is not a given that kids go to college. It’s not even close.”

Carlson continued, “During the course of our long conversation, Kyle Rittenhouse struck us as bright, decent, sincere, dutiful and hardworking exactly the kind of person you’d want many more of in your country.

“He’s not especially political. He never wanted to be the symbol of anything. Kyle Rittenhouse just wanted to keep violent lunatics from setting fire to cars. In the America he grew up in, that was considered virtuous.”

“So if Rittenhouse seems a little bewildered at points during our interview, thinking back over the last year and what happened to him, that’s probably why. A lot of the things he assumed were true about this country turned out not to be true at all.

Continue reading: In Just 25 Seconds, Rittenhouse Dismantles Biden for Framing Him as a White Supremacist ...