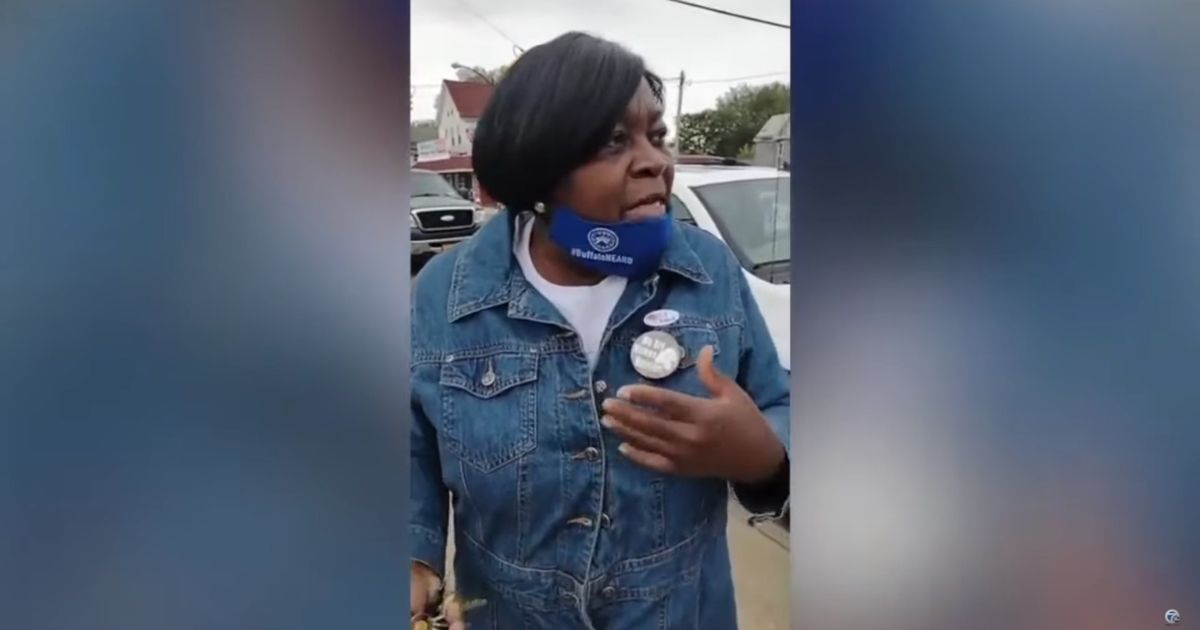 Election integrity is still the elephant in the room.

While political figures on both sides of the aisle increasingly seek to avoid discussion of the issue, evidence shows it continues to be a problem.

One of the latest instances occurred during early voting for a Buffalo mayoral race, brought on by former Erie County Democratic lawmaker and Board of Elections worker Betty Jean Grant.

The news station reported the former legislator then used her cell phone and began live-streaming the incident to Facebook.

At the start of the video, Grant can be heard repeating “that’s illegal” while filming.

However, Erie County Board of Elections Commissioner Jeremy Zellner, a Democrat, pointed out that what was allegedly illegal, was in fact “not improper.”

Zellner went on to say voters can “get help from people as long as it’s not their boss or a union rep.”

The elderly woman casting her vote was doing so using a “push stamp” with Mayor Byron Brown’s name on it.

Voting stamps are permitted in New York state and intended to assist with voting for a write-in candidate.

It was not determined if a bias for India Walton, Brown’s opponent, played a role in Grant’s behavior.

Carolette Meadows, the woman responsible for helping the elderly voter at the polling location, indicated she believed that may have been the case though.

“You take an 80 plus-year-old woman and make her feel like what she’s doing is against the law. And you get on social media and you intimidate and you bully the community.”

Action was taken by the Erie County Board of Elections, which revoked Grant’s poll observer certificate.

A letter sent by the office stated “you have interfered with the election,” and it was also requested she not come within 100 feet of voting sites.

Grant faces charges of one misdemeanor count related to the violation of election law and one count of second-degree harassment. She is set to appear in Buffalo City Court on Dec. 6.