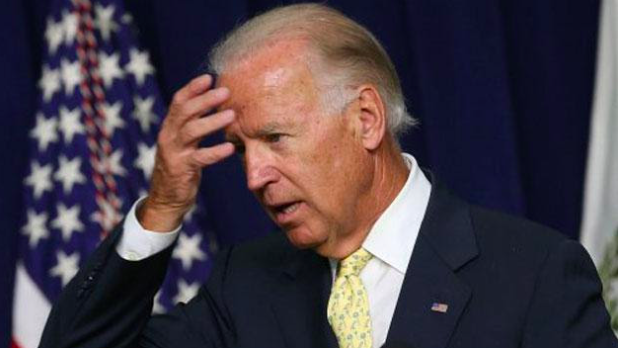 The following article, Psaki Announces Biden’s 2024 Plans as Democrats Roll Their Eyes, was first published on Flag And Cross.

The first 10 months of Joe Biden’s presidency have been chaos, to say the least, and the administration appears to be completely unable to right the ship.

This appears, to many, to be further evidence of Biden’s reluctance to assume the role of Commander in Chief – a theme that was central to the Democratic narrative in the run-up to the 2020 election.

Now, with crises compounding weekly, and his approval ratings so far underwater that they’ll need James Cameron to measure it, the White House is inexplicably pushing the idea of a second term for Sleepy Joe.

“That’s his intention,” Psaki told reporters aboard Air Force One, underlining varied reports the 79-year-old has been telling advisers and staff he will be back.

Biden’s age and health have been a prime concern:

Biden underwent his first physical examination on Friday since taking office in January.

Doctors found he has a stiffened gait and attributed frequent bouts of coughing to acid reflux. The medical examiners said he remains fit to serve, a medical opinion seemingly at odds with public perceptions of his cognitive ability.

As for whether or not Biden stands a chance to win another term, the jury is still out, especially as the tumult within his administration continues.

I’D BE DOING MORE THAN ROLLING MY EYES!!!!!!!!! THE GUY ‘S AN IMBECILE IF HE THINKS HIS HANDLERS WILL PUT UP WITH HIM FOR 4 MORE YEARS……..JUST SAYIN’