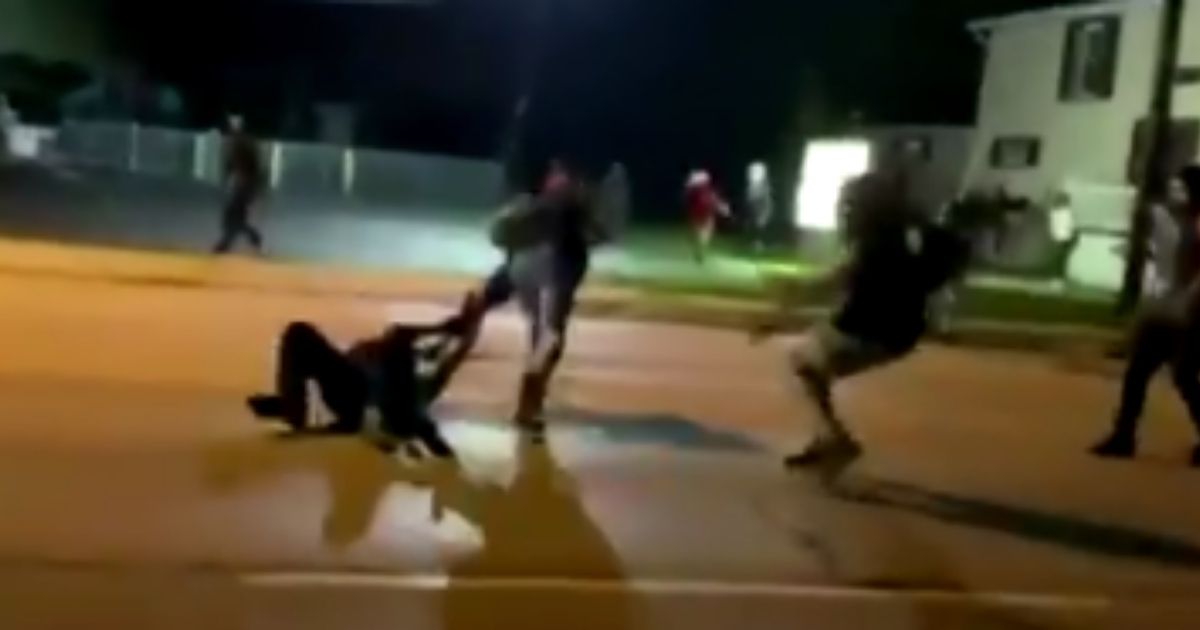 The following article, Fact Checker Refuses to Back Down on Rittenhouse Assessment Despite Self-Defense Acquittal, was first published on Flag And Cross.

Leftist media outlets must believe that truth is relative and can be manipulated to political ends.

PolitiFact is refusing to reverse its “False” claim against President Trump’s early assessment of the Kyle Rittenhouse case, even after Rittenhouse was been acquitted of all charges in a court of law.

According to PolitiFact, at a media briefing on August 31, 2020 Trump said that a “video shows Kyle Rittenhouse, the 17-year-old charged with killing two protesters in Kenosha, ‘was trying to get away from them’ … ‘fell, and then they violently attacked him.'”

WARNING: The following video contains graphic violence that some viewers may find disturbing.

WARNING: GRAPHIC CONTENT – A 17-year-old identified as Kyle Rittenhouse was arrested and charged with homicide, after two people were shot and killed and a third was seriously wounded during protests over the police shooting of Jacob Blake https://t.co/Hqi2nZuTMt pic.twitter.com/6Up5EByIvj

For those who have studied the photographs and watched the video multiple times, as I have, this appears to be a fairly accurate assessment by Trump.

PolitiFact doesn’t agree. They hold that designating Trump’s assessment as “False” is accurate because, “Trump’s claim leaves out vital context: that Rittenhouse ran away from protesters after prosecutors say he had already shot and killed someone.”

If you’re baffled as to how this falsifies Trump’s claim, your’re not alone.

PolitiFact attempts to justify their position by stating, “Trump’s comments completely overlook the fact that people started following him after he allegedly shot and killed someone. He also claimed protesters ‘violently attacked’ Rittenhouse, but that is not fully supported by the videos, either.”

Getting rabbit punched, kicked in the face while you’re down and then smacked with a skateboard is not being violently attacked? I guess it’s just all a matter of interpretation, right?

The fact that other protesters started chasing Rittenhouse after he shot and killed Joseph Rosenbaum is irrelevant. Rittenhouse was chased down by rioters, attacked and defended himself. That’s what Trump saw on the video footage, and that’s what he accurately assessed.

Adding more context to Trump’s claim doesn’t change a thing about its accuracy. Claiming that the video does not show Rittenhouse was violently attacked is not only false, it’s absurd.

In a world where people are craving truth and accurate reporting, they turn to and trust fact checkers. Once again, their hopes have been dashed by PolitiFact.

Whether PolitiFact fact checkers are so cynical that they knowingly lie to score political points or are so brainwashed by our education system that they actually believe that there is no objective truth and each individual invents it for themselves, they are doing a grave disservice to the public.

It was Nietzsche who infamously wrote, “There are no truths, only interpretations.”  He also claimed, “God is dead, and we have killed him.” This was the kind of “reasoning” that led him to this: “I will now disprove the existence of all gods. If there were gods, how could I bear not to be a god?  Consequently, there are no gods.”

It is also the kind of thinking that might very well have led him into insanity.

When so-called fact checkers cannot decipher facts, they, too, are on the road to madness.

Shame on PolitiFact for dereliction of duty.

Continue reading: Fact Checker Refuses to Back Down on Rittenhouse Assessment Despite Self-Defense Acquittal ...