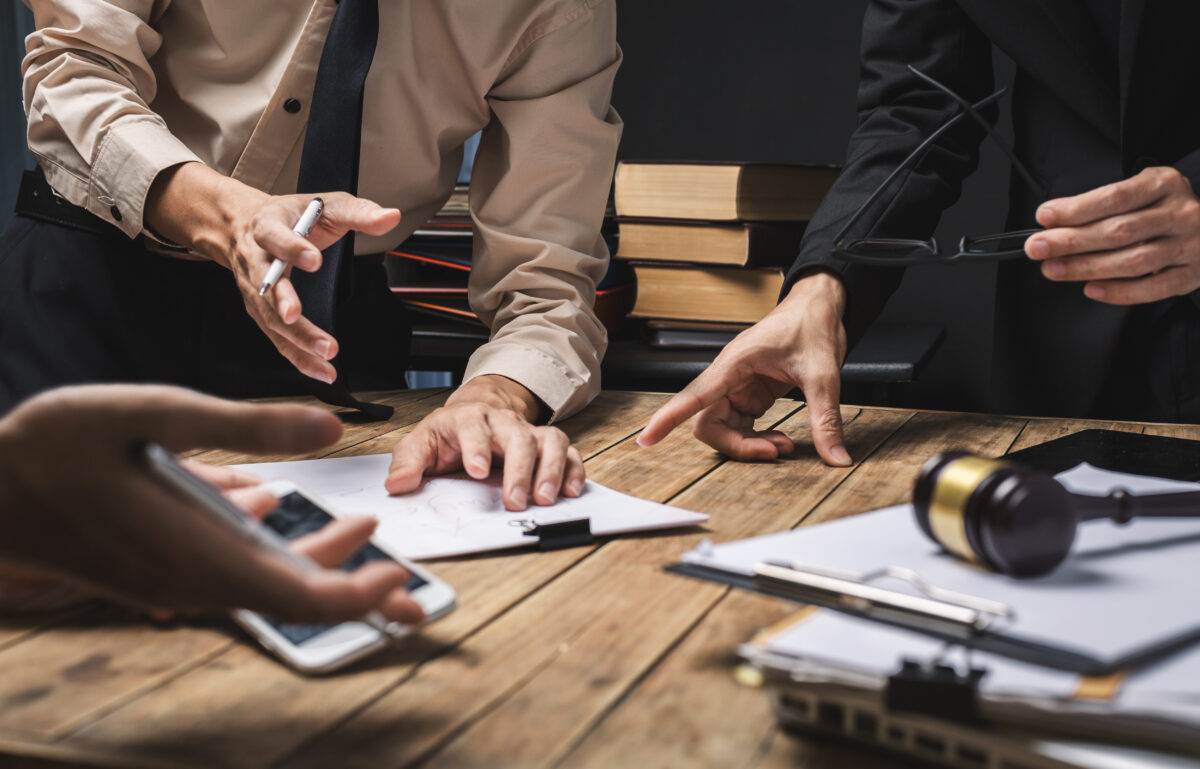 A glimpse of the process the Kyle Rittenhouse jury underwent became public Monday with the release of documents that showed how the jury plowed through the charges against the teenager.

The jury began deliberations on Tuesday, Nov. 16, after hearing closing arguments the day before.

According to documents posted on Twitter on Monday by right-wing activist Jack Posobiec, the jury found Rittenhouse not guilty of two counts against him on Wednesday — the counts listed as numbers three and four in the indictment against him.

One count they agreed upon was first-degree recklessly endangering safety. The allegation against Rittenhouse was that he fired at an unknown person he did not hit.

Rosenbaum was the one some contested pic.twitter.com/UMt9h30E1w

The other count scratched off the list that day was one of the major charges against Rittenhouse, that of first-degree intentional homicide in the death of Anthony Huber. Huber was the second person Rittenhouse shot on that chaotic night in Kenosha as rioters swarmed the streets. In the shooting of Huber, as in all the charges against him, Rittenhouse said he was acting in self-defense.

“When the jury came back a couple days ago and watched the videos… frame by frame, they were looking to see whether Kyle did something to provoke the threat and whether his response to that threat was reasonable in terms of using deadly force and they agreed with the defense that it was.”

As noted by The New York Times, jurors had the option of considering charges against Rittenhouse of second-degree intentional homicide or first-degree reckless homicide when they considered Huber’s death.

On Thursday, the jurors resolved the fifth count against Rittenhouse in his favor. This was a charge of attempted first-degree intentional homicide in connection with the wounding of Gaige Grosskreutz.

When Kenosha Circuit Court Judge Bruce Schroeder charged the jury, he gave them the options of considering attempted second-degree intentional homicide or first-degree recklessly endangering safety in deciding upon this count.

During the trial, Rittenhouse testified that Rosenbaum had threatened him, chased him and grabbed for his AR-15.

“If I would have let Mr. Rosenbaum take my firearm from me, he would have used it and killed me with it and probably killed more people,” he said.

Prosecutors “pointed out some sort of minor inconsistencies and things he said on the night of, and said later, but nothing that undermines sort of the core defense argument, which was, he was attacked. Every time he shot, he was attacked,” she said.

“The prosecution did not make enough of a dent in Kyle Rittenhouse.”

The jury returned its verdict that day in open court.

Two other charges against Rittenhouse of possessing a dangerous weapon and violating a curfew were dismissed.

Honig said the videos allowed the jury to see the dissonance between what took place that night in Kenosha and the flawed portrait the prosecution tried to draw.

“Trying to brand Kyle Rittenhouse as an active shooter did not stand up and the defense came back and showed, here he is walking through the streets, he’s not shooting indiscriminately, that’s what an active shooter does, he’s only shooting people who have attacked him first,” she told CNN.