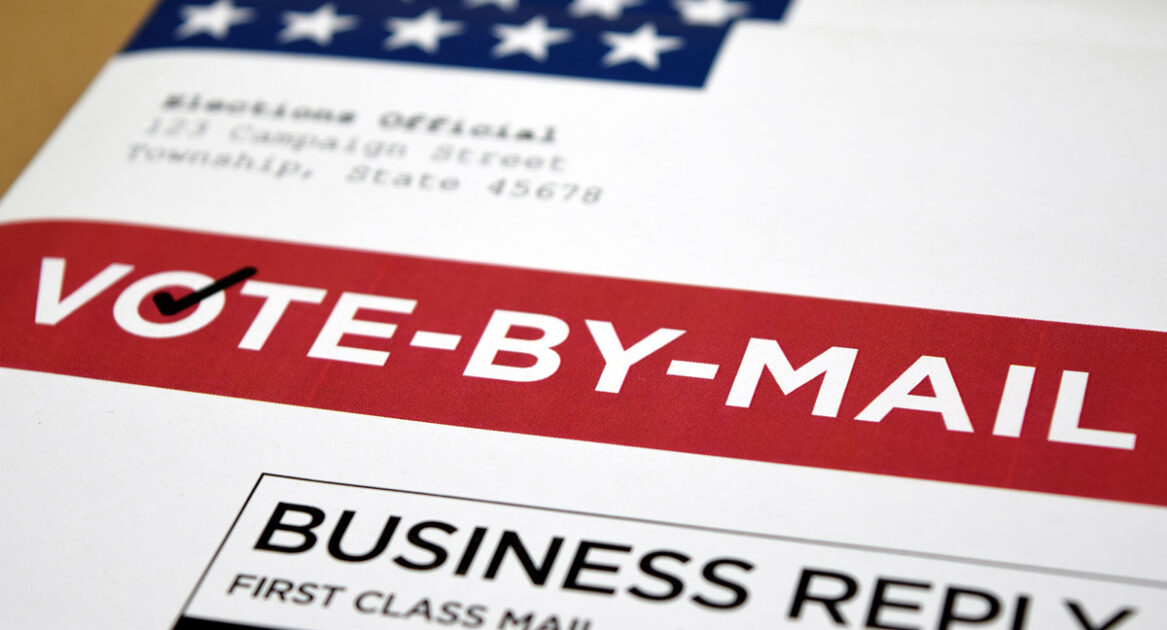 The following article, Washington, DC, Election Auditor: Over 10% of Mail-In Ballots ‘Undeliverable’ in 2020, was first published on Flag And Cross.

Washington is one of the most reliably liberal bastions in every presidential election. The District of Columbia doesn’t get to vote in any other federal elections, but every quadrennial presidential contest, it gets three electoral votes to award to the Democrats.

In the two biggest presidential landslides in the past half-century, Democrat candidates George McGovern and Walter Mondale narrowly won only one state each in 1972 and 1984, respectively. They both lost the other 49. But oh, did they ever win D.C. — McGovern with 78.1 percent of the vote and Mondale with 85.4 percent of the vote.

It’s difficult to imagine any Democrat-friendly proposition that wouldn’t pass muster in the District of Columbia, particularly mail-in voting. If Walter freaking Mondale could get over 85 percent of the vote against Ronald Reagan, mail-in voting would likely get close to 100 percent if there were some kind of district-wide plebiscite on the matter.

If only residents got their ballots, that is.

According to a report released last week by the Office of the D.C. Auditor, over 10 percent of ballots in the district were returned as undeliverable during the 2020 election, WTOP-TV reported.

This was the latest in a series of hiccups for universal mail-in voting that don’t get reported to any great extent. (When publications do try to report on it, they often get threats of demonetization from Google and other tech giants. We’re fighting that here at The Western Journal — and you can help support our fight by subscribing.)

Citing COVID-19, Washington automatically mailed ballots to every registered voter. With unkempt voter rolls, however, D.C. had a massive undeliverable rate — “more than eight times higher [than] the national average of 1.4% undeliverable ballots,” the report found.

“This lower percentage of undeliverable ballots evidences the necessity of ensuring registration and address information is up to date to reduce the chances of a ballot being returned undeliverable.”

However, a spokesman with the D.C. Board of Elections insisted that one of the reasons ballots were undeliverable was the number of people in the district who move.

“D.C. is one of the most transitory cities in the world,” spokesman Nick Jacobs said.

Asked by WTOP whether the undeliverable ballots pose any risk of voter fraud, Jacobs said, “No.”

“Our elections have been conducted in a fair, open and transparent manner,” he said. “There’s never been a question about integrity.”

He added that while “voter fraud is a crime” and that D.C. would “fully investigate and prosecute it where applicable,” the undeliverable rate was a “growing pain” for the district.

“We are constantly urging voters to check their registration and make sure all of their information is current,” Jacobs said.

And yet, just days before the results of this audit were released, D.C. lawmakers called for mail-in voting to be made an enduring feature of the election system in the district.

“The Elections Modernization Amendment Act of 2021, sponsored by Ward 6 council member Charles Allen and co-sponsored by six other members, would make permanent many voting changes implemented during the pandemic,” WTOP reported.

“Allen said it was easier to vote during the pandemic and he wants it to be just as easy going forward. The idea is to allow every registered D.C. voter the option of voting by mail — each would receive a postage paid ballot and be provided with tracking updates.”

“There are times when necessity is the mother of invention, and that’s exactly what we saw when a pandemic and a general election collided,” Allen said in a statement.

“D.C. held a safe, secure, and accessible election by making it easier to vote and safe to vote from home,” the Democrat said. “These are common sense and popular changes we need to make a permanent part of our elections moving forward. In doing so, we will broaden the number of people who are able to participate in our elections and feel more invested in their government.”

Not that this will matter much on a national level — Democratic presidential candidates don’t get style points by garnering 93 percent of the D.C. vote like Joe Biden did in 2020, as opposed to the mere 85 percent Walter Mondale got.

Nevertheless, it’s another reminder of how uncritically the left views mail-in voting.

Neither Allen nor any other Democrat is going to be sobered up by this report. Nor were they sobered up by any of the other reports of mail-in voting gone awry in 2020 — such as the 223,000 automatically mailed primary ballots in Clark County, Nevada, that went undelivered, or election auditors finding 23,344 general election ballots were mailed to the wrong address in Maricopa County, Arizona.

In fact, the only time the Democratic Party seemed to acknowledge problems with mail-in voting was during the 2021 Virginia gubernatorial election, when the Democratic Party of Virginia filed a lawsuit alleging up to 300,000 ballots were held up by the U.S. Postal Service’s delivery times.

Those are numbers that can swing an election — perhaps not in the District of Columbia, but certainly in the nation as a whole.

Remember, then, that a national option for voting by mail was one of the features of the Democratic Party’s massive “voting rights” bill.

That massive federal power grab, thankfully, seems to be dead for the moment.

However, after a presidential election that saw over 11 percent of ballots marked as undeliverable in the District of Columbia, local lawmakers in the nation’s capital still seem mulishly determined not to learn from their own failings.