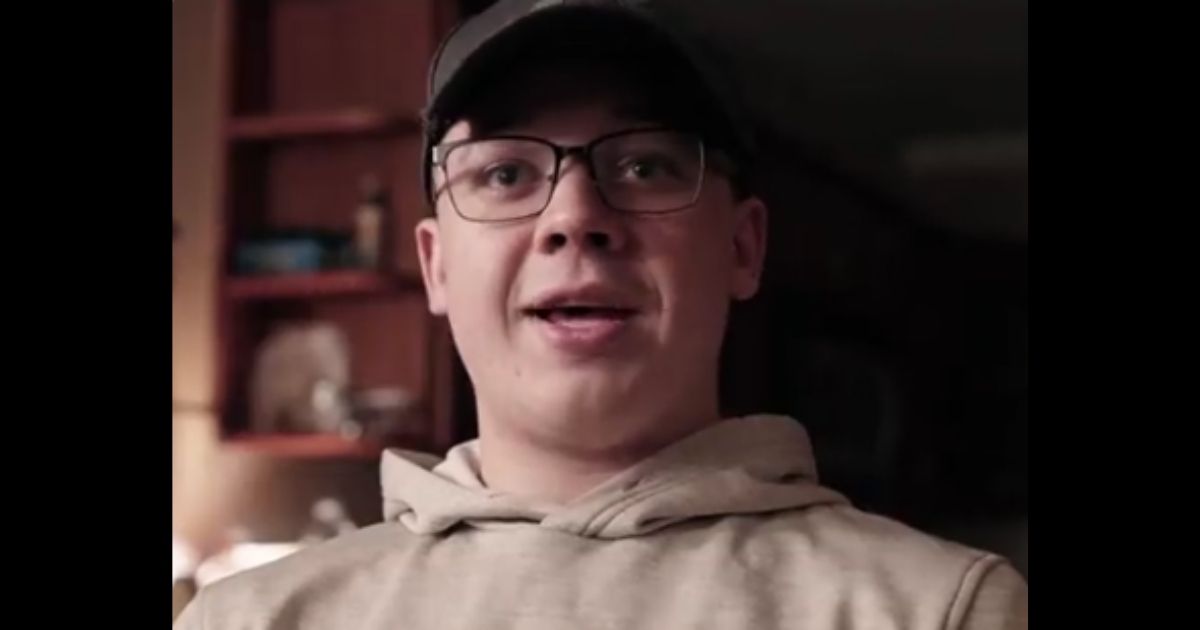 The following article, Rittenhouse Documentary Secretly Made by Tucker Carlson, Announced Shortly After Verdict, was first published on Flag And Cross.

Fox News host Tucker Carlson revealed on Saturday that he has been involved in the making of a documentary about Kyle Rittenhouse.

Carlson will also host the first interview with Rittenhouse since his Friday acquittal. The interview will air Monday at 8:00 p.m. EST, according to Fox News.

The documentary will be released in December on the streaming service Fox Nation.

In a trailer for the documentary posted by Carlson on Twitter, Rittenhouse reacts to his acquittal.

Rittenhouse also says he has dreams about the night he shot three men in self-defense during anti-police rioting in Kenosha, Wisconsin, last year and that he wakes up in a “dark, cold sweat.”

“It’s quite scary actually because the dreams feel so real and they’re not the same at all, they’re all different — they’re the different scenarios that run through your head,” he says. “I’m alive, but what could have happened? … What if I did let Mr. Rosenbaum steal my gun?”

“Almost every outcome is either me getting seriously injured or hurt or dead. Those are just the dreams I have on a daily basis.”

The not guilty verdict in the Rittenhouse case has caused many to cry racism.

Wisconsin Lt. Gov. Mandela Barnes said in a statement, “We have seen so many black and brown youth killed, only to be put on trial posthumously, while the innocence of Kyle Rittenhouse was virtually demanded by the judge,” according to ABC News.

Shaadie Ali, interim executive director of the American Civil Liberties Union of Wisconsin, claimed that “white militia members were welcomed with open arms” in Kenosha while “protesters, many of whom were people of color, were not protected and treated as the enemy.”

“We need a system of public safety that protects the lives of the entire community,” Ali said. “Rittenhouse’s trial highlights an urgent need for reform for both police and the criminal legal system. The system is broken, and it desperately needs to be fixed.”

Even before the verdict, Carlson said the fixation on race was off the mark.

“There’s no racial angle here. Everybody’s the same color. So if a white guy shooting another white guy is an example of racism, maybe you should tell us how. This is insane,” he said.

Once the THUGS gain power, they exploit it at every opportunity. The Democrat leadership of cities terrorized the Antifa/BLM THUGGERY, allowed the THUGS to exert outrageous, unlawful acts against property, people, businesses, police, the justice system, WITH IMPUNITY. NOW, they believe it is their RIGHT, and THEIRS ALONE, to wield claims of “racism, “white power” and “white prejudice” as a cudgel!

This TYRANNY MUST BE STOPPED, with what ever legal means necessary!