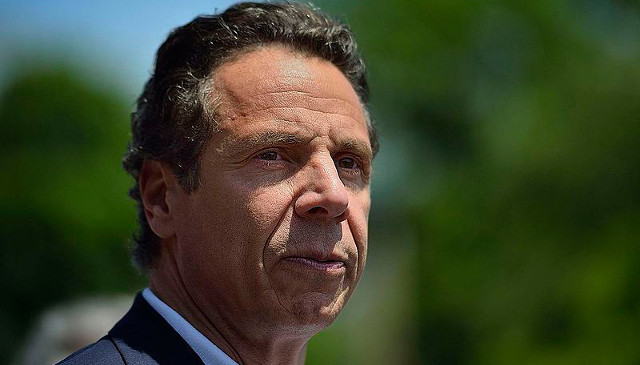 Former governor of New York Andrew Cuomo has been under investigation for eight months, and now the New York State Assembly has released its findings.

Between sexual harassment and his handling of the COVID-19 pandemic, the report said that the assembly found “profoundly disturbing” evidence of Cuomo’s misdeeds, the New York Post reported.

The New York Times reported the assembly said it found “overwhelming evidence that the former governor engaged in sexual harassment.”

Cuomo was accused by several women, including state employees, of sexual harassment. He asked one aide about her sex life, gave another an unsolicited kiss on the lips and others reported that he had inappropriately touched them.

In October, he was officially charged with groping a female aide’s breast inside the Executive Mansion “for the purposes of degrading and gratifying his sexual desires,” according to the Times.

But female staffers were not the only women that Cuomo harassed.

The New York Post outlined one civilian’s, Sherry Vill, interactions with the governor, who had been inappropriate towards her before and after he had visited her home.

Vill told Assembly investigators that in 2017 Cuomo had come to her home while on a tour of flood damages in the area.

She said that Cuomo had been “taking her hand and kissing her on both cheeks, without her consent.”

The investigation of the assembly concluded that Cuomo had harassed 11 women and violated federal and state laws, according to the New York Post.

Besides looking into sexual harassment issues, the assembly also looked into Cuomo’s handling of the pandemic.

When the state attorney general’s office discovered this corruption, the New York Times reported that Cuomo argued that he had withheld data because he thought the Trump administration might start inquiring into New York’s handling of COVID-19 in nursing homes. Cuomo wanted to avoid that since he felt the Trump administration would have made it a politically charged issue.

Now, the new and extensive report from the state assembly has reached the conclusion that Cuomo “was not fully transparent regarding the number of nursing home residents who died as a result of Covid-19,” the New York Post reported.

Furthermore, the findings of the investigation also drew a possible correlation between Cuomo’s $5.1 million book deal and the manipulation of nursing home death reports in New York. One committee member said that this “would be a very reasonable inference,” according to the Times.

Cuomo, furthermore, used many state employees’ time for his own personal gain when writing his book, “American Crisis: Leadership Lessons from the Covid-19 Pandemic.”

The state assembly’s report said that the governor “utilized the time of multiple state employees, as well as his own, to further his personal gain during a global pandemic.”

“This has been a profoundly sad chapter in New York’s history. As we have throughout this process, we will continue to cooperate with all relevant investigative bodies to provide them with the evidence we have uncovered,” Democratic New York State Assembly Speaker Carl Heastie said, the New York Post reported.

State Assemblywoman Marybeth Walsh, a Republican, said the findings “made my jaw drop.”

Cuomo resigned as governor in August and has repeatedly apologized and contradicted what multiple reports of misconduct outlined.

The state assembly’s report outlined that it had gone over Cuomo’s responses, but that “nothing in his voluminous submissions can overcome the overwhelming evidence of his misconduct,” City Limits reported.