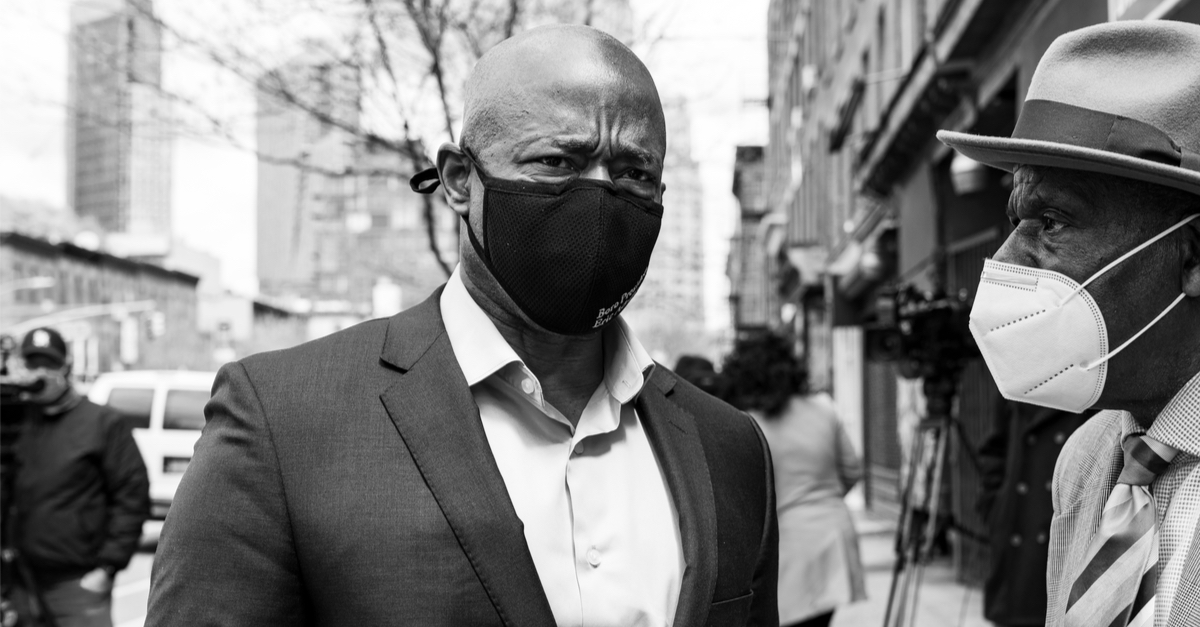 Violence has come home to roost in America of late, with just about any news story now presenting the potential for public unrest among the masses.  Sports victories, (and losses), trial outcomes, police body cam footage, and just about any other major incident under the sun seems to have its share of angst-ridden rioters ready to melee in the streets at the drop of a hat.

The prevalence of violence has been largely preceded by the rise of “antifa” – a radical leftist pseudo-organization that mobilizes nearly weekly, in cities from coast to coast, protesting and rioting as if it were their job.  In the past, and in places where the group operates regularly, they’ve been considered “professional” rioters, who do little else but plan for their next big action.

Now, the next mayor of New York City is calling these “professional rioters” to the carpet.

“They were all male, white, many of them are from outside the city or just recently moved here. I think there is an anarchist group in this city that’s attempted to create violence in cities and make it seem like it’s our neighbors doing it when it’s not,” Adams said Monday on Fox 5’s “Good Day New York.”

“These are professionals that are coming into our city causing this violence.”

The threat of indiscriminate mob violence has been ongoing in cities like Portland, Oregon for months, where groups similar to the ones described by Mayor-elect Adams have even gone so far as to claim certain city blocks as “autonomous zones”, outside of the rule of law and barricaded from police and some residents.