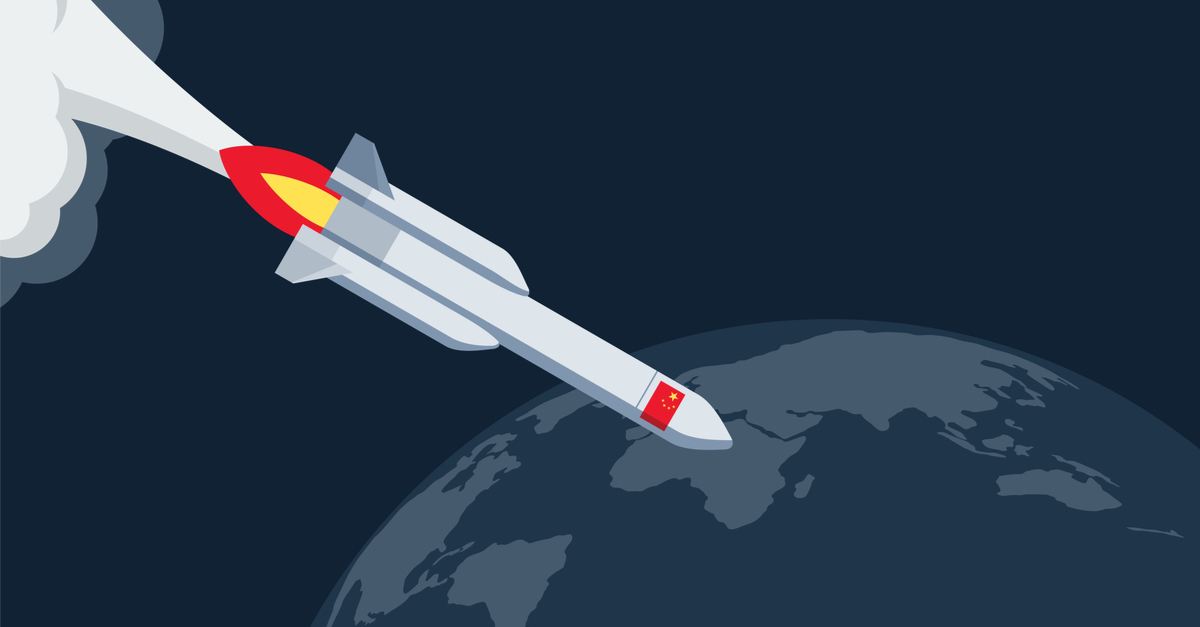 The following article, New Details in Chinese Hypersonic Missile Test ‘Defy Science’ According to Experts, was first published on Flag And Cross.

There are few things more worrisome on the world’s stage than the belligerence of Beijing, and experts now fear that the Chinese military’s latest missile test may reveal a startling uptick in the communist regime’s destructive capabilities.

It all began with what China has described as a test of its latest spacecraft – a claim that the international community has largely decried as a cover.  In reality, many experts believe that Beijing was testing a hypersonic delivery system for the nation’s nuclear arsenal, and that new details regarding the flight are even more worrisome than previously imagined.

The hypersonic glide vehicle, a manoeuvrable spacecraft which can carry a nuclear warhead, fired a separate missile during its flight in the atmosphere over the South China Sea on July 27, according to a Financial Times report.

Experts at the Pentagon’s advanced research agency Darpa are said to be unsure how China achieved the feat, as scientists say it “tests the constraints of physics”.

Military experts are said to have been poring over the data to discover how it was achieved.

Some believe that the second projectile was an air-to-air missile, while others are convinced that this was part of the missile’s own defense system.  In either case, military experts around the globe are spooked.

Both Russia and the US have been trying to develop hypersonic weapons for years, but experts have claimed the firing of the second missile is the latest evidence that China’s efforts are far more advanced than either the Kremlin or the Pentagon.

“This development is concerning to us as it should be to all who seek peace and stability in the region and beyond,” said a spokesperson for the National Security Council (NSC).

“This also builds on our concern about many military capabilities that the People’s Republic of China continues to pursue.”

The revelation comes as China continues to pursue aggressive action against Taiwan – a sovereign nation that Beijing has long targeted as a potential territory for annexation.