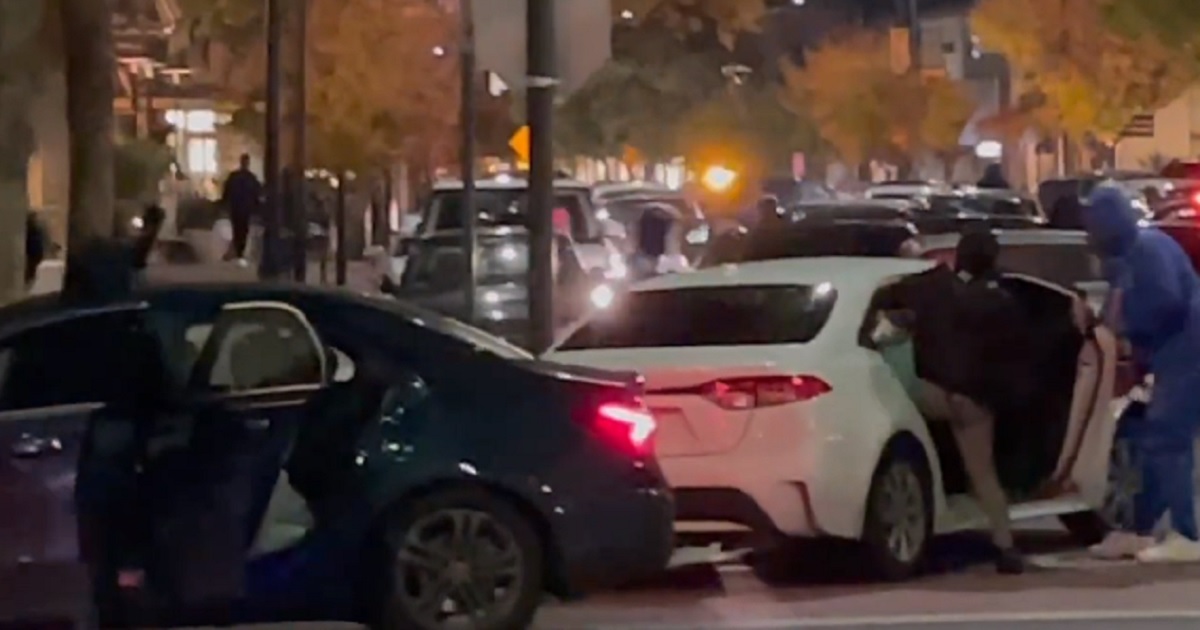 Like a swarm of locusts working with tactical precision, a mob of looters ransacked a California department store Saturday night

The attack on the store took place just before its 9 p.m. closing time.

As the looters ravaged the store, one employee was pepper-sprayed and two others were punched and kicked., police said. All three were treated at the scene.

“About 25 cars just blocked the street and rushed into the Walnut Creek Nordstrom making off with goods before getting in cars and speeding away. At least two people arrested at gunpoint,” a local reporter tweeted.

#Breaking About 25 cars just blocked the street and rushed into the Walnut Creek Nordstrom making off with goods before getting in cars snd speeding away. At least two people arrested at gunpoint. pic.twitter.com/AG3R94M9L3

Hibbs said two people were arrested in a fleeing car.  A man was charged with robbery, possession of stolen property, conspiracy to commit burglary and possession of burglary tools. A woman with him was arrested for unlawful possession of a firearm.

A third individual was caught running from the scene, Hibbs said, He was charged with robbery, possession of stolen property, conspiracy to commit burglary and possession of burglary tools.

Brett Barrett, a manager at a P.F. Chang’s restaurant across the street from the Nordstrom store descibed the scene.

“I probably saw 50-80 people in like ski masks with crowbars, a bunch of weapons,” he told KPIX. “They were looting the Nordstrom.”

“There was a mob of people,” he said. “The police were flying in. It was like a scene out of a movie. It was insane.”

Barrett told the station he was worried about those eating at his restaurant.

“I had to start locking the front door,” he said. “Locking the back door. You never know, they could come right in here. It was crazy … All the guests inside were getting concerned. It was a scary scene for a moment.”

The looting in Walnut Creek comes one day after a looting spree in San Francisco’s Union Square.

High-end retailers including Yves Saint Laurent and Louis Vuitton were among the stores looted and vandalized. Jins Eyewear, Bloomingdale’s and Burberry were also looted, according to the San Francisco Chronicle.