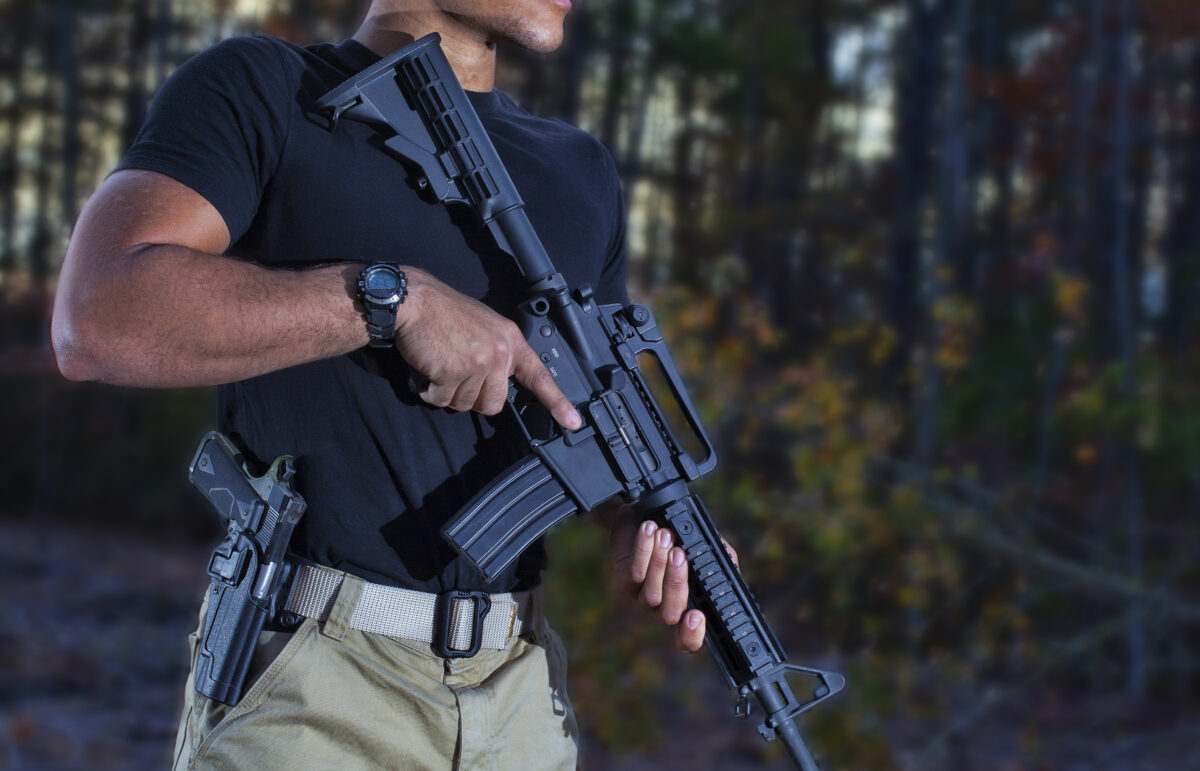 The following article, Kyle Rittenhouse Awarded AR-15 for Defense of Gun Rights, was first published on Flag And Cross.

One of country’s most outspoken voices in defense of the Second Amendment has labeled Kyle Rittenhouse a “warrior for gun owners” in giving him a gift.

Gun Owners of America tweeted its intention to give Rittenhouse an AR-15 rifle in the aftermath of Rittenhouse’s acquittal Friday. Rittenhouse had been tried after killing two men and wounding a third during the August 2020 rioting in Kenosha, Wisconsin.  Rittenhouse had claimed he acted in self-defense.

“ALERT: GOA will be awarding Kyle Rittenhouse with an AR-15 for his defense of gun rights in America,” GOA wrote in Twitter post Friday. “Join us in saying THANK YOU to Kyle Rittenhouse for being a warrior for gun owners and self defense rights across the country!”

ALERT: GOA will be awarding Kyle Rittenhouse with an AR-15 for his defense of gun rights in America.

Join us in saying THANK YOU to Kyle Rittenhouse for being a warrior for gun owners and self defense rights across the country!

In a commentary piece that was published by USA Today Friday and reproduced on the site, Erich Pratt, the group’s senior vice president, touched on the larger issues that were woven into the fabric of the trial. He noted that Rittenhouse acted in self-defense against three men who tried to injure him.

“All three would still be alive or uninjured today had they not attacked Rittenhouse,” he wrote.

Pratt said that the fuss and furor over the AR-15 is misplace hype.

“The USA TODAY Editorial Board says people like Rittenhouse should not possess an AR-15-style rifle for protection, even though they are some of the most commonly owned sporting rifles in the country,” he wrote.

“The Editorial Board wants people to think that AR-15s are somehow super deadly. But many hunting rifles fire bullets (such as .30-06 or .308) that are far larger in diameter and far more lethal than the .223 round fired by the AR-15. The truth is that, according to the FBI, rifles like the AR-15 kill far fewer times than hands and feet, and fewer times than knives,” he wrote.

In a separate post, the group noted that “the entire goal of the anti-gun lobby: to prevent law-abiding Americans like Kyle from defending themselves even as violent rioters light their communities on fire.”

In what it called the “most logically incoherent statement imaginable during the trial.

“You lose the right to self-defense when you’re the one who brought the gun,” Binger had said in his closing argument.

The Gun Owners of America post offered a translation.

“Here’s what he really wanted to say: you have no right to defend yourself with a gun,” the post said.

The organization is among those that have supported Rittenhouse.

The National Foundation for Gun Rights raised over $50,000 for Rittenhouse last year to help pay for his legal fees, according to Newsweek.

“When we saw the video evidence of Kyle defending himself and others in Kenosha, WI, NFGR made the decision to support him right away, and we’re thrilled to see that he is now a free man,” NFGR Executive Director Dudley Brown said in a statement.