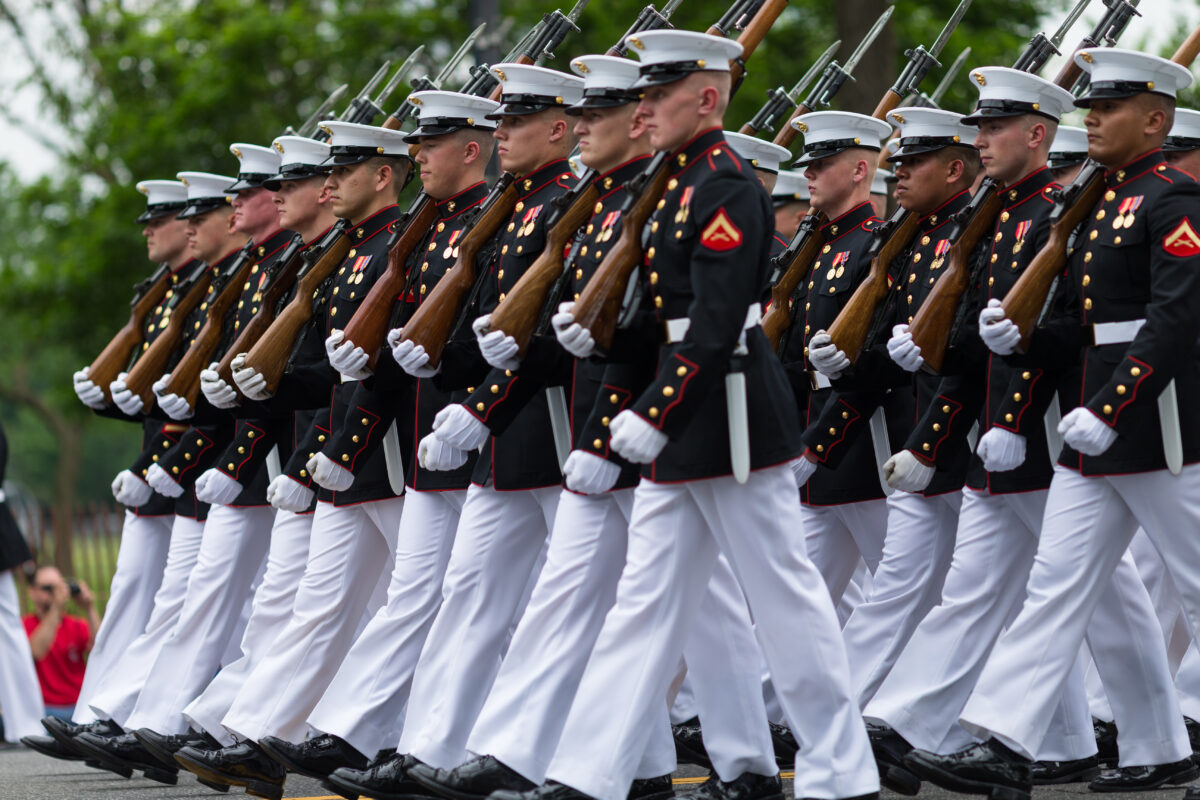 The following article, Alert: Thousands of Marines Will Miss Deadline to be ‘Fully Vaxed,’ May Soon Be Run Out of Corps, was first published on Flag And Cross.

The Biden administration has found a hill that about 10,000 Marines will not climb.

With a Nov. 28 deadline looming for Marines to comply with a Marine Corps mandate to be vaccinated against the coronavirus, about 10,000 active-duty Marines are not fully vaccinated, according to The Washington Post.

Although 94 percent of Marine Corps personnel are vaccinated, the rest of those in the service do not have time to complete a vaccination regimen by the deadline.

The Marine Corps is not the only branch of the service where being vaccinated has been an issue.

About 9,600 Air Force personnel have either refused to be vaccinated, are seeking an exemption or have left their vaccination status unreported.

Several Navy SEALs and other elite fighters have sued to have the vaccine mandate overturned.

Late last month, the Marine Corps began to put the heat on its members. An administrative directive said Marines had three options: Get the shot, get out or apply for an exemption.

The  administrative directive pulled no punches.

“Marines refusing the COVID-19 vaccination, absent an approved administrative or medical exemption, religious accommodation or pending appeal shall be processed for administrative separation,” the directive said

“Marines separated for vaccination refusal will not be eligible for involuntary separation pay and will be subject to recoupment of any unearned special or incentive pays and advance educational assistance,” it continued.

“Marines who do not complete their service obligation for Transfer of Education Benefits will lose their eligibility to retain transferred Post-9/11 GI Bill benefits and may be subject to recoupment if the Veterans Affairs has already processed a payment for transferred benefits.”

Hey Marines- get your act together!

Marine Corps compliance with vaccine mandate on course to be military’s worst https://t.co/CGvmdZlwNb

“When something bad happens around the world and the president says, ‘I need to know how long it’s going to take to get Marines there,’ it’s too late then to get vaccinated,” Berger said in the video.

“We need every single Marine in the unit to be vaccinated. We don’t have extra Marines. We’re a pretty small force, and we have to make sure that everybody on the team is ready to go all the time. That’s our job.”

Navy Secretary Carlos Del Toro said recently that the service may not rush to kick out Marines who have defied the mandate, according to the San Diego Union-Tribune.

“We’re going to … offer them an opportunity to change their mind,” Del Toro said.

Del Toro said any loss of personnel will have a “minimal impact” on readiness.

Continue reading: Alert: Thousands of Marines Will Miss Deadline to be ‘Fully Vaxed,’ May Soon Be Run Out of Corps ...