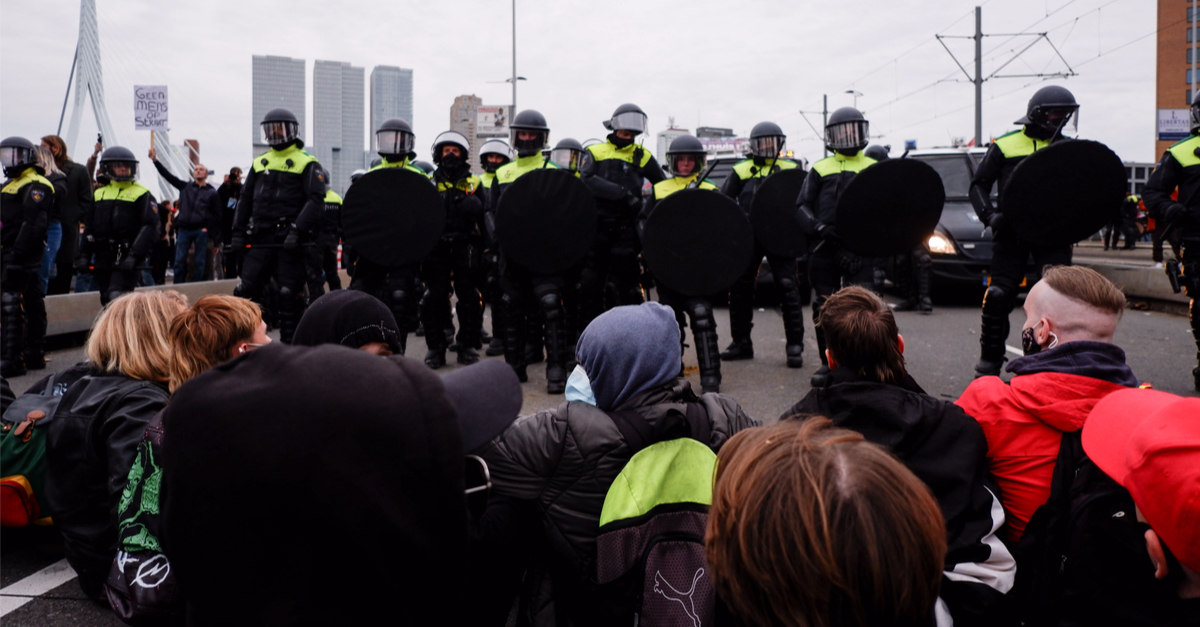 Just how far are the powers that be willing to go in order to push their COVID-19 agenda?  Are they willing to force thousands upon thousands of people out of a job on account of their personal medical decisions?  Are they going to segregate the unvaccinated from the rest of the population?  Will essential business such as grocery stores begin to require inoculations to shop?

Or, even worse, will those protesting the medical overreach of their governments be shot at by the police?

And this wasn’t some “warning shot” situation, either…

Police said that two rioters were hospitalized after being hit by bullets and investigations were underway to establish if they were shot by police. The condition of the injured rioters was not disclosed.

Officers arrested 51 people, about half of them minors, police said Saturday afternoon. One police officer was hospitalized with a leg injury sustained in the rioting, another was treated by ambulance staff and “countless” others suffered minor injuries.

“The riots and extreme violence against police officers, riot police and firefighters last night in Rotterdam are disgusting to see,” he said in a statement.

“Protesting is a great right in our society, but what we saw last night is simply criminal behavior. It has nothing to do with demonstrating,” he added.

As we’ve learned throughout the course of the last several months, the global citizenry has been largely of the understanding that we each take our own individual risks, at least in terms of masks, vaccines, and COVID-19, and these continued attempts by international governing bodies to intercede in this regard will continue to be unwelcome.