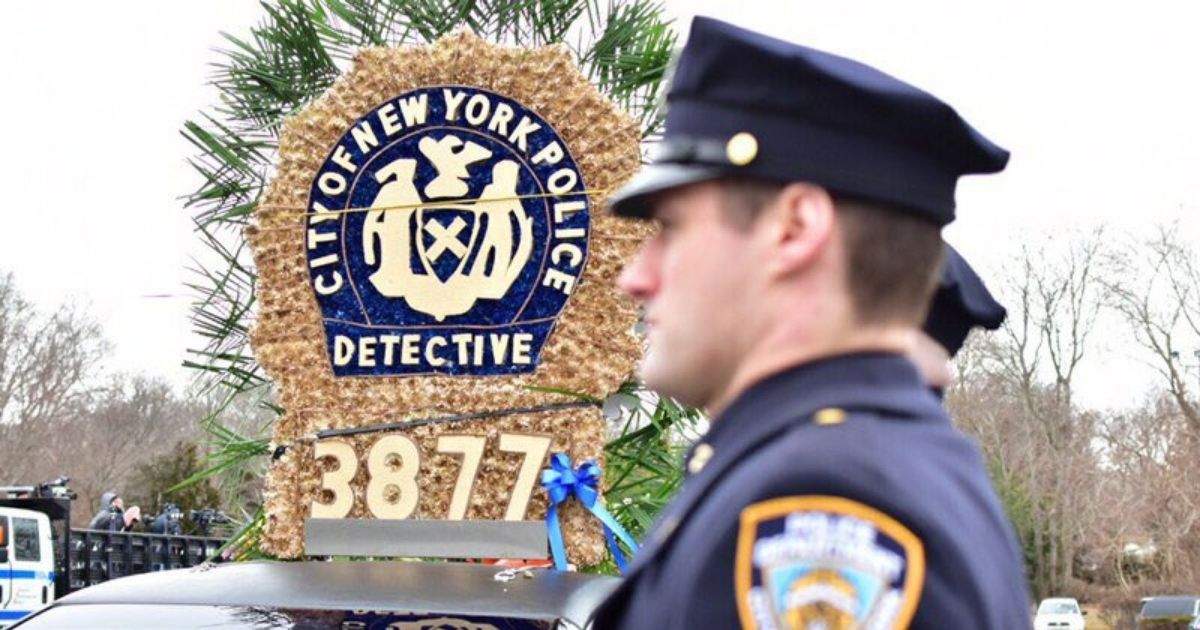 The man whose decision to rob a cellphone store in 2019 culminated in a New York Police Department detective being killed by friendly fire has been sentenced to 33 years behind bars.

Christopher Ransom and another man robbed a T-Mobile store in Queens on Feb. 12, 2019. Ransom used a fake gun, the Daily News reported.

Police arrived at the scene and surrounded Ransom and his accomplice, Jagger Freeman. Despite the fact that his weapon was not real, Ransom ran toward officers pointing it at them.

Not knowing that the gun was fake, officers opened fire. Ransom was struck eight times but survived. NYPD Sgt. Matthew Gorman was also hit by police gunfire. He took a bullet to the leg but lived.

Detective Brian Simonsen, a 19-year veteran of the NYPD, was hit in the chest by friendly fire and died. The 42-year-old officer left behind his wife, Leanne Simonsen.

Later this morning we gather with first responders from across the nation to honor and lay to rest NYPD Detective Brian Simonsen. pic.twitter.com/gmB0pJgYaB

On Wednesday, Ransom was given a 33-year prison sentence as part of a plea agreement.

“My hope is that the family of Detective Brian Simonsen may finally have some closure with the sentencing of this defendant,” Queens District Attorney Melinda Katz said. “His lawless, selfish behavior set the terrible events of that day in motion.”

Ransom owned up to his role in Simonsen’s death.

“I have slowly over time came to the realization that I am the author of the chain of events that led to the death of Simonsen, and for that I am deeply sorry,” Ransom said, according to WNYW-TV.

“There are no explanations I can give to Detective Simonsen’s grievers [as] to why I did not just drop that stupid fake gun when I was told to do so. I just have to now live with the fact of knowing that things would have played out differently if I had done so.”

“We had so many plans, so much living to do together,” the widow told Ransom. “You robbed us of this. You took my joy. You took my life right along with his that night.”

“I’m sorry you did not have more time with your husband because of my actions,” he told her. “I never met the man, but from what I heard, the city has lost a true hero.”

The Legal Aid Society, which represented Ransom, commented on his plea deal and sentence.

“With this plea agreement, our client, Christopher Ransom, takes full responsibility for his actions,” the organization said. “The resolution of the case, however, should not detract from the immense physical and emotional pain that he continues to endure as a result of injuries sustained in the NYPD’s friendly-fire shootout.

“We hope that the NYPD also takes this opportunity to reexamine their own procedures and training so that a tragedy like this never happens again.”