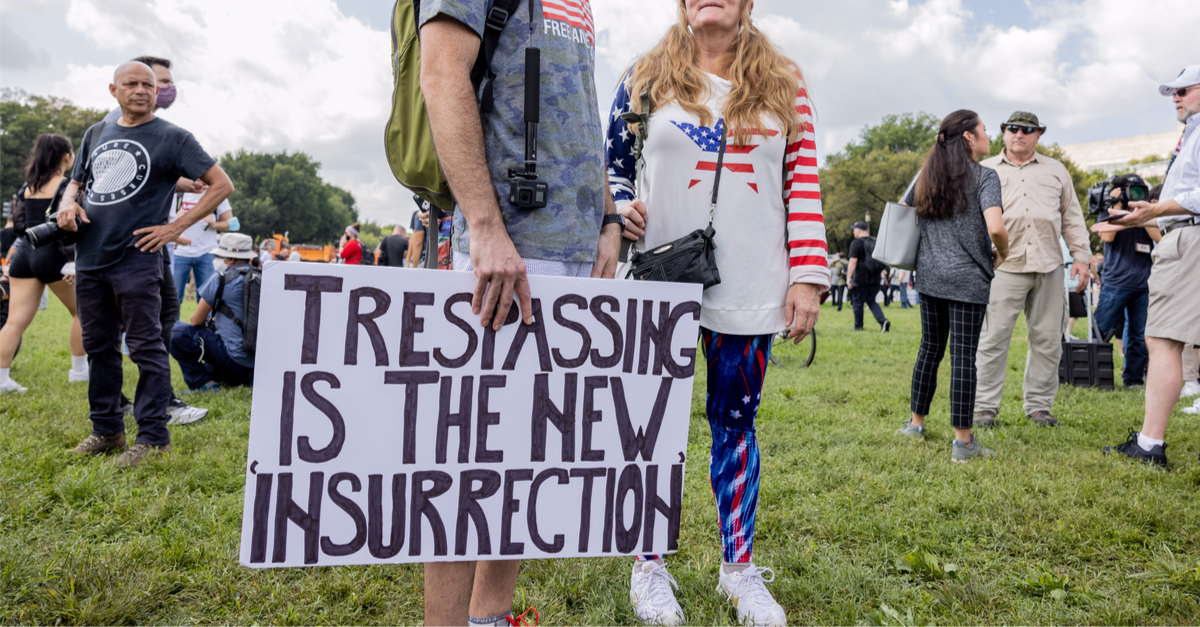 Americans are right smack dab in the middle of insurrectionist sentencing season, and the variety of the situations that have arisen during some of these trials have been shocking, to say the least.

One of the most consistent oddities has been the ruthlessness of the judges in many of the cases, with several doling out sentences far harsher than prosecutors sought in an effort to make examples of the offenders.  This includes Jacob Chansley, the “QAnon Shaman”, who received over 3 years in jail for his trespassing at the Capitol.

The latest case to come to conclusion has even included a fairly un-subtle dig at former President Donald Trump, who was acquitted of “inciting” the insurrection during his Senate trial.

Former President Donald Trump wasn’t in a Washington, DC, courtroom when a Capitol rioter was sentenced Friday, but a federal judge brought him into the discussion. “You were a pawn in a game directed and played by people who should know better,” Judge Amit Mehta told John Lolos. “I think that mitigates your conduct.” So the judge said he was imposing just a 14-day jail sentence on Lolos, Politico reports. The Department of Justice had sought a 30-day term for the defendant, who pleaded guilty in August to one misdemeanor count of parading, demonstrating or picketing in a Capitol building, per WUSA9.

Still, the judge expressed confidence that the sentence would deter Lolos from politically driven violence. Mehta said the claim that the Capitol attack was just a protest is false. He didn’t name Trump but said, “People like Mr. Lolos were told lies, told falsehoods, told our election was stolen when it clearly was not.” The judge added that when “people who should know better” repeatedly say the election was stolen, “it’s not surprising that people will believe it.” Those people have not been held accountable, Mehta said. People like Lolos, he said, “are the ones who are paying the consequences.”

With hundreds of cases still awaiting their day in court, and hundreds of people still on the FBI’s wanted list, there is no telling how much further off the rails the justice system is going to get.