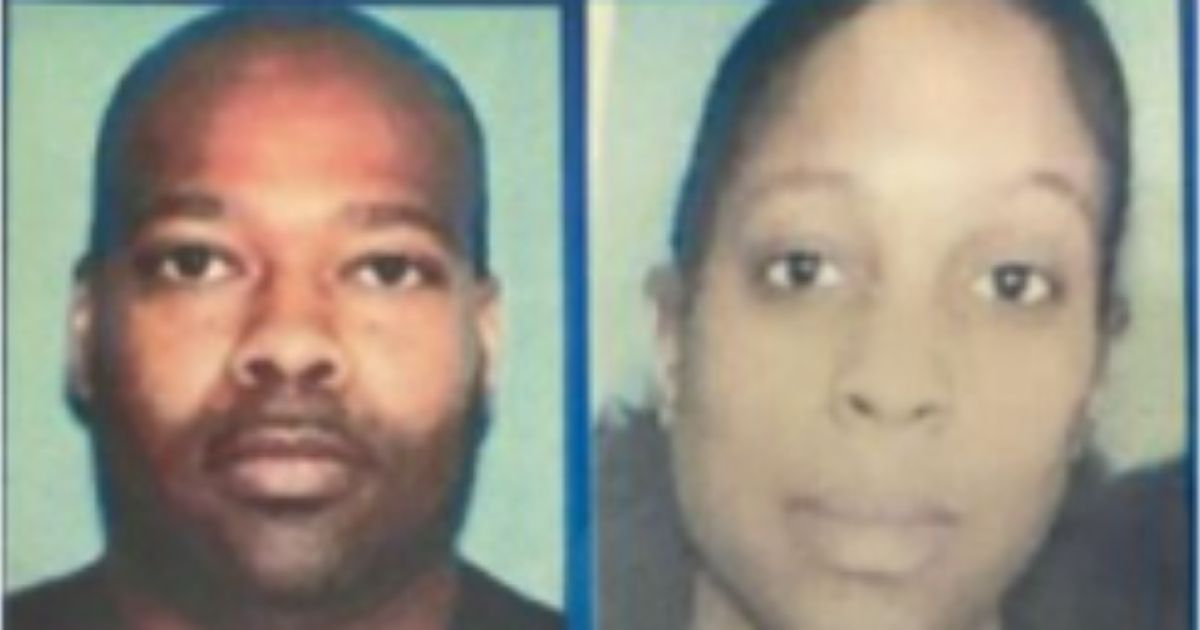 A days-long manhunt that began on Nov. 14 has ended in heartbreak as ex-cop Robert Vicosa, suspended cop Tia Bynum and Vicosa’s two young daughters were found dead on Thursday.

Vicosa, 41, was with the Baltimore County Police Department for 17 years but had a history of failing to show up to court when required, falling asleep on the job and displaying “improper conduct” with female subordinates, according to WGAL-TV.

At first he was demoted from sergeant to officer, but in August he was officially let go.

Bynum, who also worked with the Baltimore County Police Department for 14 years, was suspended and had at some point been disciplined for running a department car into a tree, according to WGAL.

On Sunday, authorities reported that Vicosa had abducted his two children — 6-year-old Aaminah and 7-year-old Giana — after assaulting their mother in his Windsor Township, Pennsylvania, home.

On Tuesday, the four popped up on the radar again in Red Lion, Pennsylvania, after Vicosa allegedly stole a car and a phone from a female driver and held her at gunpoint; Aaminah and Giana were with him.

On Wednesday, he and Bynum allegedly stopped another driver and forced him to drive them to various locations around Baltimore — but eventually, they released him.

Police: Robert Vicosa kidnapped a man in Cockeysville and drove him to “various locations over several hours”.
Vicosa and Tia Bynum linked to multiple crimes in PA and now MD over past week.
Vicosa former cop. Bynum current cop. https://t.co/otLXl06jiV

“During the incident, these suspects, who were armed with a handgun, carjacked an individual, forcing him to drive these two suspects throughout several different locations across the Baltimore metropolitan area. This victim was later released unharmed.”

1/3: Our priority is the safety and well-being of Giana and Aaminah. @BaltCoPolice will continue to investigate tips as they come in related to this case. https://t.co/RQTMAj71L7

Police tried, repeatedly, to contact Vicosa and Bynum to implore them to turn the girls over to keep them safe.

“We would like you to put Gigi and Mina in a safe place where we can ensure their safe return and safety overall,” York Area Regional Police Chief Tim Damon said. “They do not need to be involved in this, and we want to ensure that the two girls — your girls — are safe.”

“These are children, these are babies, and we want to get them back to their mom immediately,” York Area Regional police Lt. Ken Schollenberger added. “We hope that he still remembers that he has duties as a father, and he’s going to do the right thing and bring these little girls home.”

“Tia, our priority is the safety and wellbeing of Giana and Aaminah,” Hyatt said in her own plea. “Please, get these two innocent and precious children to a safe location. You can drop them off at a public safety facility, or any other safe location with a responsible adult to care for them.

“Their wellbeing and safety is everyone’s priority. We know that you are tired. We want to work with you on a safe and peaceful resolution.”

Sadly for everyone involved, the manhunt came to an end Thursday when the car containing the four, which had been pursued from the Pennsylvania state line, came to an abrupt halt in Smithsburg, Maryland.

When authorities approached, all four — Vicosa, Bynum, Giana and Aaminah — were found with gunshot wounds.

One of the girls was life-flighted to a medical center in Hagerstown but was later pronounced dead. The other three were pronounced dead on the scene.

Police later revealed that there were multiple guns in car. Maryland State Police spokeswoman Elena Russo said the crisis negotiation team tried multiple times to reach the people in the car, but there had been a thick layer of smoke inside the vehicle, WBAL reported.

“That vehicle failed to yield and began to drive erratically,” Damon said, according to WGAL. “During that erratic driving, the vehicle eventually drifted off the roadway and came to a stop. The Maryland State Police arrived and assisted the other agencies on scene and approached the vehicle. Upon approach of the vehicle, they found multiple fatalities inside the vehicle.”

This was certainly not the outcome anyone was hoping for, and many have expressed their grief over the horrific ending, their rage over Vicosa and Bynum’s actions and their condolences to the family of the young girls.