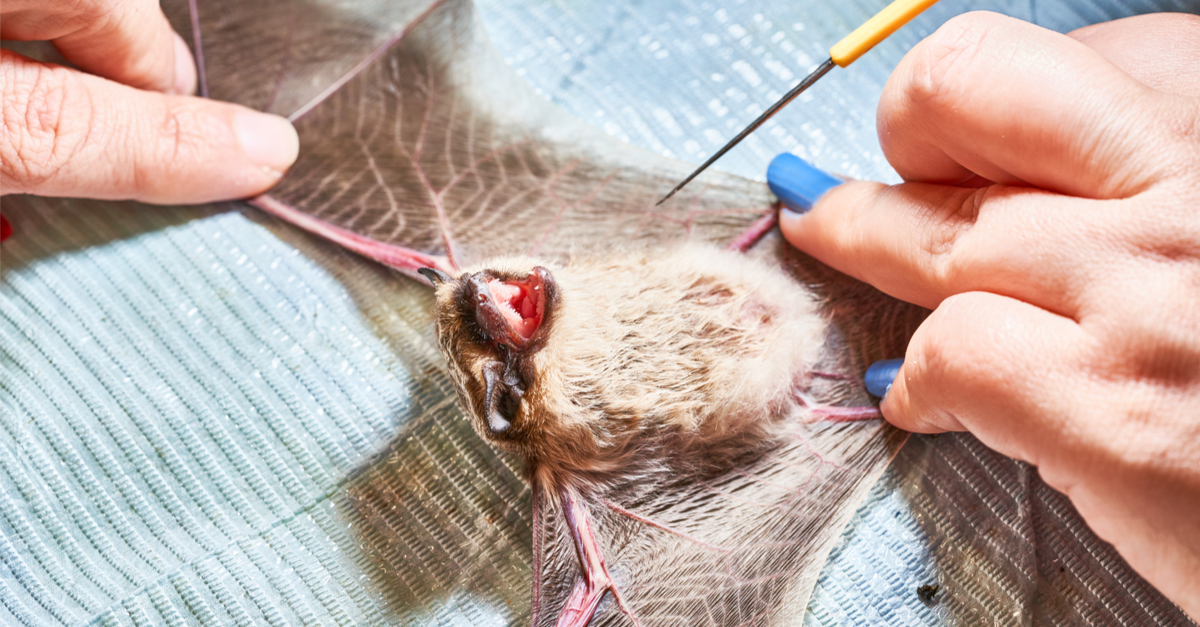 Researchers at the Wuhan Institute of Virology were investigating coronaviruses in high-risk bat species from Laos prior to the pandemic, leaked documents revealed.

The findings lend more weight to the hypothesis that SARS-CoV-2 leaked out from a Wuhan laboratory before causing a global pandemic, according to Daily Mail. They also suggest that it might be possible that both the bat origin theory of the COVID-19 pandemic and the lab-leak theory could be simultaneously true.

According to a Sunday report from The Telegraph, scientists in September came across a coronavirus strain named Banal-52 in Laos. Banal-52 shared 96.8 percent of its genome with SARS-CoV-2.

While, according to the Telegraph, the discovery of Banal-52 and its similarity with Sars-CoV-2 strengthened hypotheses which argued that the source of the pandemic was a natural spillover instead of a lab escape, it raised questions of how Banal-52 could have somehow given rise to SARS-CoV-2 in Wuhan over 1,000 miles away.

Leaked emails between EcoHealth Alliance and U.S. government funders provide some answers to those questions, according to reporting from the Telegraph.

U.S.-based bipartisan group White Coat Waste Project got access to these emails through a Freedom of Information Request, the outlet reported.

These emails revealed that between June 2017 and May 2019, the Wuhan Institute of Virology received viral samples of “bats and other high-risk species” from Laos, according to the reports.

Prior to Banal-52’s discovery, the EcoHealth Alliance was looking at other bat viruses, including in Yunnan, China, and sending them to the Wuhan Institute of Virology.

One such virus is RaTG13, also remarkably similar genetically to Sars-Cov-2. RaTG13 was first discovered in a horseshoe bat in a Yunnan mineshaft that the Chinese government denies researchers access to, according to Daily Mail.

According to reports, information about the genetic sequences of the samples collected from both Laos and Yunnan were cleared from an online database at the Wuhan institute where they were stored until September 2019.

Since the data was cleared, researchers cannot precisely determine what strains the Wuhan Institute of Virology studied.

New Zealand based data scientist and pandemic origins researcher Gilles Demaneuf believed that the leaked documents’ revelations offer a “plausible” route to trace the virus’ spread from Laotian bats to Wuhan, according to the Daily Mail.

“Now we have a very plausible direct route with two options,” Demanuef wrote in a blog post, the Telegraph reported.

Co-author of “Viral: The Search for the Origin of Covid-19,” Viscount Matt Ridley views the leaked emails as something offering more support to the lab leak theory, according to the Telegraph.

“Banal-52 is not close enough to be the progenitor, it’s still not the smoking gun, but it’s pretty good. So maybe this virus started in Laos, not China. Interesting possibility,” Ridley reportedly said when he was speaking at the Institute of Economic Affairs.

“But we got a leak of a document showing that the EcoHealth Alliance was sampling bats in Laos. They say in the document that because it would be complicated to come back and ask the U.S. Government for permission to give some of the grant to a Laotian lab, they’d like to send all these samples to a lab that can analyse it for them. It was in a place called Wuhan. So the outbreak happened in a city with the world’s largest research programme on bat-borne coronaviruses, whose scientists had gone to at least two places where these Sars-CoV-2-like viruses live,” Ridley said, according to the Telegraph.

According to another leaked document accessed by Drastic, an open source data analyst group, Dr. Peter Daszak, the head of EcoHealth Alliance, had proposed that the U.S. government fund “to artificially insert cleavage sites into Sars-like coronaviruses collected in the field and studied in Wuhan,” the Daily Mail reported.

The United States declined Daszak’s 2018 request for $14.2 million out of concerns over the impact of the Alliance’s virus alteration work.

Ridley, however believes that while the U.S. turned down Daszak, the work still proceeded.

“Most of the funding for the Wuhan Institute of Virology comes from the Chinese not the American government, after all; so the failure to win the U.S. grant may not have prevented the work being done. Moreover, exactly such an experiment had already been done with a different kind of coronavirus by — guess who? — the Wuhan Institute of Virology,” Ridley wrote in an article for The Spectator World.