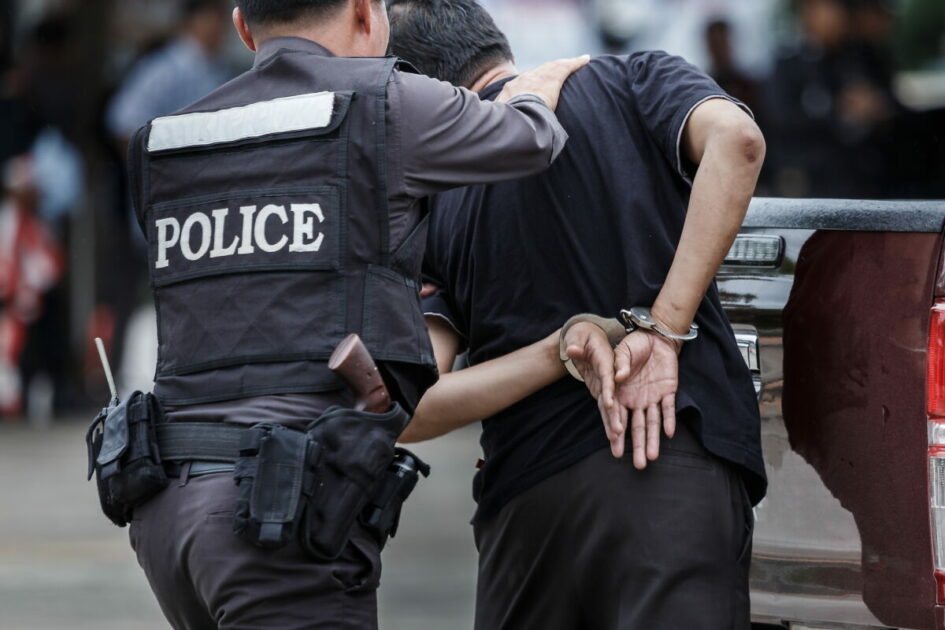 The following article, Video: Man Reportedly Armed with Knife Arrested Outside Rittenhouse Trial, was first published on Flag And Cross.

The jury in the murder trial of 18-year-old Kyle Rittenhouse entered their third day of deliberations Thursday. As they did so, protesters continued to gather outside the courthouse in anticipation of the verdict.

According to The Post Millennial, a protester was arrested outside the Kenosha, Wisconsin, courthouse Thursday afternoon. He was wearing all black, and his face was covered with a mask.

News2Share editor-in-chief Ford Fischer posted a video of the incident on Twitter. He said the man had a handgun on his hip and was carrying a knife.

Just now outside courthouse in Kenosha: individual with handgun on hip and (at least) one knife arrested. pic.twitter.com/B2OoKSi6kO

More video of the detainment and arrest of armed masked person by videographer @BGOnTheScene, who was in #Kenosha last year capturing some of the most important videos that corporate mainstream press didn’t bother to document. pic.twitter.com/0CZgd2qSv0

In Fischer’s video, one police officer searched the man and handed items to another officer. He first handed over a bag that was strapped to the man, and he then handed over an item resembling a knife.

The arrest comes after two other protesters were arrested Wednesday night.

One of the two arrested was Anthony Chacon, who was filmed punching someone in Kenosha on Wednesday evening. He was wearing a shirt with the words “F*** Kyle” on it.

MULTIPLE ARRESTS IN KENOSHA: BLM Protesters clashed with Pro-Rittenhouse protester on the steps, one journalist got punched and two blm protesters were arrested across the street. #HappeningNow #RittenhouseTrial #Rittenhouse pic.twitter.com/CWjTZvxN8z

The other was Shaquita Cornelius, an apparent Black Lives Matter leader from Illinois.

Chacon was charged with various misdemeanors including disorderly conduct, obstructing an officer and battery, The Post Millennial reported. He was also charged with a felony count of bail-jumping on a previous charge.

Meanwhile, Cornelius was charged with resisting arrest, disorderly conduct and marijuana possession. Her Facebook profile describes her as the co-chairman of the Lake County, Illinois, BLM group.

According to Townhall reporter Julio Rosas, Judge Bruce Schroeder revealed a man who said he worked for NBC News followed a bus with Rittenhouse jurors on it Wednesday evening. As a result, Schroeder banned MSNBC from the courthouse for the remainder of the trial.

Judge Schroeder: Kenosha police reported someone followed the bus carrying the Rittenhouse jurors last night while claiming to work for MSNBC. It is under investigation. No one working for MSNBC will be allowed inside the courthouse for the duration of the trial.

Schroeder said the man identified himself as James J. Morrison. He called the incident “an extremely serious matter.”

According to Fox News, the man was briefly taken into custody Wednesday evening. Police believed the man was trying to photograph jurors, but they said he did not obtain the desired photographs.