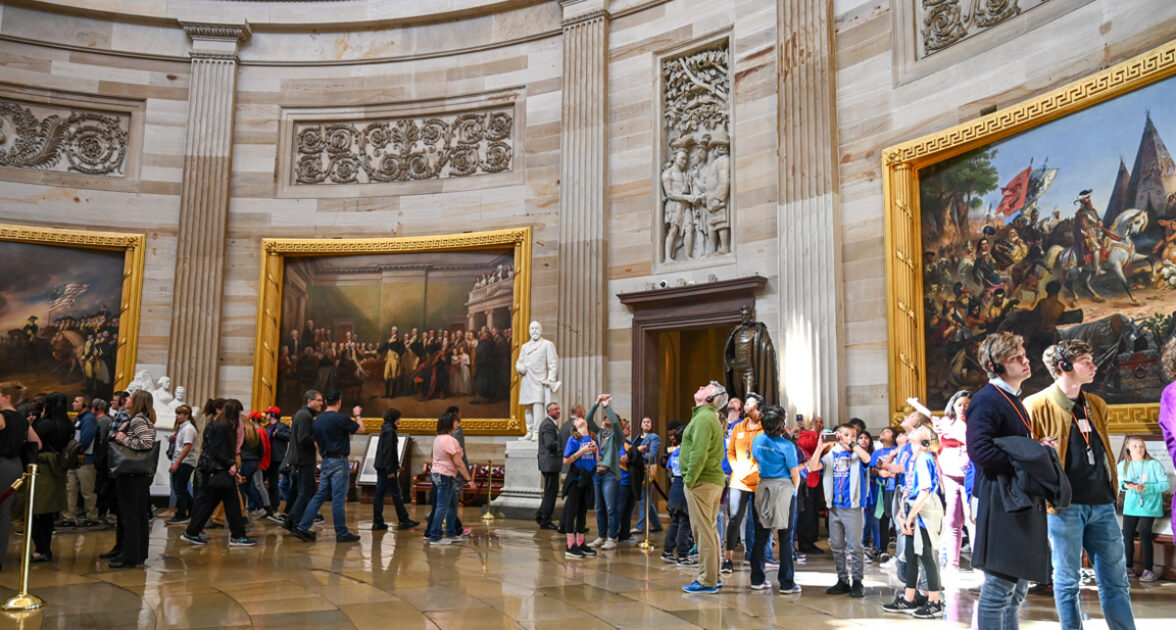 The following article, Shock Footage in ‘Capitol Punishment’ Confirms Aftermath of Jan. 6 Was an Elite Psychological Operation Against Patriots, was first published on Flag And Cross.

Most of the people in Washington, D.C., on Jan. 6 were peaceful protesters. Despite that, the FBI is trying to intimidate nearly everyone there into submission with the federal government. And we now have the video that proves it.

In “Capitol Punishment,” the new blockbuster documentary produced by Chris Burgard and Hollywood star and unashamed conservative Nick Searcy, the FBI’s underhanded tactics are revealed. If you want to see the real story of Jan. 6 not being told by the establishment media, sign up to secure your copy of the film when it premieres on Thanksgiving Day.

Tony Martinez, 47, was one protester who told his story in the documentary. He said he never entered the Capitol, but that did not stop the FBI from showing up at his home.

In the movie, Martinez described the moment the FBI broke the glass on his back door and entered his home. Martinez said he and his daughter were handcuffed, and the FBI was unable to provide a warrant when his wife asked for it.

Even amid that chaos, Martinez said he was hardly surprised.

So how did Martinez get to the point where he almost expected mistreatment from government agencies? “Capitol Punishment” answers that very question, and you can sign up right now to watch the film when it premieres on Thanksgiving Day.

Joey Gilbert, a lawyer turned Republican gubernatorial candidate in Nevada, was at the Capitol on Jan. 6. He said in the documentary that the federal government’s actions that day and particularly afterward were part of a calculated plan.

“It has been a very coordinated effort to defeat America mentally, emotionally, psychologically,” Gilbert said.

That would explain the experiences of people like Martinez and Dr. Simone Gold, who was also at the Capitol that day. Gold leads the oft-criticized organization America’s Frontline Doctors, which raises relevant concerns about the COVID-19 vaccines.

Gold said she did enter the Capitol that day, but it was through an open door with many other people and did not involve violence. So she was horribly surprised when the FBI later showed up at her house, as well.

In “Capitol Punishment,” producer Searcy attempted to re-enact that scene. His knocking and yelling clearly conjured up unpleasant memories for Gold.

Gold and Martinez are just two of many people being unfairly targeted from Jan. 6. You can see more stories by signing up now to gain access to “Capitol Punishment” when it is released on Thanksgiving Day.

J. Michael Waller at the Center for Security Policy said the federal government’s tactics in apprehending protesters from the Capitol are completely unjustified.

“This is psychological warfare,” he said in the film. “It has no legal basis … it’s like tactical military operations like you’d see in a counterterrorist op in Afghanistan or Iraq or someplace else.

“When you have crowds of heavily armed personnel trained as a tactical unit breaking in, holding people, holding children, scaring people, terrorizing them and then not even allowing them to [seek] any form of even legal defense for a certain time, but making sure that it’s all publicized … this is to get into people’s psychology.”

Contrary to the establishment media narrative, the story of Jan. 6 is about more than just the few violent people who entered the Capitol building. It involves a full-scale federal effort to silence dissent, and that effort is exposed in “Capitol Punishment.” Do not miss your chance to learn the real truth about Jan. 6 — truth the FBI, the Deep State and the media hope you never learn. Sign up to see the film when it premiers on Thanksgiving Day.