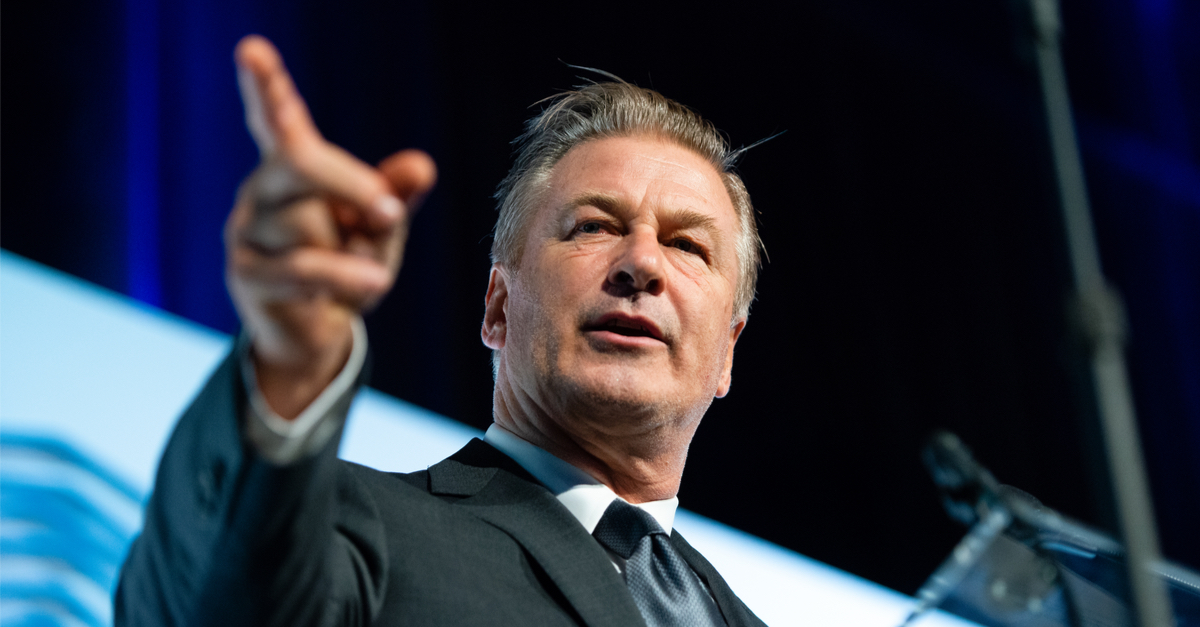 A woman suing actor Alec Baldwin has accused him of playing “Russian roulette” on the set of his Western film “Rust” last month in the shooting that killed a crew member.

High-profile attorney Gloria Allred said at a Wednesday news conference that her client, “Rust” script supervisor Mamie Mitchell, witnessed Baldwin being careless with the gun that he fired into cinematographer Halyna Hutchins on location in New Mexico on Oct. 21.

The bullet passed through Hutchins and into film director Joel Souza. Souza survived while Hutchins leaves behind a husband and a child.

The actor showed remorse in public after the shooting but later melted down online as he claimed it was not his fault.

The firearm he used to kill Hutchins was described as a “prop gun,” but it was operable and contained live ammunition.

While the debate about who is responsible for placing live rounds of ammunition on a film set rages and the finger-pointing continues, Allred is blaming Baldwin.

The lawyer told reporters that as the trigger man, Baldwin is ultimately responsible for the death of Hutchins, and that his behavior was beyond negligent before he killed her. As a film industry veteran, the actor should have “assumed” that the gun he was holding was loaded, Allred said.

Then, she laid down the hammer on the actor.

“We allege, in our lawsuit, that the events that led to the shooting by Mr. Baldwin of a loaded gun do not constitute simple negligence on Alec Baldwin’s part or the producers of ‘Rust,'” Allred said at the news conference in Los Angeles. “Instead, in our opinion, Mr. Baldwin chose to play Russian roulette when he fired a gun without checking it and without having the armorer do so in his presence.

“His behavior and that of the producers on ‘Rust’ was reckless. The fact that live ammunition was allowed on a movie set … makes this a case where injury or death was much more than just a possibility. It was a likely result.”

She also attacked the safety on the film set, noting that there were numerous “safety issues” before the shooting that were “ignored.”

Mitchell described the shooting in her own words at the news briefing. The woman claimed that the events of Oct. 21 have left her emotionally scarred.

She is suing Baldwin for intentional infliction of emotional distress and deliberate infliction of harm. Mitchell also is suing film armorer Hannah Gutierrez-Reed and Dave Halls, the film’s assistant director. She is seeking both compensatory and punitive damages.

Halls has admitted he didn’t thoroughly check the gun before Baldwin handled it, according to The New York Times. The actor also should have checked it, but he apparently failed to do so.

Allred’s announcement that Mitchell is suing the actor comes after “Rust” chief lighting technician Serge Svetnoy announced a week ago that he was suing Baldwin and the film’s financiers for negligence, Deadline reported.

“This incident was caused by the negligent acts and omission of Defendants, and each of them, as well as their agents, principals, and employers,” the Svetnoy lawsuit says. “Simply put, there was no reason for a live bullet to be placed in that .45 Colt revolver to be present anywhere on the Rust set, and the presence of a bullet in a revolver posed a lethal threat to everyone in its vicinity.”

This tragic story just keeps unearthing new information and new claims. But one theme remains the same: One of Hollywood’s loudest anti-gun activists fired a gun and took the life of a young woman.

According to Allred, Baldwin did more than negligently handle, point and then fire a gun. He played a game with it when he ignored industry norms. That occurred after Baldwin has spent years attacking normal Americans for over their right to buy and own guns.

It appears the actor violated the golden rule with regard to firearms, no matter whose account of what happened — and there are many — is most accurate. That rule is that guns, even “prop guns,” should always be handled as if they are loaded.

Sadly, that lesson was learned on “Rust” at the expense of Hutchins and those who will forever mourn her loss.