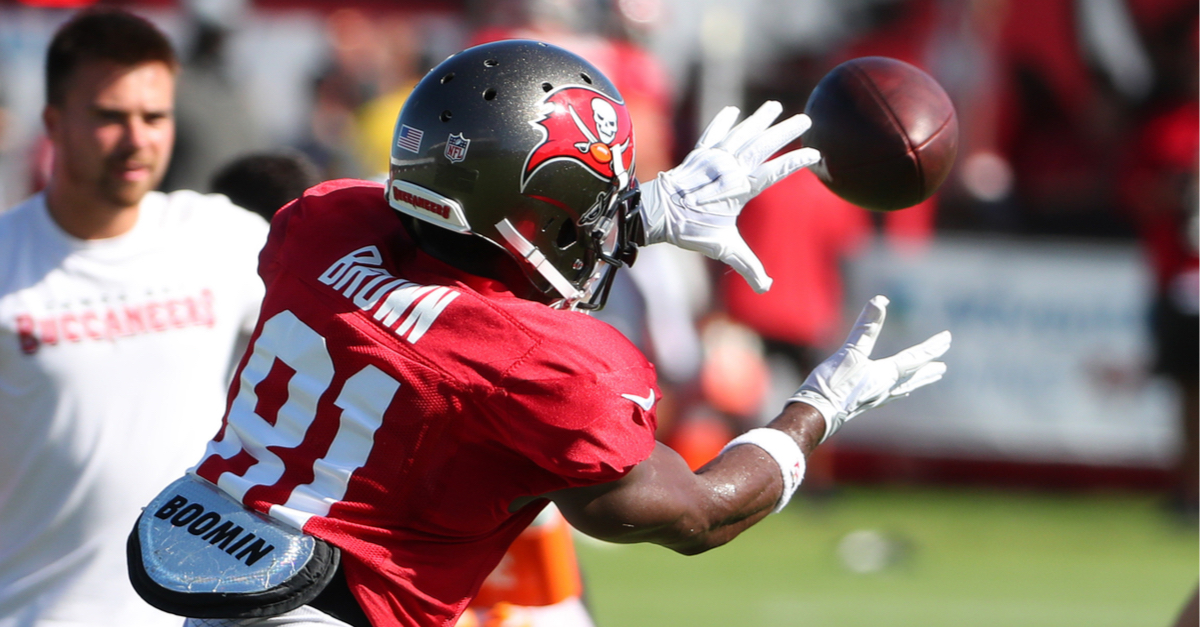 The following article, NFL Troublemaker Under Investigation for Phony COVID-19 Vaccine Card, was first published on Flag And Cross.

Professional athletes often have some mighty large egos.  This isn’t some shocking revelation, that’s for sure, and there are plenty of Americans who’ve been turned off by the antics that they see both on and off the field.

And trust me, there have been some downright zany antics over the years.

Of course, in 2021, much of the off-court drama of professional sports revolves around the waning coronavirus pandemic and the varying vaccine mandates being instituted by the government and private corporations alike.

The latest incident comes to us from the NFL, where longtime troublemaker Antonio Brown is now under investigation.

The accusations are made by Steven Ruiz, Brown’s former at-home chef in a Tampa Bay Times exclusive report.

The NFL’s Vice President of Communications Brian McCarthy told CNN, “We are aware of the report and have been in contact with the club. We will review the matter.”

And it wasn’t cheap, either.

According to the Times, Ruiz says Brown’s girlfriend asked Ruiz if he could obtain fake Johnson and Johnson vaccination cards and that Brown would pay him $500 for it. The Times showed a screenshot of the alleged text exchange from July between Ruiz and Brown’s girlfriend.

There may have been a little revenge at play, as well.

According to the Times, Ruiz says Brown owes him $10,000 and only spoke to the paper after they were unable to come to a settlement.

An attorney for Antonio Brown claims that the NFL star is indeed vaccinated.  The investigation is ongoing as of this writing.