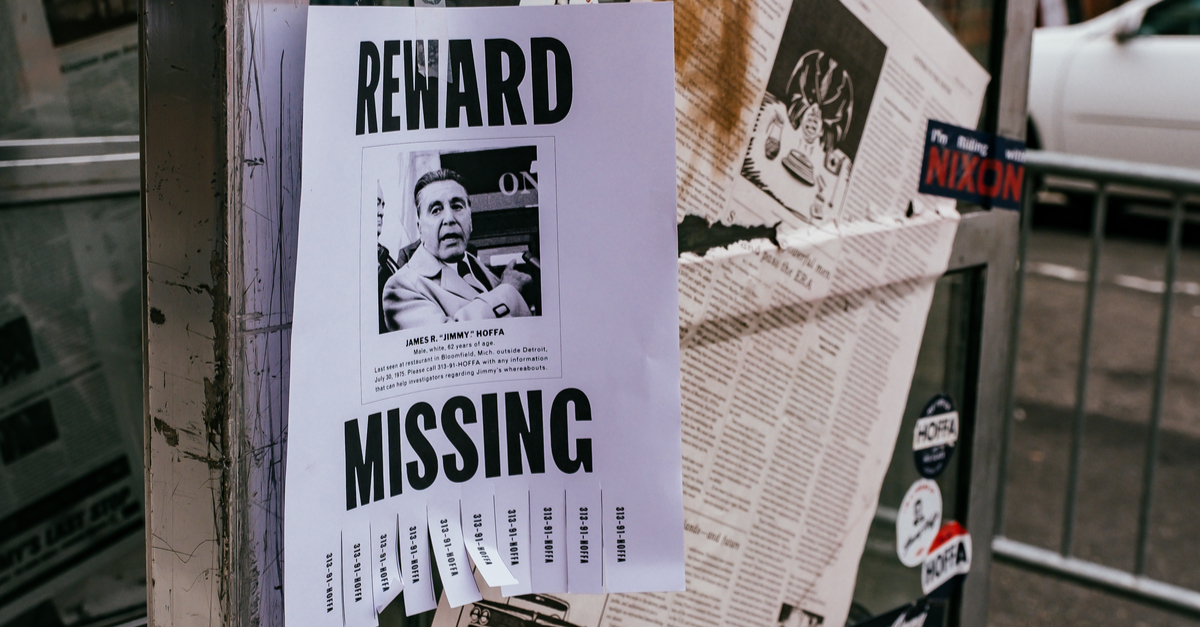 The following article, HOFFA FOUND? Yet Another Credible Claim Leads Investigators to NJ Landfill, was first published on Flag And Cross.

It’s one of the greatest political mysteries of our time.  A conspiracy perhaps second-only to the JFK assassination.  Just what in the heck happened to Jimmy Hoffa?

Decades after his disappearance, there is but one thing that is universally accepted regarding the fate of the union boss:  Foul play was certainly involved.  But, if so, where is the evidence?  Where are the deathbed confessions?  Most importantly:  Where is Jimmy Hoffa’s body?

There has been no shortage of speculation when it comes to Hoffa’s final resting place.  Just a few years ago, authorities excavated the area under a shed in some suburban northeast town looking for the elusive archaeological specimen.  For decades before that, it was believed that Hoffa was buried under the end zone at Giants Stadium.

This week, investigators are following a new lead, and preparing to explore a vast landfill in New Jersey.

The nearly half-century search for the remains of union boss Jimmy Hoffa has led the FBI to a former New Jersey landfill.

As the traffic roared above them on the Pulaski Skyway, a team of FBI forensic investigators from Detroit and Newark collected evidence on Oct. 25 and 26 from a plot of land in Jersey City and are now analyzing it, the FBI confirmed Friday.

“Last month, the FBI obtained a search warrant to conduct a site survey underneath the Pulaski Skyway,” Special Agent Mara Schneider of the FBI’s Detroit field office said. “That data is currently being analyzed. Because the affidavit in support of the search warrant was sealed by the court, we are unable to provide any additional information.”

Where exactly did this new information come from?

The FBI has revealed that the search was instigated by a tip provided to them by the son of a former mafia boss.  It has long been believed that Hoffa’s demise came at the hands of those within organized crime who saw his work with local unions to be a threat to their business.