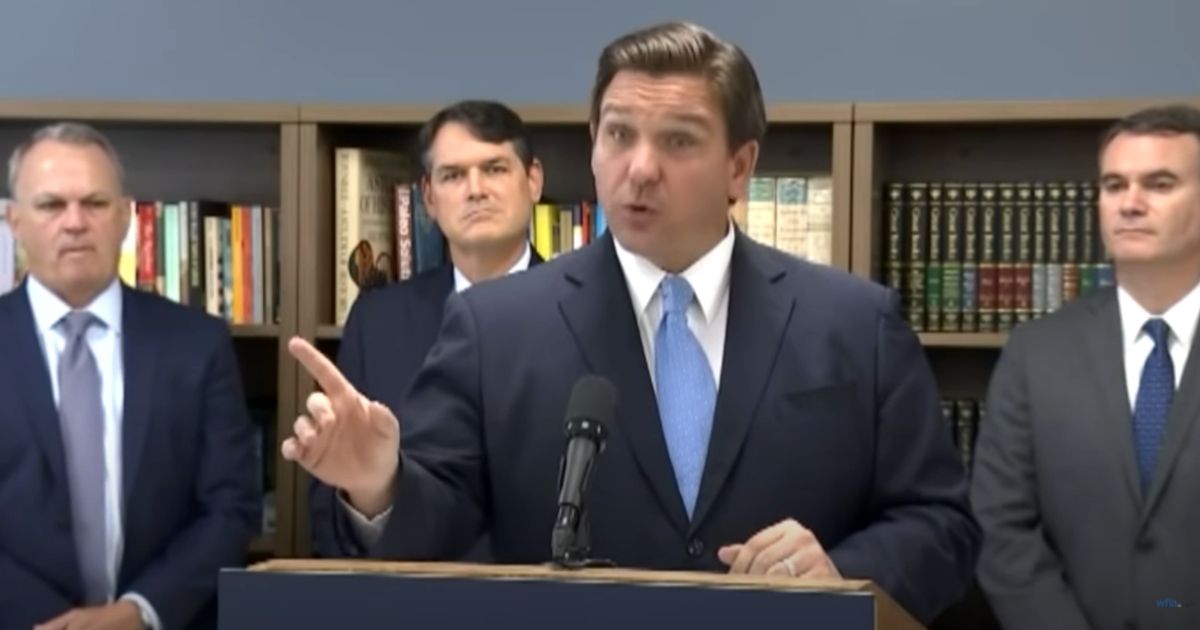 It’s no secret that President Joe Biden and Florida Gov. Ron DeSantis, a Republican, have had a bit of a war with each other over the past several months.

Being on opposite ends of the political spectrum, it’s no surprise. DeSantis’ latest move was yet another jab at the president’s vaccine mandate plans.

As Biden continues to try to push through legislation to mandate the vaccine for businesses with more than 100 employees, DeSantis decided to sign a legislative package that prevents workers from being required to get the vaccine. Furthermore, employers will be required to allow exemptions to the vaccine, for things such as religious beliefs and health concerns, Fox News reported.

But being explicitly contrary to Biden’s vaccine dreams was not enough. DeSantis is also signing the legislation in Brandon, Florida.

“Let’s Go Brandon” has become a popular taunt against the president after an NBC reporter thought a NASCAR crowd was chanting the phrase — they were actually shouting “F*** Joe Biden.”

So DeSantis’ move to sign anti-vaccine legislation in Brandon is a very thinly veiled taunt at the president.

“The significance of signing this legislation in Brandon, Florida, is not lost on the governor,” DeSantis’ Press Secretary Christina Pushaw told Fox News.

The back and forth between Biden and DeSantis has been going on for months now.

It began in August when Biden directly criticized Republican governors over their resistance to COVID lockdowns, vaccines and other measures meant to curb the pandemic.

“If you’re not going to help, at least get out of the way of people trying to do the right thing,” Biden said at the time, according to US News.

DeSantis fired back at the president by promising to fight any mask, vaccine and other COVID related mandates. He further accused the Biden administration of spreading the virus by allowing immigrants to enter over the southern borders, WTVJ-TV reported.

“Joe Biden suggests that if you don’t do lockdown policies then you should quote ‘get out the way,'” the governor stated. “But let me tell you this, if you’re coming after the rights of parents in Florida, I’m standing in your way. I’m not gonna let you get away with it.”

Biden later shot back at DeSantis saying, “Governor who?” when NBC News White House Correpsondent Kelly O’Donnell asked him to give a response to DeSantis.

Here is the president responding to my question about ⁦@GovRonDeSantis⁩ using Biden’s words against him to say DeSantis is “getting in the way” over COVID rules. President Biden: “Governor who?” Watch. pic.twitter.com/mmjznTsLcf

But the spat between the governor and the president didn’t stop there.

In September it continued, this time over COVID-19 antibody treatments.

DeSantis opposed Biden’s plan to distribute monoclonal antibody treatments across the nation. Politico reported that several of the southern states had been relying on the antibody therapies to treat patients with COVID-19, but Biden came up with a plan to redistribute the treatments, cutting into the supply going to these southern states.

This seemed to be Biden carrying out his promise to get governors “out of the way.”

“We’ve been handed a major curveball here, with a really huge cut from HHS and the Biden administration … We’re going to make sure we leave no stone unturned. Whoever needs a treatment, we’re going to work like hell to get them the treatment,” DeSantis said, Politico reported.

So after this ongoing fight, DeSantis’ taunt and direct opposition to Biden and his mandates is no surprise. The governor is coming out swinging at Biden and countering whatever the president throws at him.

DeSantis tweeted yesterday, “I look forward to signing legislation that will protect their jobs and the jobs of all Floridians who are facing unjust termination due to heavy-handed mandates!”

I look forward to signing legislation that will protect their jobs and the jobs of all Floridians who are facing unjust termination due to heavy-handed mandates!

It seems that as long as Biden keeps trying to pass these kind of broad mandates and bully the states into following, DeSantis will keep fighting.