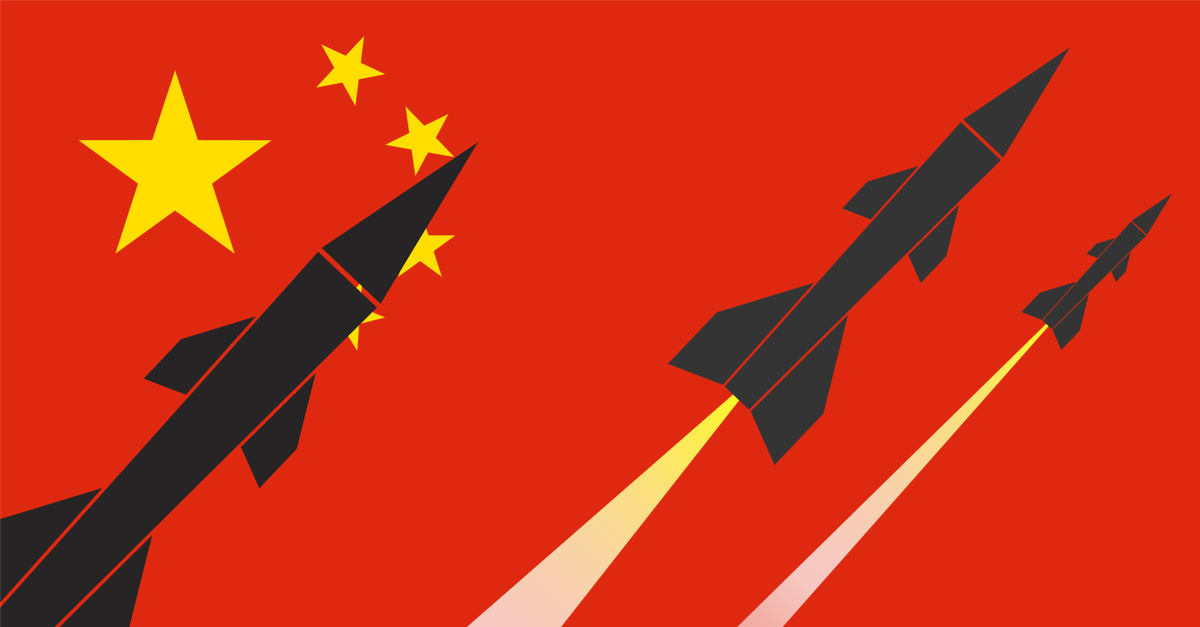 In the ever-bitter battle for global military posturing, there are but three names who are anywhere near claiming the throne:  The United States, Russia, and, rather suddenly, China.

The US is the big winner here, and in undeniable fashion.  We’re decades ahead of other global superpowers in most areas of military technology, with much of what we’re packing remaining hidden away still at secretive locations like Area 51 and Skunkworks.

But Russia and China are catching up, particularly when it comes to nuclear missile delivery systems such as hypersonic missiles.

In fact, a recent and stunning test by China is now being fully understood, and the details are downright terrifying.

China’s test of a hypersonic missile over the summer “went around the world,” the second most senior US general said in an interview released Tuesday, shedding new details on the test and warning that China might one day be able to launch a surprise nuclear attack on the United States.

“They launched a long-range missile,” General John Hyten, the outgoing vice chairman of the Joint Chiefs of Staff told CBS News. “It went around the world, dropped off a hypersonic glide vehicle that glided all the way back to China, that impacted a target in China.”

When asked if the missile hit the target, Hyten said, “Close enough.”

Hyten, who previously called the pace at which China’s military is developing capabilities “stunning,” warned that one day they could have the capability to launch a surprise nuclear attack on the US.

“Why are they building all of this capability?” Hyten said. “They look like a first-use weapon. That’s what those weapons look like to me.”

The timing couldn’t be more nervy, either, as Beijing continues its campaign of belligerence, berating and threatening any nation that appears to show solidarity with neighboring Taiwan – a territory that China appears to be hellbent on taking for themselves.

Anyone considered that china is copying what we did to the USSR that caused them to fall? We bankrupted the Soviets. China also knows that no one wins in a nuclear war.