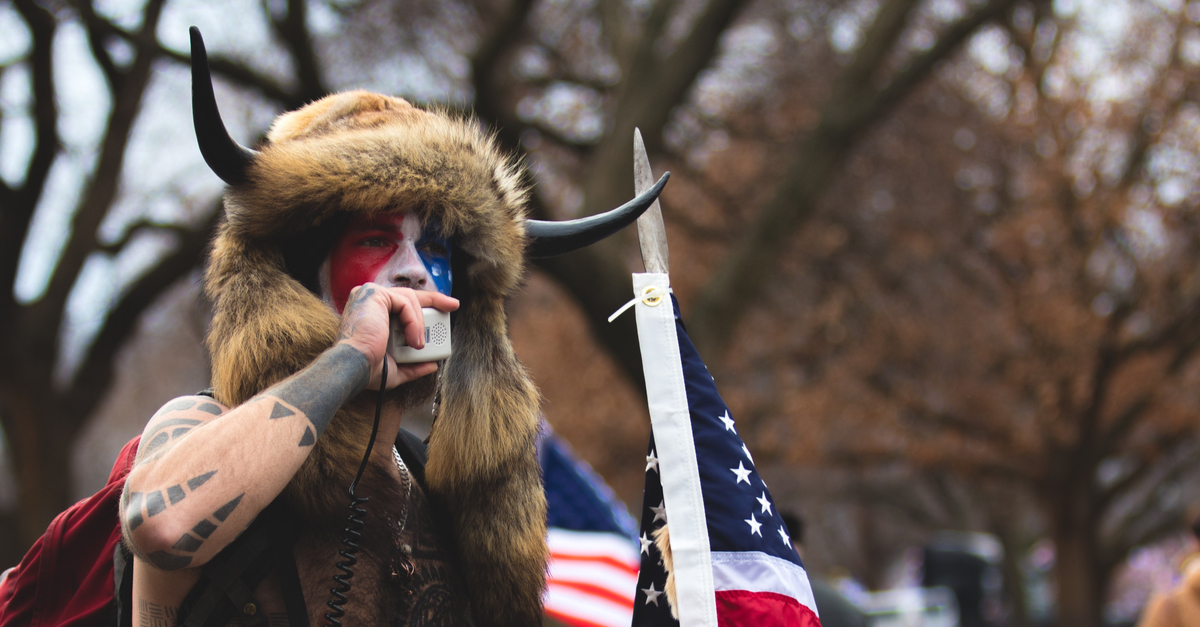 On January 6th 2021, as the US Capitol was being stormed, there was no singular would-be insurrectionist more noticeable than Jacob Chansley.

Chansley, the so-called “QAnon Shaman” entered the halls of Congress shirtless, face-painted in patriotic colors, carrying a flag-adorned spear and and wearing a large fur headdress complete with buffalo horns.  The images of his sauntering around the Capitol and entering the chambers of Congress itself were indelible to the event itself, and will forever live in the memories of Americans who were witnessing the event in real time.

Now, some ten months later, Chansley has learned of his legal fate.

“QAnon shaman” Jacob Chansley, one of the most notorious figures of the Jan. 6 Capitol riot, was sentenced Wednesday to three years and five months in prison for his role in the invasion of the halls of Congress by a horde of Trump supporters.

“What you did was terrible,” said Judge Royce Lamberth in federal court in Washington, D.C., even as he called Chansley’s stated remorse for his crime genuine.

“What you did was so serious that I cannot justify a” sentence lower than what was suggested by federal sentencing guidelines,” Lamberty said.

Chansley was repentant in the courtroom.

“I hope that you see my heart and my desire to live the life of Christ or Gandhi,” Chansley told Lamberth.

“I make this holy vow and this sacred oath, I will never re-offend again,” he added.

The sentencing comes as those on the far right continue to dear the treatment of the January 6th insurrectionists as “persecution”, insisting that they are “political prisoners”.