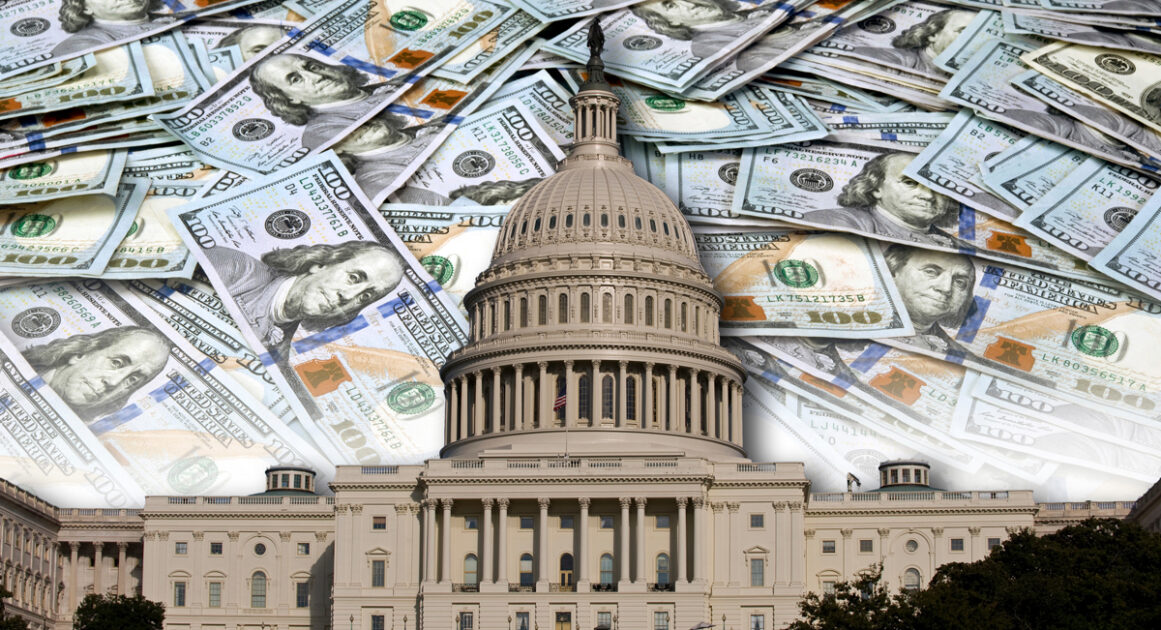 The following article, Obama Admin Figure Schools Biden, Calls Him Out on Inflation: ‘They Can’t Say They Weren’t Warned’, was first published on Flag And Cross.

When it comes to the rampant inflation that’s making Thanksgiving dinners – and everything else – more expensive this year, the American people have no one to blame but the Biden administration.

And the Biden administration and the Democratic Party have no one to blame but themselves.

They can’t say they weren’t warned.

That was the takeaway from an opinion piece published Tuesday by The New York Times, where Steve Rattner, a counselor to Treasury Secretary Lawrence Summers during the Obama administration, took apart Biden and his party for policies that have directly affected the pocketbooks of millions of Americans.

Starting with the American Rescue Plan — which passed in March without a single Republican supporter — Biden and his Democrats have launched programs that have led directly to the pressures American consumers are feeling today, Rattner wrote.

“They can’t say they weren’t warned — notably by Larry Summers, a former Treasury secretary and my former boss in the Obama administration, and less notably by many others, including me,” he said. “We worried that shoveling an unprecedented amount of spending into an economy already on the road to recovery would mean too much money chasing too few goods.”

Most people familiar with the iron economic law of supply and demand would understand that. But that basic element of capitalism is likely lost on the New Age socialists of the modern Democratic Party, who seem to think a cloudy victory in the 2020 presidential election, a razor-thin majority in the House of Representatives and command of the Senate by a single, tie-breaking vote somehow gave them the power to change the basic realities of human interaction.

As Rattner wrote, “The original sin was the $1.9 trillion American Rescue Plan, passed in March. The bill — almost completely unfunded — sought to counter the effects of the Covid pandemic by focusing on demand-side stimulus rather than on investment. That has contributed materially to today’s inflation levels.”

For Democrats in office and their supporters in the mainstream media, inflation gets nowhere near the kind of attention that’s devoted to liberal boogeymen such as “climate change” and “systemic racism,” but it’s an actual, pressing problem for millions of Americans.

About the only Democrat on the national stage who seems remotely interested in the issue is West Virginia Sen. Joe Manchin, who published a Twitter post last week calling attention to “the economic pain Americans feel every day.”

By all accounts, the threat posed by record inflation to the American people is not “transitory” and is instead getting worse. From the grocery store to the gas pump, Americans know the inflation tax is real and DC can no longer ignore the economic pain Americans feel every day.

“How could an administration loaded with savvy political and economic hands have gotten this critical issue so wrong?” Rattner wrote.

For the Biden administration, the answer to that economic pain is passing another bill — this time, regrettably, with Republican help — supposedly to revamp the nation’s infrastructure (but actually containing much more for Democrat-favored groups) with federal money the government doesn’t have.

“Mr. Biden also insists that the much-lauded infrastructure bill he just signed is fully paid for — but it isn’t. Indeed, the infrastructure figures show $550 billion in new spending and just $173 billion of additional offsets,” Rattner wrote.

And then there’s the big daddy of them all, Biden’s so-called Build Back Better plan, the mammoth now-$1.75 trillion spending plan chockablock with progressive priorities such as distributing billions of dollars to illegal immigrants through child tax credits, “clean energy” initiatives and other proposals.

The fact that those proposals are almost guaranteed to be a failure on a national scale for Biden and the American people as the infamous Solyndra solar power plant was for the Obama administration in Fremont, California, in 2011 (but without the possibility of recovery by a future Republican administration) is happily ignored by Democrats and the mainstream media.

With universal Republican opposition, the Build Back Better plan is going to require reconciliation to pass, with only Manchin and Arizona Sen. Kyrsten Sinema (the Cruella de Vil of today’s Democrats) standing between it and the American people.

Being a former high-ranking Democrat, and a man who donated the maximum amount of $2,800 to Biden in both 2019 and 2020, according to the Federal Election Commission records, Rattner isn’t clearly opposed to the spending plans, but calls out the Biden administration for trying to pretend they’re being funded by “budget gimmicks” that will only add to the deficit – and future inflation.

Rattner wants higher taxes. “Given the importance of Mr. Biden’s spending initiatives, the right move would be to add significant revenue sources,” he wrote.

(Considering The New York Times has long ago surrendered its reputation as an actual newspaper to be a propaganda organ for the modern left, that bit about higher taxes is probably the only reason Rattner’s piece got published by the Gray Lady.)

A better, saner answer would be dropping the whole, insane spending plan now, before the Biden administration inflicts even more damage on the American economy than it already has (with the Thanksgiving prices to show it).

Biden already has given Americans plenty to blame him for. And next year’s midterm elections are likely to show it — not to mention the 2024 presidential election.

On Monday, Rattner’s former boss, ex-Treasury Secretary Summers, published an opinion piece in The Washington Post also warning of the dangers of high inflation to the current Democratic project – and predicting it could lead to the return of the Republican Democrats fear most in the world.

“Excessive inflation and a sense that it was not being controlled helped elect Richard Nixon and Ronald Reagan, and risks bringing Donald Trump back to power,” Summers wrote.

….and shaped policy thinking at the central bank and in the administration.

Today, all five pillars are wobbly at best.

“While an overheating economy is a relatively good problem to have compared to a pandemic or a financial crisis, it will metastasize and threaten prosperity and public trust unless clearly acknowledged and addressed.”

They can’t say they weren’t warned.