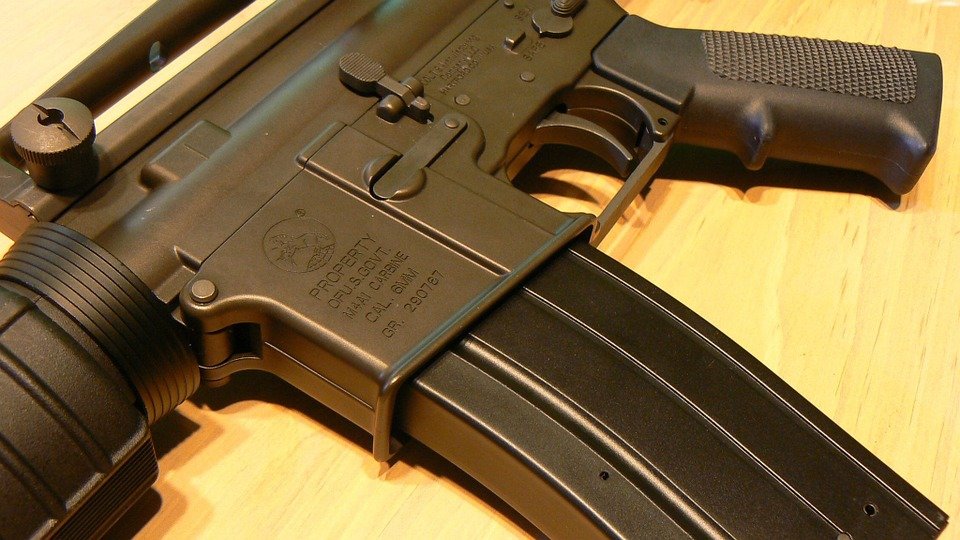 That’s the general sentiment circulating online after the prosecutor in the Kyle Rittenhouse trial committed an egregious offense in the courtroom, waving around the defendant’s AR-15 with his finger on the trigger and the barrel pointed at the jury.

Prosecutor Thomas Binger apparently placed his finger on the trigger of an AR-15 as he pointed the gun at the jury during the Kyle Rittenhouse trial.

Townhall editor Spencer Brown reacted to the photo allegedly showing Binger’s finger on the trigger by asking, “Did Alec Baldwin teach the Rittenhouse prosecutor how to handle firearms?”

On October 23, 2021, Breitbart News noted that Hollywood weapons expert Bryan Carpenter stated that Alec Baldwin ignored the number one rule of gun safety in his on-set firearm mishap. The New York Post quoted Carpenter stressing that the number one rule is, “Loaded or unloaded, a weapon never gets pointed at another human being.”

It didn’t take Twitter long to chime in on the incredibly irresponsible maneuver.

Here's a video of ADA Binger breaking multiple rules regarding the safe handling of a firearm during the Rittenhouse trial. He points the rifle at a crowded courtroom with his finger on the trigger. pic.twitter.com/8TKjoZznpb

Bolt closed with finger on the trigger.

Come on Binger. Finger off the trigger. Even Kyle knows better in the middle of a riot. I really hope you're not flagging anyone. pic.twitter.com/3u1aR7jK5C

Binger put the lives of every juror at risk by brandishing a firearm with his finger on the trigger. He must be indicted immediately!

The jury began deliberations in the case on Tuesday as upwards of 500 National Guard troops stood ready to protect the city of Kenosha, Wisconsin from possibly violent fallout from the verdict.