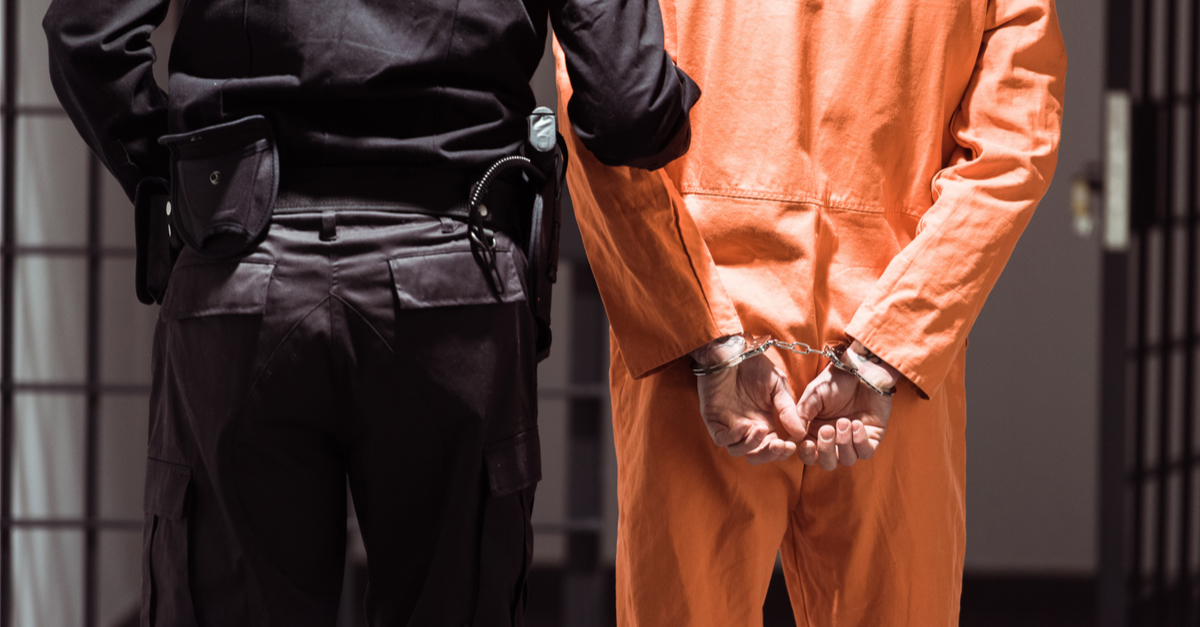 The following article, Op-Ed: Our Alternative to Prison Is 92% Cheaper Than Jail and Gives Decent People Hope, was first published on Flag And Cross.

Anel found herself in a four-block cell after getting caught for drug possession — a familiar story in America.

She started doing meth at just 14 years old. Eventually she motel-hopped to keep up her addictions, but she also had a husband and children to think about as well as the years went on. “I was living a double life as a functioning addict,” Anel told me, “hiding my drug use from my family.”

When she was arrested, her marriage fell apart, and her children were taken away from her. She lost everything.

But soon after Anel hit rock bottom, she experienced a life-changing transformation. Through it, she has become living proof that no man or woman is ever beyond hope.

Anel wanted to start fresh after prison, so she looked for help. For Anel, that meant clearing her criminal record so she could get a job, as steps toward getting her children back. At the Dream Center, we provided basic essentials such as housing and became a fierce advocate for her.

At one point, I went to court myself to support Anel, help her get all of her charges dropped and ensure she would get a chance for a fresh start at life and be reunited with her family.

Anel was fortunate to be approved for our prison alternative program, where she began the hard road to sobriety and also began to recover from the mental toll of being incarcerated. And now, not only has she been sober for half a year, but she has been able to recover from the trauma of prison and the fearful future of never being able to see her kids again.

In Anel’s own words, “Being here has strengthened my faith to believe in miracles.”

Through my work leading an organization that helps those recovering from addiction, I have seen that recovery takes time, love and a supportive environment. It also takes the willingness to embark on an inward transformation, not just extensive behavior modification. We specialize in giving people a purpose and letting them know they were created to love and be loved.

Incarceration is not the complete answer to stopping crime and protecting lives; rehabilitation is.

“Recovery” today includes prison recovery because incarcerated people are often traumatized people. When they are released, they are technically “free” from prison, but are still imprisoned in the state of mental health or substance abuse mindset that landed them in prison in the first place.

Roughly 2.2 million United States citizens could end up in the same traumatic situation as Anel. That is the number of people incarcerated in the U.S. in 2020 — the highest incarceration rate worldwide, according to the American Psychological Association.

The number of people currently incarcerated is staggering, and their needs after prison are even more staggering.

Each of these individuals, especially non-violent offenders, needs to be able to find a place that serves either as a prison alternative or as a home to start over again when they come out of prison. They need hope every day they’re behind bars that there’s potential for a new life ahead. They need more than correction; they need transformation so eventually they can experience total freedom.

Getting a second chance means transitioning into civilization and the pressures of society. Yet Anel is highly motivated. Her desire is to show others that a different kind of freedom can be found. She told me recently, “My goal is to get a job working for the probation department. I want to help those who may be in a similar situation that I was once in.”

Anel, along with thousands of other former inmates, has learned that recovering from addiction, incarceration or abuse is not just for herself but for everyone in her life. “I know that no matter what I choose to do,” Anel said, “My main priority is to be a better mother, daughter, wife and sister.”

Anel isn’t the only one who has seen the other side and come out of a drug arrest with stunning results. She has joined the ranks of thousands who are thankful for a second chance at life because of organizations that offer prison alternatives and rehabilitation.

The Dream Center’s Discipleship and Recovery Program is familiar to many city officials here in Los Angeles, including a number of judges. And they often tell us how pleased they are with the outcomes they’re seeing from past inmates as a result of their transformation here on our campus.

What’s more, the cost of a year in prison is astronomically higher than a prison alternative. It costs, on average, $81,000 a year to pay for an individual’s time in prison in California, whereas it’s only $6,000 a year to spend that time with us.

When considering both the costs (financial and psychological) and the results, it’s quite clear that incarceration cannot be our final answer. We must be a people and a nation that provides a more holistic path forward.

Continue reading: Op-Ed: Our Alternative to Prison Is 92% Cheaper Than Jail and Gives Decent People Hope ...