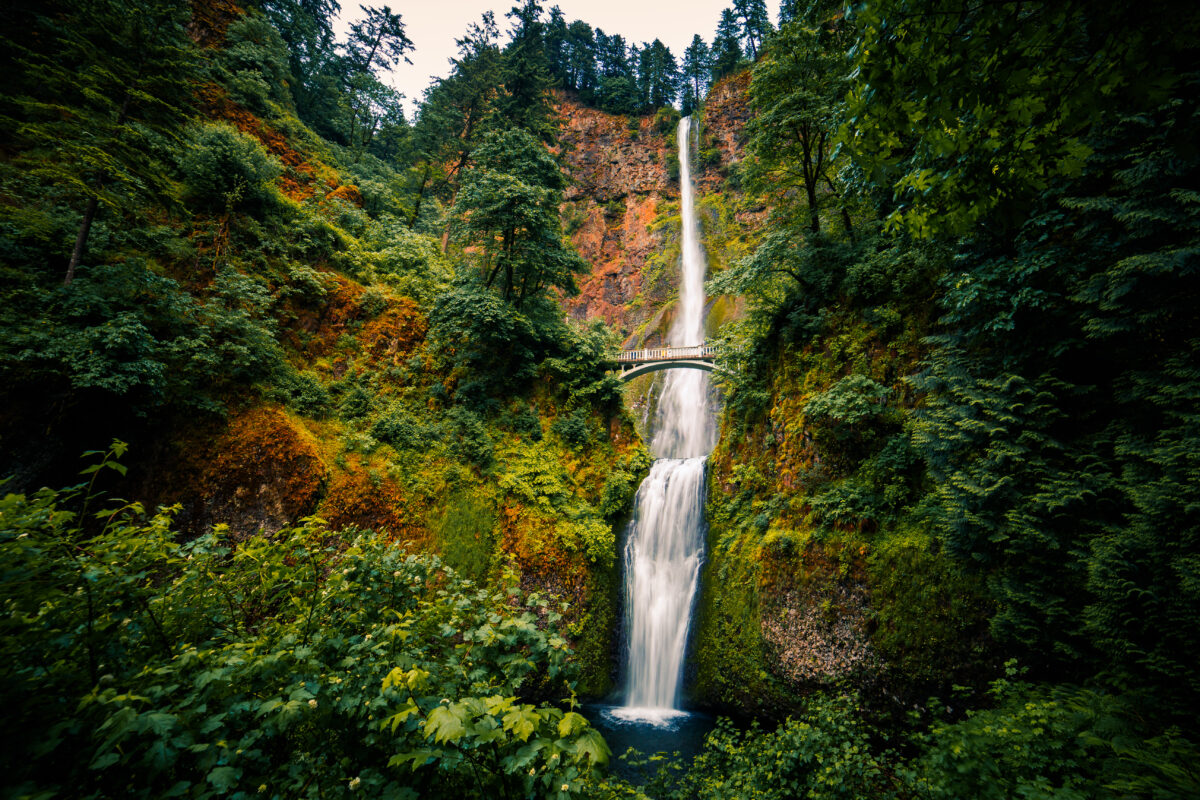 The following article, Mom, Toddler Survive Over 100-Foot Fall from Popular Oregon Landmark, was first published on Flag And Cross.

A mother was planning to spend a nice day with her 2-year-old daughter at popular Multnomah Falls in Oregon on Sunday, but they ended up getting the scare of a lifetime.

The hiking trail they were on was slick, as it had been raining, and at some point the toddler slipped, according to KGW-TV. Mom reacted — grabbing the toddler and trying to pull her up — but mom lost her footing, too, and both tumbled to the creek below.

Initial reports put the distance at 50 feet, but later reports stated the pair likely fell 100 to 150 feet. Good Samaritans leaped into action, providing assistance immediately while others gathered blankets and jackets from the gift shop.

Providentially, one of the good Samaritans was an off-duty emergency-room doctor, according to KATU-TV.

At about 12:20 p.m., deputies arrived, and shortly afterward the mother and daughter, whose names were not released, were taken to the hospital.

“The mom and daughter were transported to the hospital to receive treatment for their injuries,” spokesperson Chris Liedle, with the Multnomah County Sheriff’s Office, told NBC News.

“Both of them were alert and conscious. Neither of their injuries were life-threatening.

“It was initially reported to 911 the height of the fall was approximately 50 feet. After confirming where the two hikers fell, responders believe the fall was closer to 100 to 150 feet.”

Witnesses said the scene was terrifying but that it was encouraging to see how strangers rallied to help the victims.

“Someone had grabbed the baby from the mom, and then somebody else was down there with the mom, making sure she was OK.”

“Eventually, (I) saw the mother and the baby getting carried out of the water,” Julia Hariri, another witness, recalled. “The baby was the only one that was actually on the ground right here, with people huddled around her.”

Jill Willis, vice president of the Multnomah Falls Company, said that by the time she got to the scene, others already had responded to the emergency.

“When I came up here, and I had some of the blankets and jackets, good Samaritans had already surrounded the little one,” Willis told KATU.

Mother and daughter are expected to recover, but after the scare, some of the good Samaritans changed their plans and decided not to hike the trail.

Experts urge hikers to be mindful of the conditions while hiking, especially during rainy periods.

According to the U.S. Department of Agriculture, Multnomah Falls is Oregon’s tallest cascade and the most-visited natural recreation location in the Pacific Northwest.