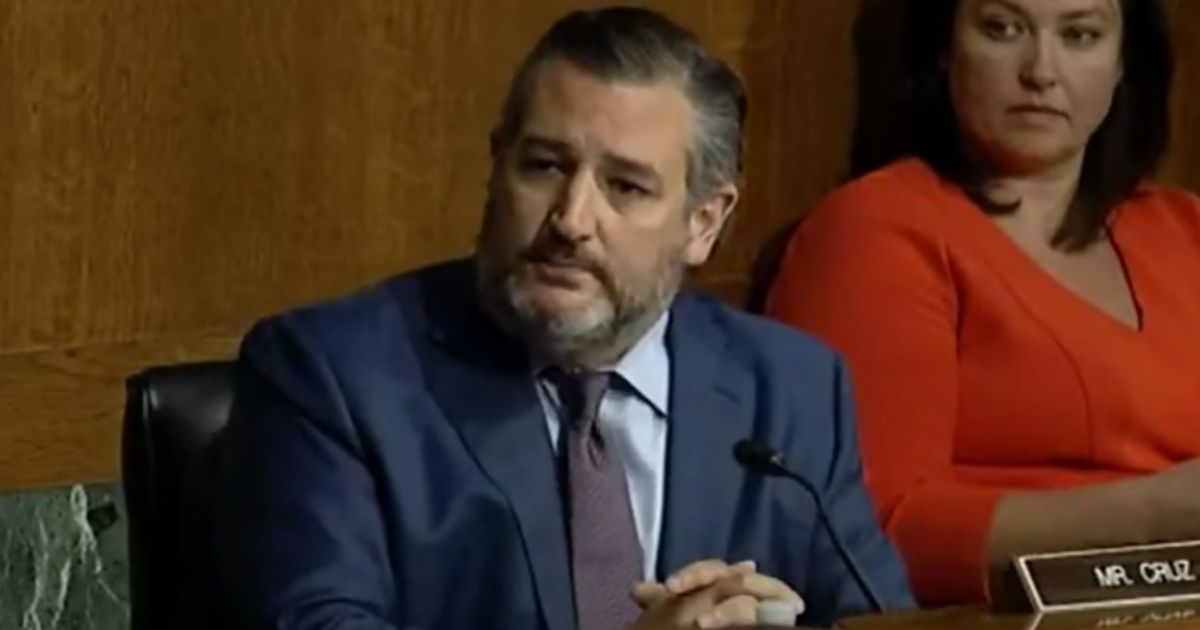 The following article, Cruz Nails House GOP Members Who Voted for Biden’s Infrastructure Bill: ‘They Breathed Life Into It’, was first published on Flag And Cross.

If the Republicans had stuck together in the House of Representatives, President Joe Biden’s infrastructure bill would be dead.

After all, six progressive Democrats refused to lend their votes to the $1.2 trillion plan unless the Democrats’ $1.75 trillion spending bill was also passed along with it. Perhaps they could have been induced to give in later, but without their support, the bill wouldn’t have passed this time around.

Instead, 13 House Republicans broke ranks and voted with Democrats, delivering a 228-206 victory for the president and for Democrat leadership on Nov. 5. The bill had already passed the Senate in August — with 19 GOP votes, Republicans who thought they were cutting a deal precluding the Democrats from spending more on things that weren’t really “infrastructure.” (In truth, much of that spending has just been pushed to the now $1.75 trillion “Build Back Better” bill.)

Appearing on Fox News’ “Sunday Morning Futures” this weekend, Texas Republican Sen. Ted Cruz had a message for the 13 House Republicans who broke ranks: Biden’s infrastructure bill “was failing” and “they breathed life into it.”

During the interview, host Maria Bartiromo noted that the Nov. 2 elections, which saw Democrat Terry McAuliffe defeated in Virginia’s gubernatorial race and New Jersey Democratic Gov. Phil Murphy nearly ousted by his Republican challenger, might have been a signal to the nation’s politicians.

“You would have thought that the Democrats saw Virginia and New Jersey as a wake-up call to slow things down,” she said, but that they’d done “the opposite.”

“What exactly did that do? Now, because they did that, the path is wide open for much higher taxes for the rest of us to pay. Isn’t that true?”

Cruz said this was “exactly true, and it’s maddening.”

At least in the Senate, Cruz said, “we spent week after week at lunch yelling at each other,” with those in support of the infrastructure plan arguing it would preclude the budgetary excesses the Democrats had been promising.

“They argued, ‘If we pass this, it’ll make the other less likely to pass.’

“That never made sense to me,” Cruz said.

His take on the House Republicans was even more withering, however.

“And I will tell you, in the House, for the House Republicans who voted for this: Joe Biden and the Democrats, their agenda was on the rails,” Cruz said. “It was failing. It was on the way to going down.

“And what those Republicans did is they breathed life into it. They gave Joe Biden a political win,” he continued.

“He’ll now go across the country touting, ‘Look at this big bipartisan win.’ And that additional momentum, unfortunately, makes it more likely that they whip their Democrats into shape and pass some multi-trillion-dollar spending bill on top of this that will include, unfortunately, trillions in new taxes. That’s what the stakes are all about. I still hope it doesn’t happen.”

The only chance it doesn’t, at this point, is if the Democrats’ spending bill continues to be blocked in the Senate by West Virginia Democrat Sen. Joe Manchin, who’s been holding up the plan up at present. That said, this kind of spending can only be financed through higher taxes — which aren’t going to be staved off forever, no matter what Manchin does.

Malliotakis told the New York Post that the bill would “improve the safety and prosperity of communities across America and make the necessary improvements to bring our infrastructure into the 21st century.”

“For far too long, our local, state, and federal leaders have neglected to modernize New York City’s aging infrastructure to keep pace with economic and population growth,” she said.

“The funding stream we are providing today will be used by states and cities to modernize roads, highways, bridges, sewer systems, and flood resiliency projects, including right here on Staten Island and in Southern Brooklyn.”

Katko, another New York Democrat, defended his vote by saying the plan would deliver on money to his state.

“This bill is a win,” Katko wrote in a tweeted statement, telling voters the spending would deliver a “once in a generation investment in our nation’s physical infrastructure including our roads and bridges, ports and waterways, broadband networks, electrical grid, clean water systems, and airports.”

My statement on tonight’s votes in the House. pic.twitter.com/T6deqceSpS

Of the 13 Republicans who voted for the bill, it’s worth noting six were from New Jersey and New York, states that saw a windfall in spending from the bill.

Another two, Ohio Rep. Anthony Gonzalez and Illinois Rep. Adam Kinzinger, are noted Trump critics, both are retiring from Congress, and both of whom have broken from the party on a number of issues.

What these Republicans have done is consigned the country to higher taxes and spending that inevitably will not provide the return the administration and Democrats are promising it will.

Cruz is right — they breathed life into a bill that was dead to rights and handed the Biden administration a huge win.

Like the 19 Republicans in the Senate who voted for the infrastructure plan under the pretense it would preclude more spending by the Democrats, they may come to quickly regret the move — particularly when the bill comes due.