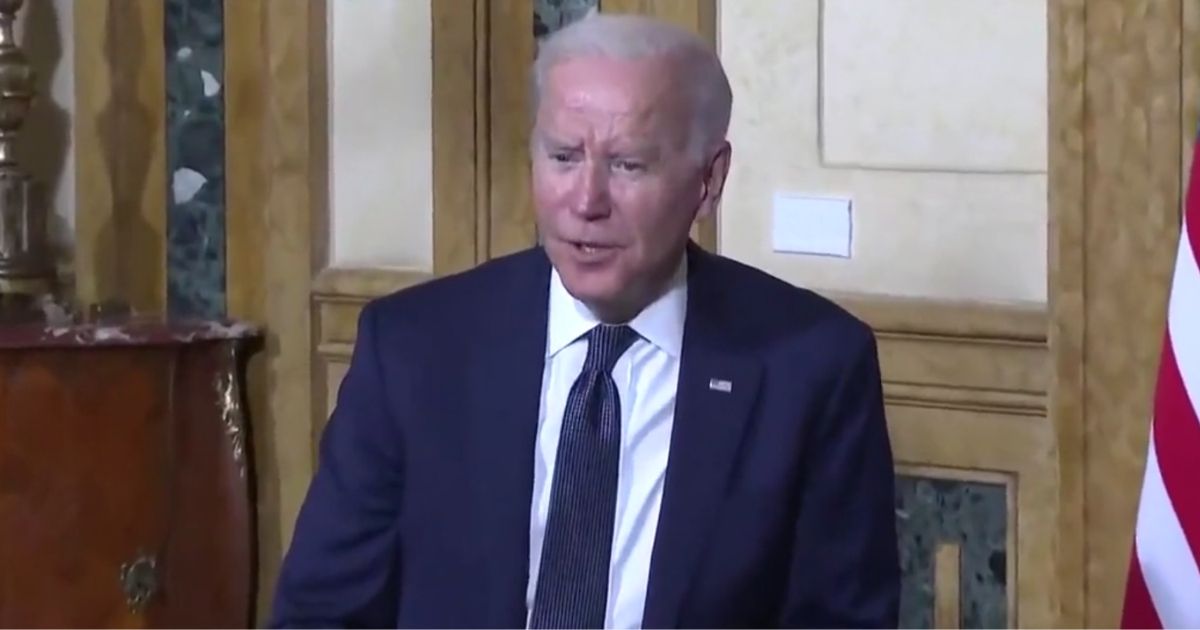 Will the real President Joe Biden please stand up, at least when it comes to payouts to illegal immigrants?

On Oct. 28, The Wall Street Journal first reported that the Biden administration was considering payments of up to $450,000 per individual in a suit over the separation of families that had illegally immigrated to the United States.

“The American Civil Liberties Union, which represents families in one of the lawsuits, has identified about 5,500 children separated at the border over the course of the Trump administration, citing figures provided to it by the government,” the Journal reported at the time.

“The number of families eligible under the potential settlement is expected to be smaller, the people said, as government officials aren’t sure how many will come forward. Around 940 claims have so far been filed by the families, the people said.

“The total potential payout could be $1 billion or more.”

Those numbers were alarming enough that President Biden disavowed them when asked on Wednesday. When a reporter inquired if the payouts might entice migrants looking to illegally enter the United States, Biden said, “If you guys keep sending that garbage out, yeah. But it’s not true,” The Wall Street Journal reported.

“That’s not going to happen,” Biden added, according to a Rev.com transcript.

The White House quickly walked back — or clarified, as they say — Biden’s original remarks.

On Thursday, White House deputy press secretary Karine Jean-Pierre said what Biden “was reacting to was the dollar figure that was mentioned” when the question was asked, according to a transcript.

She added that, “if it saves taxpayer dollars and puts the disastrous history of the previous administration’s use of zero tolerance and family separation behind us, the president is perfectly comfortable with the Department of Justice settling with the individuals and families who are currently in litigation with the U.S. government.”

Then came Friday’s White House media briefing, when Jean-Pierre was asked, “Why give taxpayer money to people who broke federal law to get here?” She acted as if she didn’t quite understand the question, as per a White House transcript. However, she said “one of the things that we have to remember, what — why we’re in this place that — where we are today is because we had an administration that had an inhumane, immoral policy that was taking babies away from their families, from their mothers.”

All of this was apparently in preparation for Biden’s tonal shift on the issue. On Wednesday, remember, this was all about media outlets “sending that garbage out” about the settlement and it was “not going to happen.” On Saturday, we saw the president angry again — but this time about the immigration-related perfidies of the Trump administration.

When asked about where the lawsuit stood, Biden said his “garbage” comment was only about the number and got heated when talking about parent-child separations under Trump at the U.S. border with Mexico, according to The Hill.

.@POTUS: “If in fact, because of the outrageous behavior of the last administration, you coming across the border, whether it was legal or illegal, and you lost your child, it’s gone, you deserve some kind of compensation, no matter what the circumstance.” https://t.co/YrL0LQRen1 pic.twitter.com/hxnrl6xtxB

“Now here’s the thing. If in fact because of the outrageous behavior of the last administration, you coming across the border, whether it was legal or illegal, and you lost your child,” Biden said, raising his voice and wagging a finger.

“You lost your child. It’s gone. You deserve some kind of compensation, no matter what the circumstance. What that will be, I have no idea.”

The lawsuit in question deals with President Donald Trump’s so-called “zero tolerance” policy in 2018, which saw mass detentions of those illegally crossing our southern border. However, due to a legal precedent known as the Flores settlement, minors detained for illegal immigration could only be kept in custody for 20 days. Thus, families were separated, teeth were gnashed and garments were rended.

Of course, it’s worth noting that under the administration of former President Barack Obama — with Joe Biden as vice president — the exact same thing happened. Not that Biden actually remembered it when it came up on the Democratic presidential debate stage.

Joe Biden just said the Obama admin did not “lock kids in cages or separate families.”

This is one of the most sickening lies I have ever heard on a Presidential debate stage.

Here are dozens of photos of Obama/Biden admin locking kids in cages.

It might not have been because of a “zero tolerance” policy — as The Hill noted at the time, “separations occurred on a case-by-case basis for parents being prosecuted on more serious charges than illegally crossing the border or in cases when an adult was suspected of not being a child’s parent.” However, they did occur.

So, who is the real Joe Biden on settlements with families who immigrated to America illegally? Is he the angry guy calling a report that a $450,000-a-person settlement was imminent “garbage?” Or is he the angry guy wagging his finger at the Trump administration for family separations that happened because they enforced the law, and tacitly promising a reasonable payday?

Given how often his handlers steer him on issues like these, you make the call.