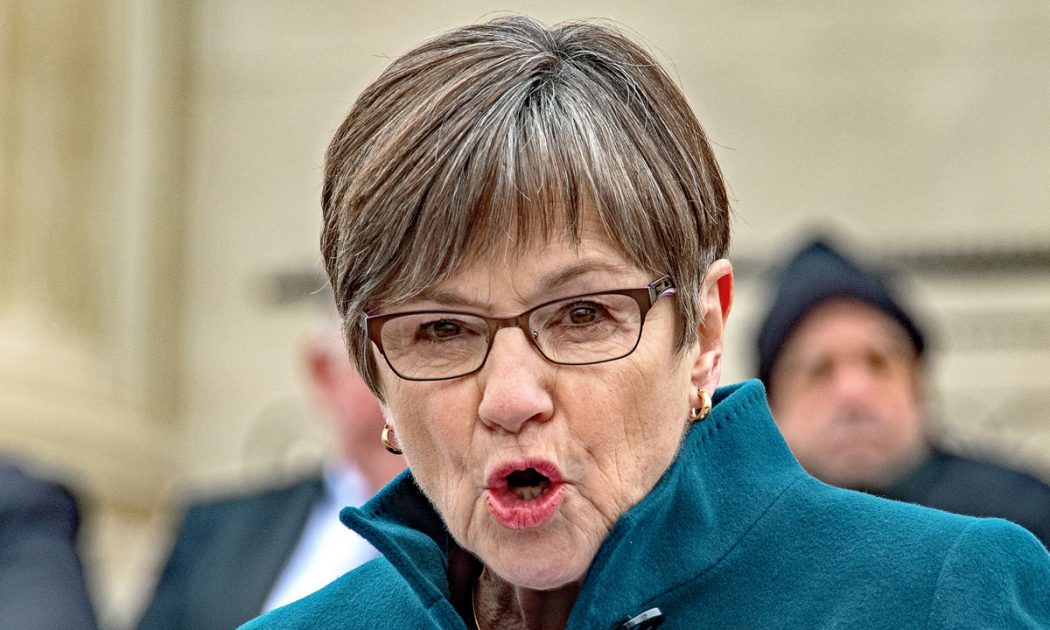 The following article, Democratic Governor Defies Biden, Comes Out Against His Tyrannical Mandate, was first published on Flag And Cross.

Kansas Democratic Gov. Laura Kelly announced Friday she is opposed to President Joe Biden’s COVID-19 vaccine mandate for companies with 100 or more employees, saying it is not the “correct” solution.

The statement makes Kelly the first Democratic governor to officially oppose the mandate.

“Yesterday, I reviewed the new vaccine mandate from the Biden Administration. While I appreciate the intention to keep people safe, a goal I share, I don’t believe this directive is the correct, or the most effective, solution for Kansas,” Kelly said.

Kelly also expressed that the timing of the mandate is too late, as Kansas already has systems in place that work for residents.

“It is too late to impose a federal standard now that we have already developed systems and strategies that are tailored for our specific needs,” she said.

The governor said she will look for a solution that is better suited to the needs of the people of Kansas.

“I will seek a resolution that continues to recognize the uniqueness of our state and builds on our on-going efforts to combat a once-in-a-century crisis,” she said.

Kelly is not the only leader to come out against the president’s employer vaccine mandate.

Republican National Committee chairwoman Ronna McDaniel released a statement on Thursday announcing the organization is suing the Biden administration over the mandate, calling it “authoritarian overreach.”

The Republican National Committee is suing the Biden admin for its forced vaccine mandate. pic.twitter.com/fm0iv5d5Zc

“Joe Biden failed to shut down the virus as he promised — he couldn’t do his job, so now he wants you to lose yours,” McDaniel said. “This mandate is yet another attack on frontline workers, first responders, small businesses, and the rights of the American people.”

“This morning, the Biden Administration released their guidance through OSHA that affects over 100 million Americans,” Noem tweeted.

This morning, the Biden Administration released their guidance through OSHA that affects over 100 million Americans.

I am announcing that today, we are joining a lawsuit against the Biden Administration’s unconstitutional vaccine mandates.@JoeBiden, see you in court. pic.twitter.com/sA3xnEIYuQ

“I am announcing that today, we are joining a lawsuit against the Biden Administration’s unconstitutional vaccine mandates. [Biden], see you in court.”