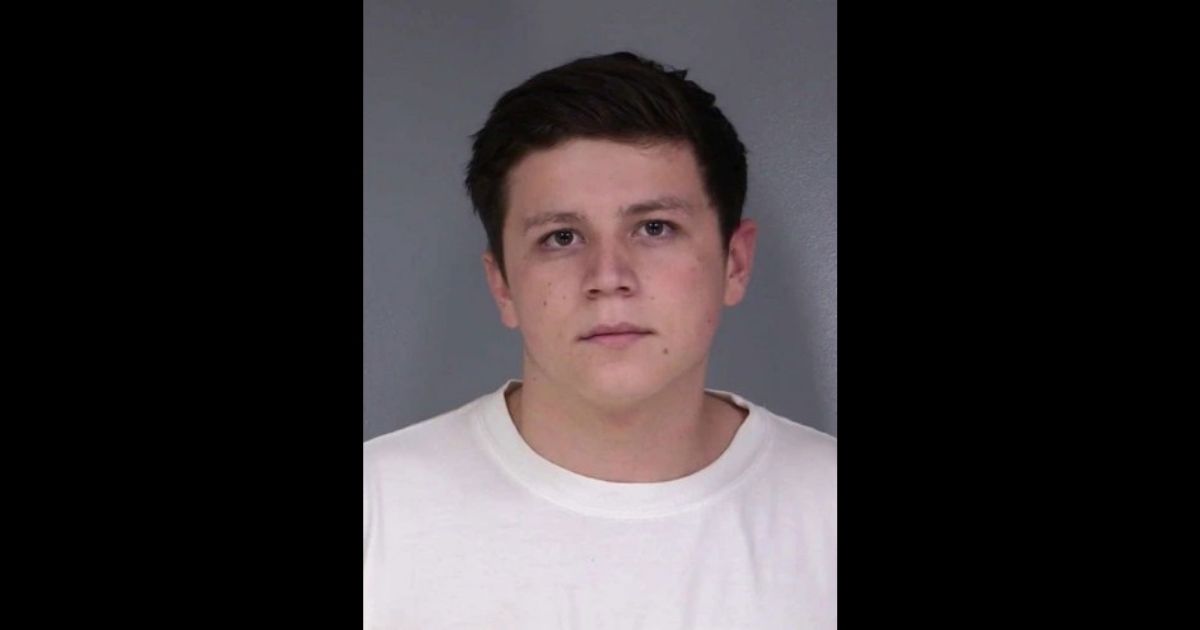 The following article, Mass Murder: Teen Kills Girl and Her Parents After Being Caught in Her Bedroom, was first published on Flag And Cross.

A 19-year-old from California admitted this week that he killed a 16-year-old girl and her parents after he was found in the girl’s bed.

Mauricio Johnson, who was 18 at the time of the Feb. 9 shootings, pleaded guilty on Tuesday and faces a sentence of 150 years to life in jail, although he would be eligible for parole in 25 years, the New York Post reported.

Johnson admitted to killing Nikki Metcalf and Margarett Moon, both 40, and their daughter, Shelly Autumn May Moon, in their home on the Rohnerville Rancheria Reservation.

Johnson was in the house “with the permission of several minors” who lived there, according to prosecutors, and drinking was taking place among underage youth.

After most of the family had gone to sleep, Metcalf, Shelly Autumn May Moon’s stepfather, found Johnson and the girl in her bed.

Metcalf hit Johnson, who then left the bedroom, pulling his pants up as he did so, according to a search warrant cited by Law and Crime.

When he reached the living room, he pulled a gun from his backpack and shot Metcalf in the head.

Johnson then shot the girl’s mother when she came into the living room. Finally, he shot the girl herself “because he did not want to have any witnesses,” according to the warrant.

A witness who later spoke with Johnson told investigators that “when the girl’s stepdad walked in, the stepfather started ‘getting tough’ with Mauricio,” which led to the shooting.

Johnson fled the scene and eventually fled the state, traveling with his mother, Melissa Johnson, and Von Eric Keener, her boyfriend, The Mercury News of San Jose reported. They were eventually stopped in Utah.

The DA’s office explained its rationale for accepting the plea in a statement on its website.

“If the case had proceeded to trial and a jury found the defendant guilty of the charges above and the additional special allegation of multiple murders, a judge might have sentenced the defendant to life in prison without the possibility of parole,” the statement said.

“In agreeing to the plea, the Humboldt County District Attorney’s Office considered several factors, including: 1) the plea satisfies the public safety mission of the Office, 2) a trial would require testimony from young people who have suffered a tragedy, 3) the wishes of family members of the victims, 4) the retention of hope for the positive transformation of a person 18 years of age at the time of their crime, and 5) likely changes to California law.

“Attorneys and victim advocates from the District Attorney’s Office spoke with many members of the victims’ families, friends, and additional members of the community. Understandably, given the terrible harm done by the defendant, the people most affected by the murders expressed differing views on whether to accept the plea or proceed to trial.”

The statement noted that “youthful offenders all currently receive a parole hearing in their 25th year of incarceration, unless they are serving life without the possibility of parole.”

“California legislators are seeking to modify the parole eligibility of youthful offenders, so that all would be entitled to a parole hearing regardless of their original sentence. The defendant’s agreed upon sentence would be the maximum sentence he could receive if the law under consideration takes effect.”

Sentencing is scheduled for Jan. 21.

Continue reading: Mass Murder: Teen Kills Girl and Her Parents After Being Caught in Her Bedroom ...