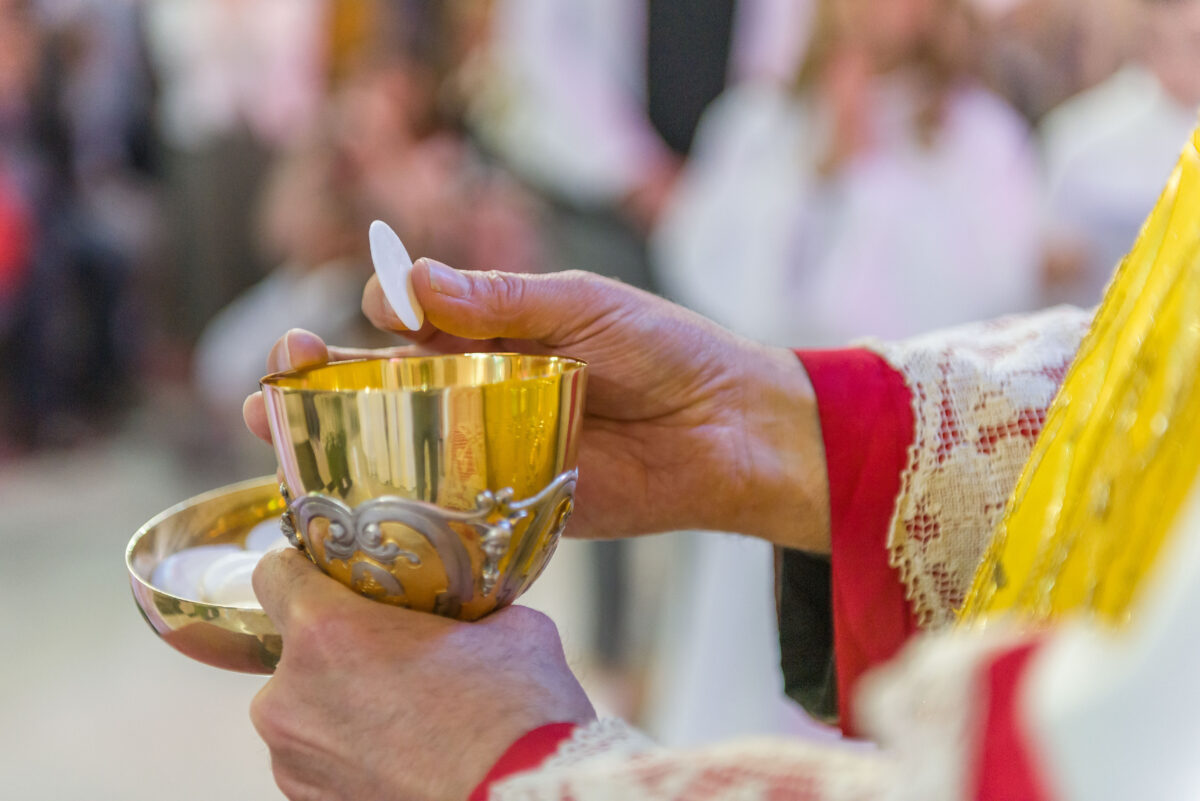 The following article, Pro-Abortion Biden Says Pope Francis Told Him He Is a ‘Good Catholic’ and to ‘Keep Receiving Communion’, was first published on Flag And Cross.

The Catholic Church has long been a staunch opponent of abortion, viewing it as the taking of innocent human life. On Friday, President Joe Biden indicated that opposition has not changed Pope Francis’ opinion of him despite his pro-abortion stance.

Biden met with Francis at the Vatican on Friday, and in the president’s opinion, the conversation went swimmingly, The Associated Press reported.

“We just talked about the fact he was happy that I was a good Catholic and I should keep receiving Communion,” Biden said of the conversation.

He also said abortion did not come up during their time together, which seems to contradict his previous statement.

In order to be a “good Catholic,” one would think Biden would have to not support the killing of innocent children.

Just a day before his meeting with Biden, the pope publicly reaffirmed that the Catholic Church did not support abortion, according to CNS News.

Francis was giving his weekly speech, during which time he blessed church bells commissioned by a Polish pro-life group.

“Today I blessed the bells bearing the name ‘The voice of the unborn,'” he said. “They are destined for Ecuador and Ukraine. For these nations and for all countries, may they be a sign of commitment to the defense of human life from conception to natural death.

“May their sound proclaim to the world the Gospel of Life, awakening the people’s consciences and the memory of the unborn. I entrust to your prayer every conceived child, whose life is sacred and inviolable.”

The pope clearly stated that every conceived child represents a life, a sentiment shared by pro-life advocates. Abby Johnson, the former director of Planned Parenthood who has now become a prominent voice for life, shared a similar message on her Twitter timeline Friday.

“The scientific fact that life begins at conception is not a suggestion,” she said. “Stop pretending it is.”

For Biden’s part, he has publicly supported ending the lives of children well after they are conceived.

During the 2020 Democratic primary race, he even switched his position on the Hyde Amendment, which prohibits federal funds from being used for abortions, The Hill reported.

Biden had supported it throughout his political career but did a complete 180 and declared he now opposed it.

Either Biden did this to win political points with the progressive crowd and boost his chances of getting elected, or he truly believes there is no moral problem with the federal government funding abortions. Both of those possibilities put him in direct contrast with the Catholic Church.

Many Catholic leaders have questioned Biden’s eligibility to receive Communion because of his pro-abortion position.

In February, Father Jerry Pokorsky even called him “the most aggressively anti-Catholic President in history.”

When Biden was asked about being denied Communion in June, he seemed shocked and offended that the suggestion would even be made.

“That’s a private matter and I don’t think that’s going to happen,” the president said.

Biden looked like a deer in the headlights just now as a reporter asked for his thoughts on U.S Catholic bishops taking steps toward possible rebuke of him due to his conflicting actions on abortion:

“That’s a private matter and I don’t think that’s going to happen.” pic.twitter.com/xa84y97GwB

Whether he or Pope Francis wants to admit it, Biden is in direct opposition to Catholic teaching, and there should be consequences for his actions.

Continue reading: Pro-Abortion Biden Says Pope Francis Told Him He Is a ‘Good Catholic’ and to ‘Keep Receiving Communion’ ...