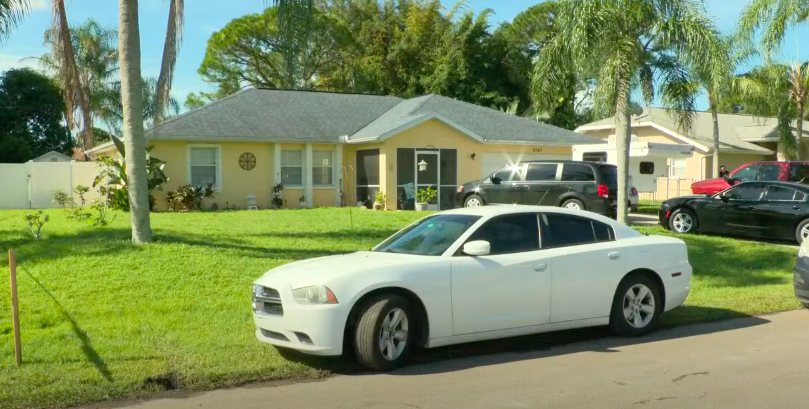 The following article, Coroner Arrives on Scene as Police Appear to Tell Brian Laundrie’s Parents They ‘Might Have Found Something’, was first published on Flag And Cross.

The parents of Brian Laundrie, the missing person of interest in the death of Gabby Petito, were seen in Myakkahatchee Creek Environmental Park in Florida Wednesday morning to examine some items potentially belonging to their son as a local coroner arrived on the scene.

In a video obtained by Fox News, an officer appeared to show Chris and Roberta Laundrie unknown items and allegedly told them, “I think we might have found something.”

The park was closed to the public and media following the discovery.

The couple left the park at approximately 8:45 a.m. local time. They “appeared emotional” upon arriving home to protesters, according to the report.

Petito and Laundrie’s story has captured the attention of the nation in recent weeks. After the couple traveled across the country in a van over the summer, Petito’s family became suspicious when they could not reach their daughter.

Petito’s family filed a missing person’s report that led to a nationwide search for their daughter. Petito’s body was found near a campsite in Wyoming’s Grand Teton National Park on Sept. 19.

A coroner’s report later declared her death was due to “strangling by a human being.” Laundrie has served as the key suspect.

A later report revealed the couple had been stopped by police in August regarding a reported domestic dispute.

The couple was later released after officers interviewed Petito and Laundrie regarding the incident.

The nationwide search for Laundrie has continued unsuccessfully for several weeks. Reports from as far away as the Appalachian Trail surfaced, with even the famous Dog the Bounty Hunter at one time being involved in the search.

Nicole Schmidt, Petito’s mother, took to Twitter earlier in October with a message aimed at Laundrie, urging him to turn himself in to law enforcement.

Mama bear is getting angry!
Turn yourself in!

On her Twitter account, Schmidt described herself as “A mom on a mission, the fight for change and prevention will never end! My Gabby will never be forgotten!”

Continue reading: Coroner Arrives on Scene as Police Appear to Tell Brian Laundrie’s Parents They ‘Might Have Found Something’ ...