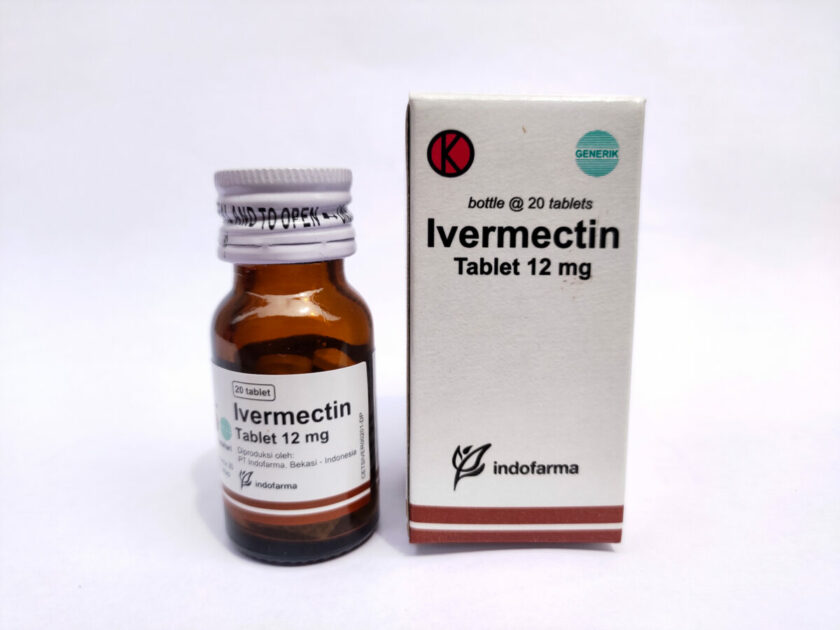 The following article, Ivermectin’s ‘Immeasurable’ Impact Won the Scientists Behind It the 2015 Nobel Prize for Medicine, was first published on Flag And Cross.

The drug Ivermectin has become commonly known amid the pandemic over controversial claims that it could be used as an effective therapeutic against the coronavirus. However, just a few years ago, hardly anyone aside from doctors and farmers knew what it was.

Yet contrary to an all-too-common characterization of the drug as a horse paste, its use was far from restricted to the world of large-animal veterinary practice.

Earlier this year, Rolling Stone magazine threw journalistic caution to the wind and published a salacious story about how hospitals were filling up with patients who had been irresponsibly taking Ivermectin to ward off COVID-19, a report that turned out to be all but entirely false.

In reality, not only has Ivermectin long been used in humans to treat some of the globe’s most common diseases, but long before the pandemic began, its positive impact on the third world was so profound that the scientists who developed the drug won a Nobel Prize in 2015.

Sorry, what was that about “horse paste”? Yeah.

“Diseases caused by parasites have plagued humankind for millennia and constitute a major global health problem,” the Nobel Assembly at Karolinska Institutet wrote in 2015. “In particular, parasitic diseases affect the world’s poorest populations and represent a huge barrier to improving human health and wellbeing. This year’s Nobel Laureates have developed therapies that have revolutionized the treatment of some of the most devastating parasitic diseases.

“William C. Campbell and Satoshi Ōmura discovered a new drug, Avermectin, the derivatives of which have radically lowered the incidence of River Blindness and Lymphatic Filariasis, as well as showing efficacy against an expanding number of other parasitic diseases,” the committee wrote of the recipients of the 2015 Nobel Prize in Physiology or Medicine. “Tu Youyou discovered Artemisinin, a drug that has significantly reduced the mortality rates for patients suffering from Malaria.”

The three doctors jointly were awarded the prize.

Their work addressed medically important parasitic worms known as helminths, which afflict one-third of the world’s population and are most prevalent in Sub-Saharan Africa, South Asia, and Central and South America.

The parasites that cause river blindness, or Onchocerciasis, and Lymphatic Filariasis afflict over 100 million people and can cause blindness and chronic swelling and other lifelong debilitations, respectively.

Malaria, meanwhile, is a mosquito-borne illness caused by single-cell parasites that invade blood cells and can cause brain damage and even death. Over 3.4 billion people are at risk of contracting Malaria, which kills over 450,000 people annually, particularly children, the committee noted in 2015.

“After decades of limited progress in developing durable therapies for parasitic diseases, the discoveries by this year’s Laureates radically changed the situation,” they said of the year’s winners.

“The discoveries of Avermectin and Artemisinin have fundamentally changed the treatment of parasitic diseases,” the press release announcing the winners explained. “Today the Avermectin-derivative Ivermectin is used in all parts of the world that are plagued by parasitic diseases. Ivermectin is highly effective against a range of parasites, has limited side effects and is freely available across the globe.”

“The importance of Ivermectin for improving the health and wellbeing of millions of individuals with River Blindness and Lymphatic Filariasis, primarily in the poorest regions of the world, is immeasurable,” the Nobel Assembly continued. “Treatment is so successful that these diseases are on the verge of eradication, which would be a major feat in the medical history of humankind.”

In short, Ivermectin is remarkably effective for treating an affliction that places a multitude of people at risk each year around the globe.

To put it even more simply: Ivermectin clearly has been safely used by humans.

Now, none of this is to say that the drug, for all its enormous benefits to fight parasitic illnesses in the developing world, has any proven benefit to COVID-19 patients.

The Centers for Disease Control and Prevention says trials to determine whether Ivermectin can be safely used to treat COVID-19 are ongoing and of course, COVID is a virus and not a parasitic infection.

However, it is worth noting that, despite what gets flagged on the internet by our information technology overlords, it’s not outlandish to suggest that Ivermectin has been considered by some legitimate public health researchers to potentially be an option to treat COVID-19.

The idea first was floated early in the pandemic when the journal Antiviral Research published a study pointing to its possible benefits in treating the novel coronavirus.

And last year, the National Library of Medicine published research comparing virus rates in African nations that participated in the African Program for Onchocerciasis Control (APOC), which included an intensive mass Ivermectin campaign, as compared to those that did not participate in the program.

Meanwhile, a Japanese study published in March made a similar comparison between African nations deploying Ivermectin to treat Onchocerciasis to those that were not and noted a mortality rate that was “significantly less” in the 31 nations widely using the drug.

Now, correlation doesn’t equal causation, of course. I’m also not a doctor and have no interest in playing one on the internet, so I’m not going to pretend I have the authority to make a case for the effectiveness of this drug to treat COVID-19.

What I do know is that the drug has been subject to what can only be described as a vehement smear campaign since relatively early in the pandemic.

This is despite the idea being viable enough for authoritative bodies to study the potential that it could be used to treat COVID-19 and that, at the very least, it long has been used in humans and, as you may have caught that the Nobel committee noted, has few side effects.

I mean, just consider the high praise paid to the scientists who developed this revolutionary drug, and then check out this August tweet from the Food and Drug Administration — a federal agency we’re presumably supposed to trust to determine if drugs are safe — mocking people for taking Ivermectin.

Does it worry anyone else that the FDA — the FDA!!!! — doesn’t seem to know that Ivermectin is commonly used among people as well as horses and cows? Anyone?

They sound more like Jimmy Kimmel wishing a “rest in peace, wheezy” to the hypothetical unvaccinated COVID-19 patient chowing down “horse paste” that he thinks should be denied medical treatment for forsaking medical right-think.

The assumption being, of course, that the virus is wiping out Americans and that the reckless and selfish people who still refuse to get vaccinated and heed so-called “misinformation” about COVID-19 treatments are the single driving force behind the high body count.

If this is the case, why is this potentially viable treatment option being denounced and belittled when it has done so much for humanity to treat other deadly ailments?

Again, I’m not telling you to run to the feed store to stock up on this antiparasitic wonder drug, but I can confidently say it is bizarre that Ivermectin has been so pointedly demonized by the powers that be when it certainly is not simply a horse drug.

Continue reading: Ivermectin’s ‘Immeasurable’ Impact Won the Scientists Behind It the 2015 Nobel Prize for Medicine ...